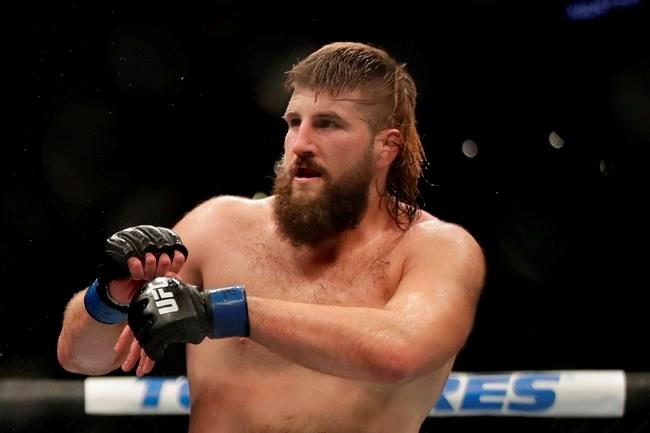 UFC officials confirmed the matchup, saying a location will be announced at a later date.

Boser (19-6-1) is currently ranked 15th among UFC heavyweight contenders after winning three of his four UFC bouts including his last two outings.

Arlovski defeated Tim Sylvia for the UFC interim championship in 2005. He eventually lost the undisputed title the next year to Sylvia. Arlovski won a decision over Philipe (Monstro) Lins last time out in May but is 2-4-0 with one no contest in his last seven UFC outings.

Boser, a native of Bonnyville, Alta., who fights out of Edmonton, also holds a win over Lins. He stopped Raphael Pessoa last time out in July.

Robertson, a native of Niagara Falls, Ont., who fights out of Coconut Creek, Fla., is 5-2-0 in the UFC and has won three of her last four including  a submission victory over Cortney Casey last time out in June.

This report by The Canadian Press was first published Oct. 1, 2020