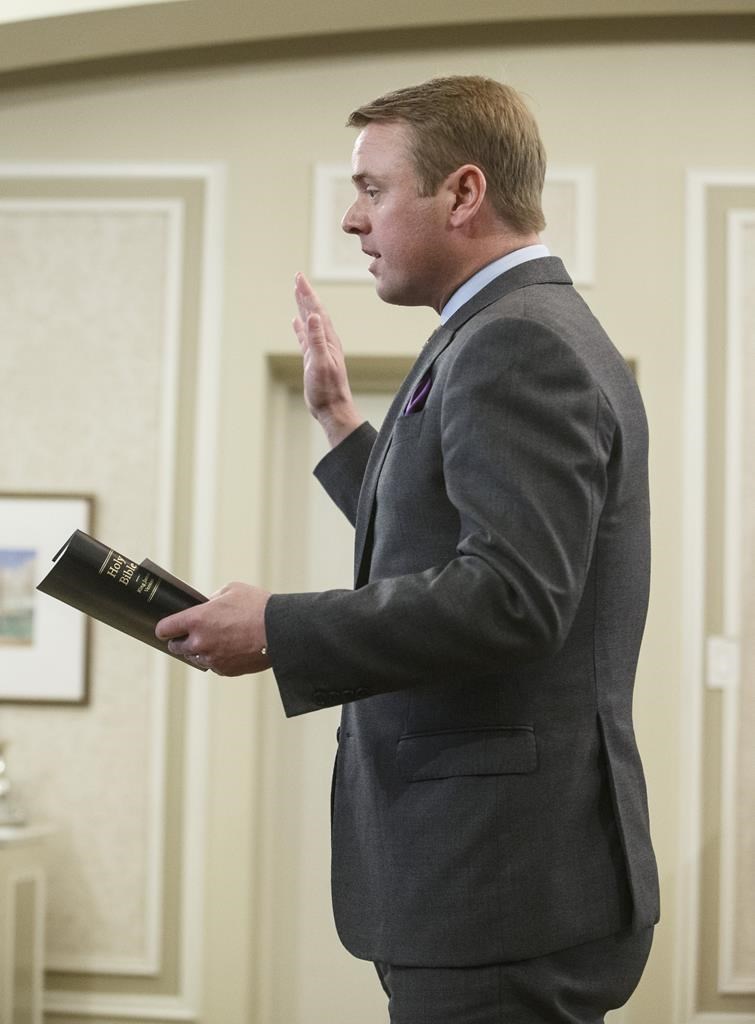 EDMONTON — Alberta's health minister says the government will delay bringing in changes to the fees doctors collect so that the province can continue to consult with physicians.

Tyler Shandro says he's encouraged by talks so far, but adds that ultimately there need to be reforms on how doctors bill for patient visits.

"That process needs to be streamlined ... so we're working on what that framework would look like," Shandro said Tuesday in an interview.

"(But) this is definitely not something that is happening Feb. 1."

Last November, the United Conservative government asked doctors for feedback on 11 proposed changes, some of which were tentatively set for next month.

The main bone of contention is changes to billing rules.

Alberta's current fee-for-service model allows family doctors to bill $41 as a base fee for each patient visit no matter how short or how long.

The province added an extra fee a decade ago, called a complex modifier, to recognize that some patients have multiple or complex issues and doctors should be compensated for overly long visits.

Doctors now are allowed to add 10 minutes to a 15-minute visit and bill the province another $18 for a total of $59.

The government is proposing that the extra fee not kick in until the 25-minute mark. It argues that 15 minutes is not enough for complex cases and that some doctors are abusing the rules.

The Alberta Medical Association says extending the length of a visit before the extra fee could be billed would reduce fees by a total of $200 million and devastate many family and rural practices.

Shandro's ministry, in an email, said data suggests the extra fee is being misused. It said too many doctors apply the $59 right at the 15-minute mark, making it the de facto base fee, and allowing them to potentially charge the higher fee four times in an hour.

The ministry said the complex modifier was meant to be for exceptional cases, but is being applied to half of all visits to a general physician and sometimes is applied to all visits.

"I'm happy to look at other alternatives with these physicians, so that it works for them and it works for the patients and people can spend the (appropriate) amount of time (per visit)."

Dr. Christine Molnar, head of the medical association, said in an interview last week there may be a small number of doctors abusing the fees, but "it's certainly not a large component as far as we can tell from our data.''

Some of the other changes the province wants include an end to double billing for overhead, no more duplicate billing for diagnostic imaging, and a cap on how many patients a doctor can see and bill for in a day.

The AMA says the government is on shaky legal ground by imposing policy changes affecting finances that are supposed to be negotiated at the bargaining table.

Alberta is paying $5.3 billion this year for physicians. Premier Jason Kenney has said there is room to find savings in government to reduce the deficit while making health care more efficient.

This report by The Canadian Press was first published Jan. 14, 2020

Ex-Alberta legislature member on tax strike over unpaid oilpatch property levies
Jan 22, 2020 12:14 PM
Alberta's privacy commissioner considers investigation into ID-scan at liquor stores
Jan 22, 2020 11:56 AM
Alberta Energy Regulator laying off staff, restructures, deals with budget cuts
Jan 21, 2020 7:49 PM
Comments
We welcome your feedback and encourage you to share your thoughts on this story. We ask that you be respectful of others and their points of view, refrain from personal attacks and stay on topic. To learn about our commenting policies and how we moderate, please read our Community Guidelines.