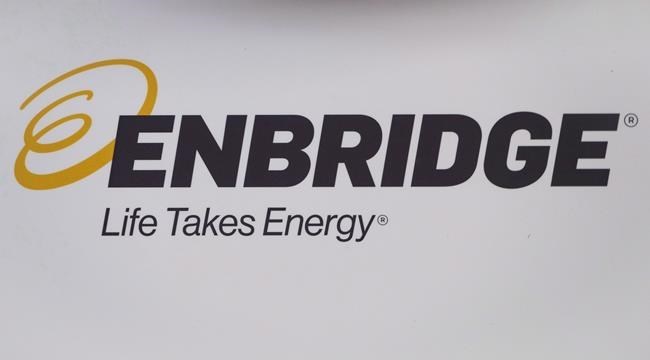 Calgary-based Enbridge Inc. is raising its bets on the growing liquefied natural gas export sector on the U.S. Gulf Coast by buying the pipeline that would supply the proposed Rio Grande LNG export facility.

Enbridge says it has agreed to pay US$15 million to NextDecade Corp. to buy the pipeline project, with an additional amount not to exceed US$10 million paid if NextDecade decides to go ahead with the LNG terminal in the Port of Brownsville, Texas.

Enbridge would be responsible for building and operating the US$1.2-billion pipeline, which has regulatory approval and capacity of up to 4.5 billion cubic feet per day of gas.

On a conference call to discuss fourth-quarter results on Friday, CEO Al Monaco said the U.S. Gulf Coast is a key growth region for Enbridge because of its heavy oil refineries and its role as an export hub for light oil and natural gas.

"We think the Gulf will be the epicentre of how North America will prosecute its global energy advantage, which is hinged on ultra-low-cost supply feeding growing global energy demand," he said.

The company has also struck a deal to supply the Annova LNG facility in Port of Brownsville if it goes ahead, through a US$500-million expansion of its Valley Crossing pipeline system.

Enbridge is working with a partner to develop a deep-water offshore crude oil export terminal capable of loading Very Large Crude Carriers (VLCCs) on the Gulf Coast and has announced an oil storage terminal at Houston with ultimate capacity of up to 15 million barrels.

The company's Mainline system, which delivers more than 60 per cent of Canada's oil exports into the United States, had record volumes of more than 2.7 million barrels per day in the fourth quarter and full year of 2019, Enbridge reported Friday.

It said it succeeded in adding 100,000 bpd in capacity with efficiency and minor expansions by year-end and will move ahead with a plan to add another 50,000 bpd in the same way this year.

A 50,000 bpd expansion of its Express Pipeline this year will mean about 200,000 bpd in new Mainline export capacity for western Canadian producers, it added.

Enbridge reported putting $7-billion worth of projects into service in the fourth quarter, including the $1.1-billion German Hohe See offshore wind project, the Gray Oak pipeline in Texas, and the Canadian segment of the Line 3 replacement project.

Monaco wouldn't speculate on whether Enbridge will be able to go back to construction on the U.S. portion of Line 3 this summer after winning a key Minnesota Public Utilities Commission decision earlier this month. He said its unclear when certain remaining needed permits will be granted.

Analysts had expected full year adjusted earnings of $5.39 billion or $2.67 per share.

Enbridge shares fell by as much as $1.10 or about two per cent to $54.65 in early trading on the Toronto Stock Exchange on Friday morning before recovering midday to $55.62, down 13 cents.

Companies in this story: (TSX:ENB)

Alberta skip Laura Walker's change of heart gets her to first Hearts
Feb 16, 2020 8:59 PM
Comments
We welcome your feedback and encourage you to share your thoughts on this story. We ask that you be respectful of others and their points of view, refrain from personal attacks and stay on topic. To learn about our commenting policies and how we moderate, please read our Community Guidelines.