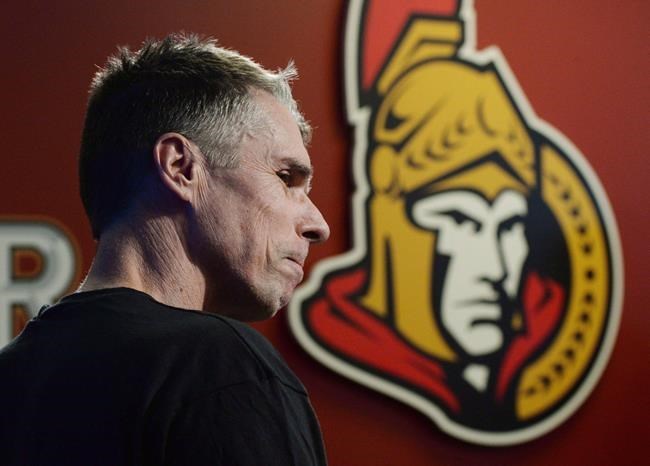 CALGARY — Dave Cameron has been named head coach of Canada's national junior hockey team and will guide the squad through the 2022 world junior championship in Edmonton and Red Deer, Alta.

Michael Dyck will return as the junior team's assistant coach and the staff will be rounded out by assistants Louis Robitaille, Dennis Williams and goaltending consultant Olivier Michaud.

Cameron returns to Ottawa and the junior program after spending five seasons with the Senators as a head coach and an assistant.

He took over the reins after Paul McLean was fired during the 2014-15 season and led the Ottawa team to a fourth-place finish in the Atlantic Division. Ottawa was then defeated in six games by Montreal in the first round of the playoffs.

Cameron was fired, along with assistant coaches Tourigny and Rick Wamsley, after Ottawa went 38-35-9 in 2015-16 and missed the playoffs.

He spent two seasons as an assistant coach with the Calgary Flames (2016-18) before moving abroad and spending the last three seasons as head coach of the Vienna Capitals of the Central European-based ICE Hockey League.

Internationally, he has won three medals at the world junior championship, winning silver as head coach in 2011, and gold and silver as an assistant coach in 2009 and 2010, respectively.

Cameron was an assistant coach on Canada's gold-winning team at the 2016 world championship.

Hockey Canada also announced its roster for its junior team's summer development camp, which begins next week at the Seven Chiefs Sportsplex on the Tsuut'ina Nation near Calgary.

This report by The Canadian Press was first published July 21, 2021.

Appeal Court convicts Calgary man who attacked woman while he was high on mushrooms
Jul 29, 2021 4:23 PM