Mountaintop coal mine hearings to begin amidst fears of pollution, development rush 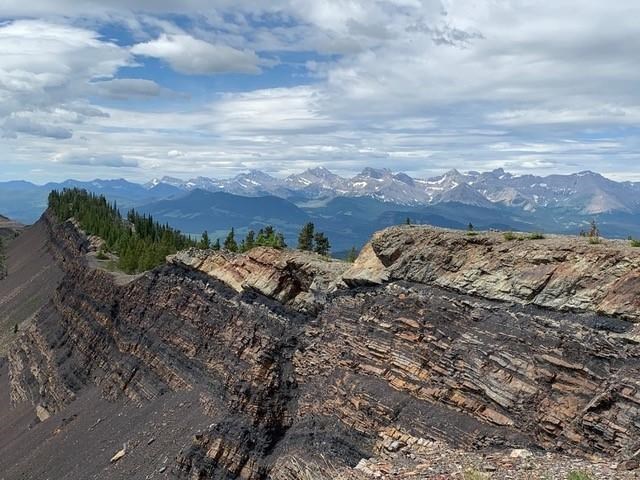 A proposed coal mine that would create hundreds of jobs but shear off a mountaintop in one of Alberta's most sensitive environments is to go to a public hearing this week.

Riversdale Resources, proponent of the Grassy Mountain steel-making coal project near the town of Blairmore in the province's southwest, says the mine would create two decades of solid employment and improve a site scarred by previous development.

Environmental groups and some residents fear it could unleash toxic metals into the headwaters of the Oldman River watershed relied on by everything from endangered trout to downstream cities. They say an approval would open the door to similar large, open-pit mines up and down the eastern slopes of the Rocky Mountains.

"If we get it wrong, it's permanent," said Bobbi Lambright of the Livingstone Landowners Group. She lives about 20 kilometres from Blairmore. "Once the top is blown off the mountain, it's gone."

Riversdale says the project would create about 500 jobs during two years of construction and 400 over the 23-year life of the mine. The company says it would pay $1.7 billion in royalties and $35 million in municipal taxes over that time.

It would also employ Alberta miners who are driving to British Columbia to work, said Blair Painter, mayor of the municipality of Crowsnest Pass, where coal has been dug from the ground for a century.

"It's hugely important to our community economically," Painter said. "Presently, we do not have an industry."

The proposal is also supported by all First Nations in the area.

But coal is often associated with selenium, a heavy metal vital in small doses, but toxic in large. Nearby mines in B.C. that are owned by Teck Resources are releasing so much selenium that U.S. officials downstream have complained.

Gary Houston, a vice-president at Riversdale, said that won't happen at Grassy Mountain. He said the company expects to successfully treat 99 per cent of selenium in the rocks using a new method developed by Teck, and has been designed to minimize contact between water and rocks containing the metal.

"We've learned, and in implementing a modern coal mine, we're focusing on not one technology but a layered approach to manage the issue."

Critics point out the Teck technology is still a pilot project. They say if its real-world efficiency falls to even 90 per cent, creeks flowing through the mine site could be contaminated within a decade.

"The overall efficiency of selenium removal might not be high enough to prevent increasing selenium concentrations in nearby surface water bodies," said a consultant's report filed to the review panel by the Canadian Parks and Wilderness Society.

Lethbridge city council, which relies on the Oldman, has expressed concerns about the project.

And the Oldman Watershed Council has pointed out that the river is the water supply for 90 per cent of people downstream.

"Southern Alberta does not have alternative rivers or lakes to draw water from," the council said in its submission to the hearing. "The Oldman River is the only option for us and so we are particularly vulnerable to upstream contamination."

Selenium isn't the only concern. Ian Urquhart of the Alberta Wilderness Association said the project would reduce habitat for one of the last pure populations of native westslope cutthroat trout, a threatened species.

"We already know the current level of habitat is insufficient. With this project, we're talking about a permanent loss of in-stream habitat and a promise that somehow we're going to compensate for this and make it better."

Lambright said that Riversdale is only the first of a number of coal miners nosing around the Rockies since Alberta scrapped a decades-old policy restricting mines in the area.

"There has been a huge surge in exploration activity since the government rescinded the coal policy," she said. "(Riversdale) will set a precedent for all the companies lined up behind it."

Houston said Grassy Mountain should be judged on its own merits, not as the harbinger of a coal boom. He said Riversdale has said it will clean up the site within 25 years after the mine opens and will monitor it for decades if need be.

"By the time we're finished mining, approximately two-thirds of the site is going to be reclaimed. We have a responsibility to finish that job and then to monitor until the landscape is demonstrated to be rebounding."

"Our community has concerns, there's no doubt. But that's why we are relying on the provincial and the federal environment ministers and their regulations to manage this."

A joint federal-provincial panel is to open online hearings on the proposed mine on Tuesday.

This report by The Canadian Press was first published Oct. 25, 2020.

Most who tested positive for variant at Calgary hospital had mild symptoms: AHS
Jun 11, 2021 5:33 PM