Start of Humpty's Champions Cup pushed back a day in Calgary 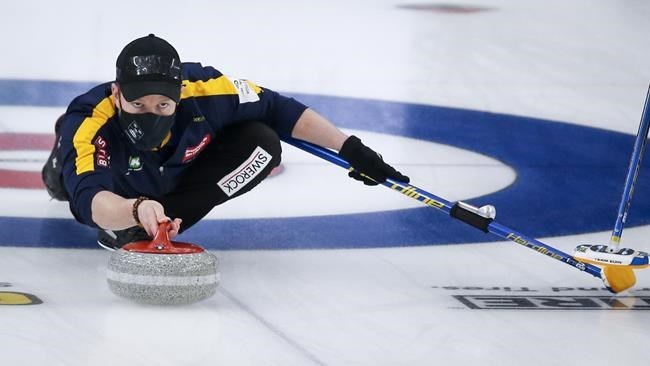 CALGARY — Curling's Humpty's Champions Cup in Calgary has been pushed back a day.

The first of two Grand Slams was scheduled to open Wednesday morning, but Rogers Sportsnet announced Monday the first draw is now Thursday at noon MT.

The final will be played Monday instead of Sunday.

A Sportsnet spokesperson said the delay allows more time to change the sponsorship logos and restore the ice at WinSport's Markin MacPhail Centre because the delayed men's world championship final did not finish there until midnight Sunday.

The top-ranked women's and men's team in the world are in the 24-team fields, including five-time world champion Niklas Edin of Sweden, former world champions Brad Gushue and Kevin Koe of Canada and reigning Canadian champions Kerri Einarson and Brendan Bottcher.

The Grand Slams are Calgary's fifth and sixth events among seven held in a controlled environment without spectators to avoid the COVID-19 virus.

Einarson will represent Canada in the women's world championship April 30 to May 9 in Calgary.

The conclusion of the men's world championship was delayed because four participants tested positive for the virus last week. All four subsequently tested negative in a round of retesting.

The World Curling Federation said Monday they were "false positives."

Playoff and semifinal games were postponed from Saturday to Sunday, which pushed the medal games late into the evening.

This report by The Canadian Press was first published April 12, 2021.

Fire investigators can't pin cause of fire at Edmonton-area seniors complex
May 14, 2021 4:59 PM