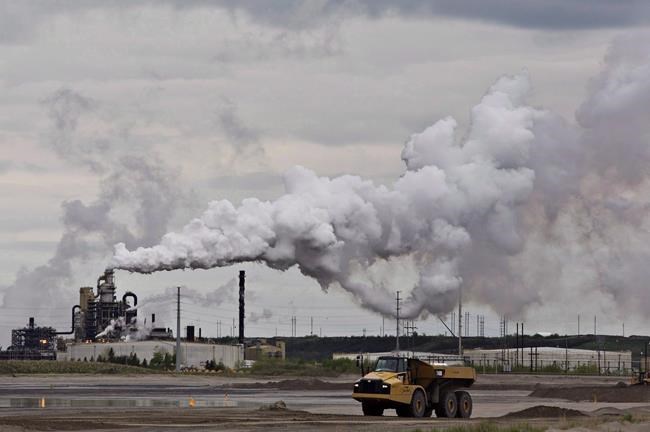 Alberta and its allies are in the province's highest court trying to have the federal government's environmental assessment act declared unconstitutional.

"The Trojan Horse has now arrived," say arguments submitted to the Alberta Court of Appeal by the province's attorney general, supported by Ontario and Saskatchewan.

"This overreach of federal jurisdiction threatens to eviscerate provincial authority over resource development and must be rejected by this court."

Supporters of the Impact Assessment Act, given royal assent in June 2019, say it uses the same approach as the previous act, passed by the federal Conservatives under Stephen Harper.

"There's reams of case law from the Supreme Court of Canada that the environment is shared jurisdiction," said David Khan, a lawyer for Ecojustice, which is intervening in support of the legislation.

Alberta argues the new act duplicates provincial efforts, addresses a wider range of potential projects and brings a broader scope of concerns to the table. It allows federal regulators to consider how a development would affect Ottawa's work on climate change, social impacts and gender parity, as well as its cumulative effects when combined with other projects.

"The factors required to be considered under an assessment go significantly beyond strictly environmental factors, and include factors of an economic and social character," say Alberta's arguments.

As well, Alberta is concerned federal assessments are no longer solely triggered by provisions in fisheries, migratory birds and navigable waterways laws, but also by a longer list of project types. That now includes in-situ oilsands developments, projects that formerly were only assessed by the province.

Alberta says the effect of the act as it now stands is that it's up to Ottawa, not the provinces, to decide whether a proposal is in the public interest.

Defenders of the legislation point out the previous act used a list to determine which projects would be reviewed. Intervener Nature Canada says the old list — not that different from the new one — led to barely more than two federal assessments a year in Alberta.

"Assessing roughly two projects per year in Alberta is a minimal incidental effect," the group says.

Nature Canada and Ecojustice argue that reviews under the new law are concerned with the effects of a project, not the project itself. Large industrial proposals do have impacts on areas of federal concern and Ottawa has every right to look at them, said Khan.

Other observers have said the act's screening provision to decide whether a project should be federally assessed protects against Ottawa sticking its nose in where it doesn't belong.

"A key consideration in the screening decision is whether the project is, in fact, likely to have adverse effects on matters falling within federal jurisdiction," wrote two University of Calgary law professors.

"In our view, this screening decision secures ... the (Impact Assessment Act's) constitutionality," Nigel Bankes and Martin Olzynski wrote in an analysis.

Khan said Alberta's decision to file the court challenge is a political move.

"This is another one of (Alberta Premier Jason Kenney's) politically motivated attacks on good laws that defend our air, water and land," Khan said.

Arguments are scheduled to last all week.

This report by The Canadian Press was first published Feb. 22, 2021.