Okotokian Knox off another Canadian record 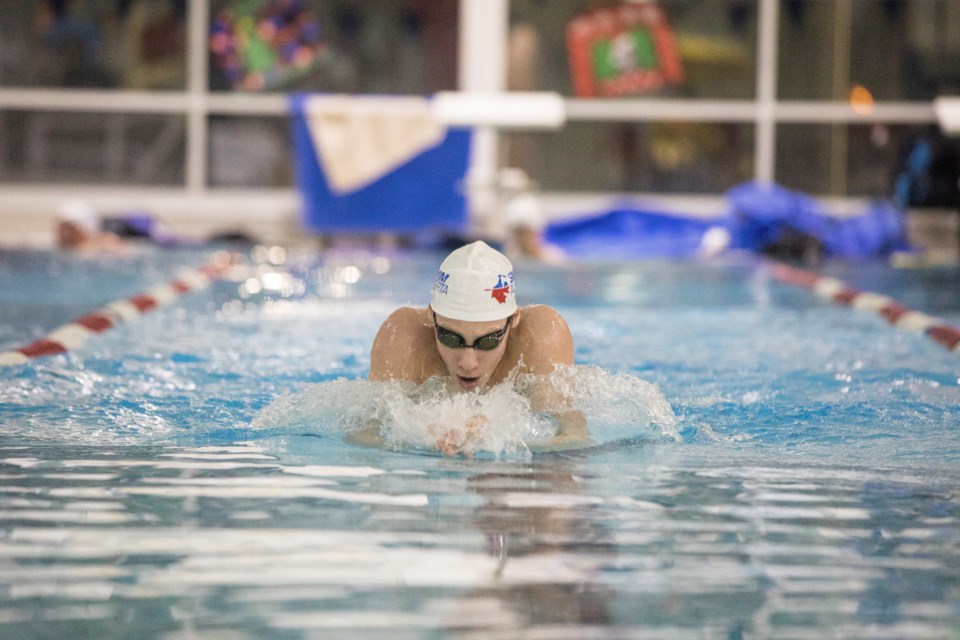 Okotoks - The medley once again has an Okotoks swimmer in the individual record books.

Knox touched the wall in 1:58.88 becoming the first Canadian to do so in long course in less than 1:59. Beavers’ mark of 1:59.19 established in prelims at the Games in Beijing stood for over 12 years.

Knox, an Okotoks Mavericks Swim Club graduate under the tutelage of head coach Todd Melton and now training at Toronto’s High Performance Centre, had splits of 24.77 in the leadoff butterfly leg, 30.52 in the backstroke, 35.25 in the breaststroke and capped it off with a closing leg of 28.34 in the freestyle.

The 20-year-old Knox’s previous best in the event was registered in his silver medal performance at the 2019 FINA World Junior Swimming Championships.

It’s the latest in a series of breakthrough races for Knox in his signature event.

Knox established the Canadian record in the short course 200m and 100m
IM during the International Swimming League competition in the fall of 2020
in Hungary.

With an eye on the 400m freestyle relay heading into Olympic trials, Knox finished second at the time trials event with a 49.28 second swim.

Swimming Canada announced the Canadian Swimming Trials were officially re-scheduled from late May to June 19-23 at the Pan Am Sports Centre in Toronto.

Ontario currently has a stay-at-home order amid the third wave of the pandemic with an exemption for high performance sport.

Following Olympic trials, Team Canada will be training out of the University of British Columbia prior to heading over to Tokyo.

For more information go to swimming.ca.

About the Author: Remy Greer