Diamond Princess cruise ship's 3,700 passengers and crew are expected to remain under quarantine aboard the ship, docked just outside Tokyo, until at least Feb. 19.
0
Feb 11, 2020 11:00 AM By: Canadian Press 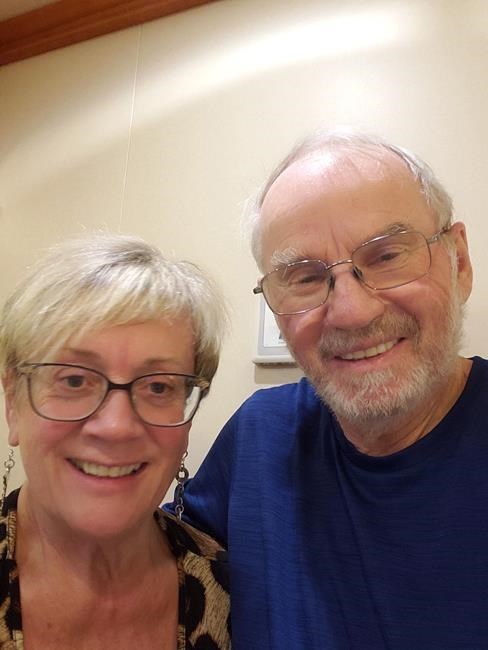 Diamond Princess cruise ship's 3,700 passengers and crew are expected to remain under quarantine aboard the ship, docked just outside Tokyo, until at least Feb. 19.

A husband and wife from central Alberta say they are "feeling quite happy and relaxed" quarantined aboard the Diamond Princess cruise ship docked in the port city of Yokohama, just outside Tokyo.

Lolita and Hans Wiesner, from Red Deer, were scheduled to disembark on Feb. 4, after a 29-day cruise. They planned to visit a few countries in Europe when the quarantine was announced.

"If you have to be quarantined, being on a luxury cruise ship is probably the best place to be," Lolita Wiesner said in a Skype interview Tuesday.

"The room is tiny but it's not too bad. It's actually quite comfortable," she said.

"We get good food. We had a bottle of wine delivered earlier. Really, life is good."

A total of 135 people, including eight Canadians, aboard Carnival Corp. ship have contracted a new form of coronavirus that has killed hundreds and sickened thousands in China.

The ship's 3,700 passengers and crew are expected to remain under quarantine until at least Feb. 19.

The Canadian government is monitoring the well-being of 285 Canadians quarantined on the Diamond Princess and another cruise ship anchored off Hong Kong.

The Wiesners said there's not much point worrying about things that are out of their control, and they are making the best of the time they have.

Beginning Monday, the passengers were asked to wear masks when interacting with staff who dropped off deliveries at their rooms, she said.

They also wear masks when they go out to spend about an hour on the deck every day.

"And we have been asked to keep two metres space between when we speak with someone," she said, adding most people are focused on walking or exercising during their deck time.

The Wiesners don't have a balcony or a window, but that hasn't deterred them from having a good time doing Sudoku, watching movies and reading books.

While they're relaxing, "eating well" and "gaining weight," the couple said they also follow all the protocols put in place by the authorities and take their temperature at least three times a day.

Hans Wiesner said there's always the possibility that they could become infected.

"It's unlikely, but it's always in the back of your mind."

Despite their optimistic outlook, the pair admit to one complaint.

"We're missing our nightly chocolates," Lolita Wiesner said of the bedtime treat staff left on their pillows each night.

But they have a "stash" of eight pieces leftover from their pre-quarantine days, she said.

"So, we get one every other day until the end."

— With files from The Associated Press.

This report by The Canadian Press was first published Feb. 11, 2020.