Alberta ends master agreement with doctors, new rules to be in place in April 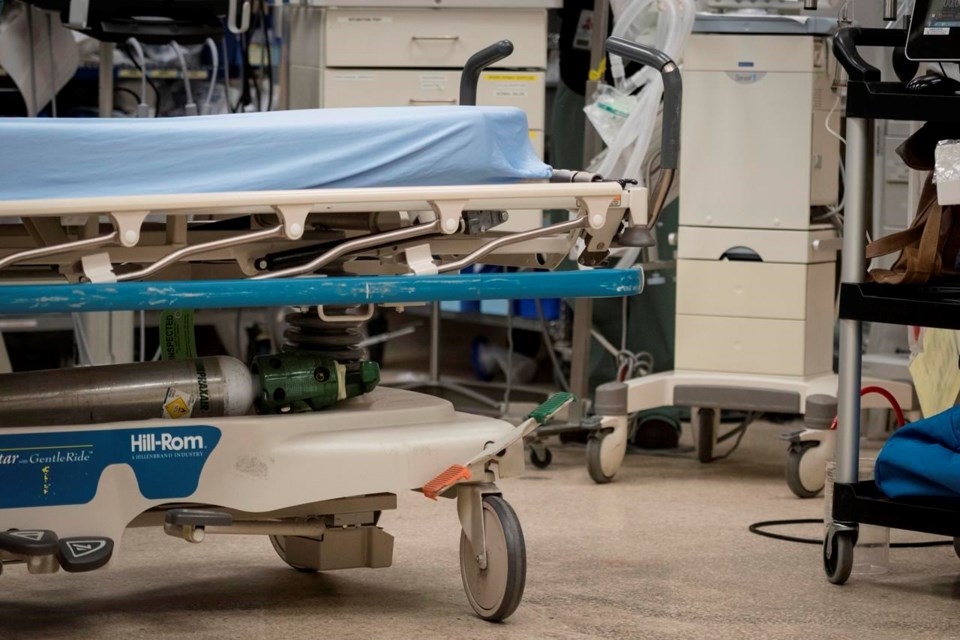 EDMONTON — The Alberta government, fresh off failed contract talks with doctors, is ending its long-standing master agreement with them and putting new rules in place in the spring.

Changes include new fee rules on extended patient visits that doctors have already said will devastate the bottom line for some family and rural practices.

Health Minister Tyler Shandro says ending the agreement is a difficult but necessary move, given that the province was at an impasse with doctors on how to reduce costs and improve service in the $20.6-billion health system.

"It's not a decision we take lightly, but since May we've been talking to (the Alberta Medical Association) about our fiscal imperative," said Shandro in an interview Thursday.

"Unfortunately, we weren't successful in being able to get them to work with us on that issue."

Both sides have tried and failed to agree on new terms in negotiations since November.

Dr. Christine Molnar, president of Alberta Medical Association, said in a statement Thursday that it's a sad day for health care in the province.

The association, which is the bargaining arm for doctors, had agreed to some cost-saving changes, she said, and it was going to put another offer to the government Friday.

"It became clear today that government is not interested in collaboration," she said.

"Moving forward will be difficult and I am genuinely concerned for patients. This attack on physicians — particularly the disproportionate attack on family physicians — is disturbing."

Starting April 1, physician compensation will remain at its current level of $5.4 billion a year. But the changes are expected to prevent $2 billion in added costs tied to physician services over this current fiscal year and the three after that.

There won't be any changes to the current rates doctors charge for individual procedures and benefits such as parental leave will remain in place.

The key change, which has also been the focus of a fiery dispute between doctors and the government, will be to a billing designation known as complex modifiers.

Under Alberta's current fee-for-service model, doctors can bill $41 as a base fee for each patient visit no matter how short or how long.

A decade ago, Alberta added in an extra fee — called a complex modifier — to recognize that some patients have multiple or complex issues and doctors should be compensated for overly long visits.

If a visit went more than 15 minutes, doctors were able to extend it 10 minutes and bill the province a complex modifier fee of $18, for a total of $59.

As of April 1, 2021, the $18 complex modifier will return. But physicians won't be allowed to bill for it until the 25-minute mark.

Shandro's ministry says the change is necessary for two reasons: more time is needed to assess complex patients and the current complex modifier is being abused, with too many doctors billing $59 at the 15-minute mark.

The AMA has said extending a visit to 25 minutes would reduce fees by $200 million and devastate many family and rural practices.

It has argued complex modifiers are not only for exceptional cases and take into account all the work — preparation, follow-up and face-to-face time — needed for patients with complex needs. It also keeps those patients out of the hospital.

The issue has riled up some doctors, many of whom have put up signs warning patients they may have to cut future visits short to recoup funds needed to keep their practices going.

The government has made the changes based on two reports that say Alberta is paying more on physician services than other provinces, but has too many performance measures below national averages.

The AMA has said the government's position is built on flawed data that doesn't take into account differences in fee rules and that Alberta doctors are paid in line with those other provinces.

"It's a spectacular failure of this premier, his (health) minister, his entire cabinet that they couldn't reach an agreement with physicians or even find a basis for further talks."

Alberta has more than 10,800 doctors split evenly between general practitioners and specialists. Most work in urban areas.

This report by The Canadian Press was first published Feb. 20, 2020

Researchers look at humidity as a weapon in the fight against airborne viruses
Apr 4, 2020 2:30 PM