“I don’t think that private businesses are held to account to preserve ecological processes and conservation functions of parks and protected areas; private businesses are there to make money, that’s their job," says Sarah Elmeligi, a landscape ecologist and former planner with Alberta Parks
Mar 3, 2020 10:30 AM By: Cathy Ellis 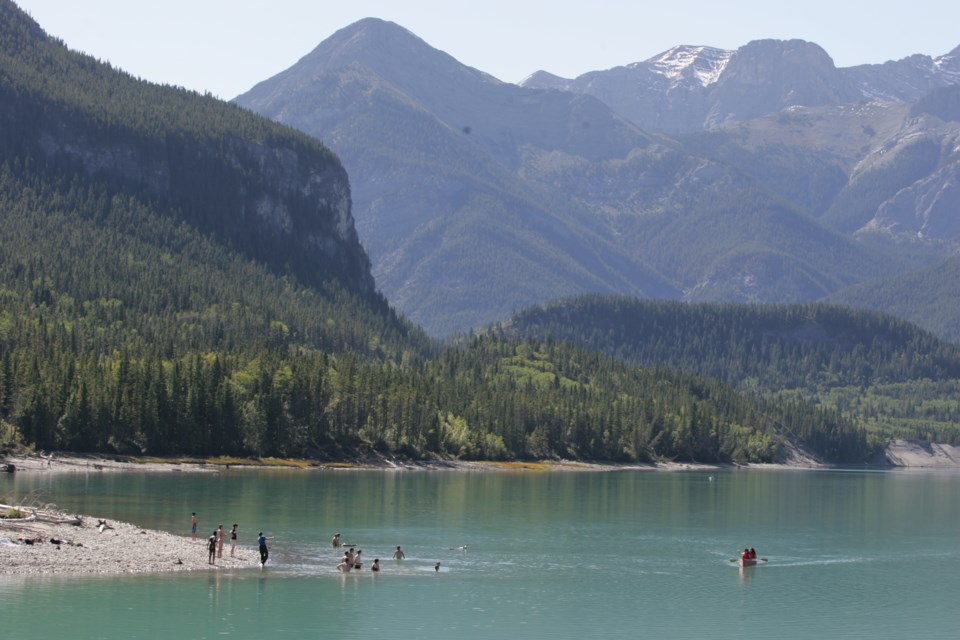 Barrier Lake visitor centre will be closed for the year. RMO FILE PHOTO
KANANASKIS – The Alberta government plans to close 20 campgrounds and potentially privatize another 164 campgrounds and day-use areas as it slashes $4 million from the Parks budget over the next three years.

The government is also stepping back from track-setting cross-country ski trails in Kananaskis Country, including in Peter Lougheed, Mount Shark and Kananaskis Village area, though trails will be maintained at the Canmore Nordic Centre.

Barrier Lake and Elbow Valley visitor centres in Kananaskis Country will be closed and several other provincial campgrounds will have shorter operating seasons, with late openings and early closures.

“It’s shocking,” said Sarah Elmeligi, a local landscape ecologist and former planner with Alberta Parks, adding these alarming decision in the Feb. 27 budget make no sense at a time the government plans to double tourism spending from $10 billion to $20 billion by 2030.

“While we’re reducing staff capacity, we’re increasing the number of people in our parks. There are three million visitors a year to Kananaskis Country.”

The government undertook an assessment of all 473 sites within the Alberta Parks system and identified 164 to be removed.

The sites would have their legal park designation removed and could be privatized or run by non-profits or municipalities. Work is underway to determine if some of these facilities and areas could stay open under a public lands management model.

Environment and Parks Minister Jason Nixon said changes to the parks model were made to find “efficiencies and create partnership opportunities” for Albertans and non-profits, adding the sale or transfer to another entity such as a municipality could continue to provide economic and recreational benefits to local communities.

In addition, Nixon said the changes would allow the province to focus its energy on “renowned signature destinations” and examine opportunities for other groups to operate smaller parks and day-use areas.

“Albertans have expressed an interest in taking a more active role in the operation of some areas traditionally run by the province,” he said in a news release.

“In order to facilitate this, and to renew our commitment to our ‘crown jewel’ destinations, we will be offering Albertans, non-profits and First Nations the opportunity to work with our government and with parks societies on exploring these important partnerships.”

“Our government has a bold vision for the tourism industry,” she said.

“Opening up more facilities and areas for First Nations, non-profit and private sector operation is a great way to encourage private sector investment and create jobs across Alberta as we implement our 10-year tourism strategy.”

Conservationists say that removing 164 campgrounds and day-use sites from the management of Alberta Parks and putting them into the private sphere exposes protected areas to commodification and development.

Elmeligi said she is disappointed with this idea, noting privatization is essentially irreversible given no government is going to turn around in 10 years and take the business opportunity away.

“We’re supportive of partnerships, but we have a numerous number of concerns about treating Alberta’s Parks systems as a for-profit enterprise rather than a land-use planning tool and a means of facilitating public use of natural spaces,” Grace Wark, conservation specialist for AWA.

“Alberta’s parks system is in place to promote things like public health and well-being as well as to manage the integrity of our ecological systems so when we heard about privatization happening, we’re concerned.”

The news on the changes to Alberta’s parks systems came out of nowhere, with Wark adding it’s disappointing the provincial government failed to consult with the public on any of these plans.

“Consultation should have occurred,” she said. “The overwhelming majority Albertans do have a stake in how our parks system are managed.”

As part of the budget cuts, seasonal staffing positions will be lost, including some trails crews, environmental educators and interpreters.

Elmeligi said cuts to capacity make it hard for the Parks division to do its job, especially given growing tourism and growing recreation interests in parks and protected areas.

“How will regulations be enforced if there’s less conservation officers on the ground? How will people develop an appreciation for where the truly are on the landscape if we don’t have as many education interpreters?”

“I am concerned about what the cuts mean to capacity of Parks division that has actually been sorely underfunded since the1990s.  Cuts like this really make it harder for an already stressed Parks division to do their job.”

As part of the budget, it was also announced that the base camping rate at most campgrounds will rise by $3 and rates for power, water, sewers and showers will increase by $1 where services are available. Access to provincial parks and day-use areas remains free.

Revenue from Alberta Parks service fees in 2018-19 was $33.4 million. The revenue is directed back into the parks system to support operations, which in the same fiscal year, cost government $86.1 million.

More than one-fifth of Canadian companies will adjust pay if staff relocate: survey
Jan 23, 2021 10:15 AM