EDMONTON — The Alberta government is hoping to open jobs in the province for local people by closing some of them to foreigners.
Oct 27, 2020 12:15 PM By: Canadian Press 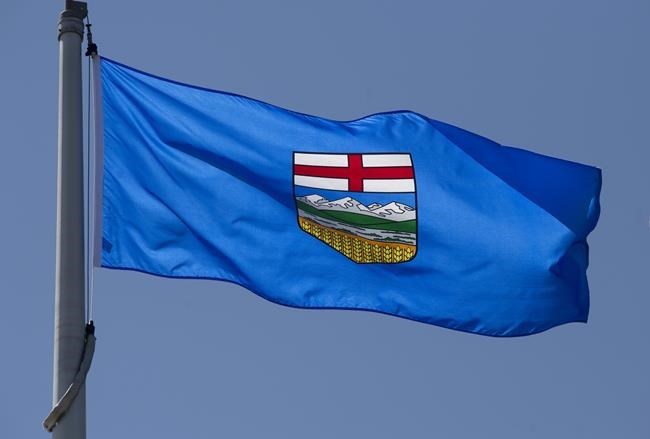 Alberta's provincial flag flies on a flag pole in Ottawa, Monday July 6, 2020. The Alberta government is hoping to get more Albertans employed by moving to limit the number and type of temporary foreign workers it allows into the province. THE CANADIAN PRESS/Adrian Wyld

EDMONTON — The Alberta government is hoping to open jobs in the province for local people by closing some of them to foreigners.

On Monday, provincial Labour and Immigration Minister Jason Copping said the United Conservative government will limit the number and type of temporary foreign workers it allows into the province.

Copping said the changes will save more than 1,300 jobs for Albertans.

"There will be a number of Albertans who are interested in taking those roles," he said. "We are investing in more funding for training and retraining to enable Albertans to have the skills to be able to cross into those areas."

Temporary foreign workers already in the province won't be affected, he said. As well, no changes will be made to the program for workers in agriculture, health care, technology and emergency response.

The government did not release information on where the 1,350 jobs will be created. Nor did it release a list of the 475 professions for which temporary foreign workers will no longer be approved.

Two visa programs will be created for students in post-secondary programs who wish to stay in Alberta after graduation.

Joseph Marchand, a labour economics professor at the University of Alberta, welcomed the changes allowing graduates to stay in the province.

But he pointed out that most foreign students at his university are still in their home countries, taking classes online.

"Does that mean they can then come in, through this policy? How does that work?"

Marchand added that much of the temporary foreign worker program was set up when Alberta was still in an economic boom and experiencing labour shortages.

"(These programs) are holdovers from that type of thinking, that we don't have the workers we need," he said.

Marchand was cautious in evaluating how big an impact the changes will have in Alberta's labour market.

"The effect will be greater than zero," he said.

This report by The Canadian Press was first published Oct. 26, 2020.