Contract talks between AMA and province resume this week
Mar 10, 2020 9:07 AM By: Johnnie Bachusky 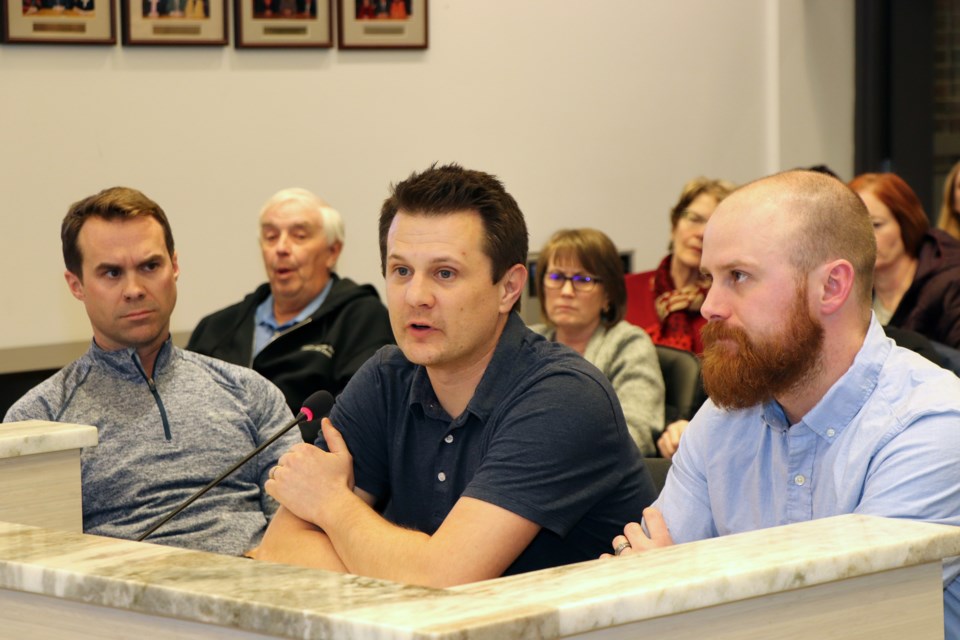 INNISFAIL – With contract talks scheduled to resume this week between the province and the Alberta Medical Association, a large and passionate local crowd is expected to attend an Innisfail town hall forum tomorrow to learn more about the controversy that has caused a provincewide doctors’ revolt.

And if the March 11 forum, scheduled for 7 p.m. at the Innisfail Royal Canadian Legion, is anything like the presentation delivered by local doctors to town council on March 2, emotions could run high, as doctors remain determined to mobilize community support to force the province to jettison changes to billing and compensation that are scheduled to start on April 1.

“I believe if governments don’t respond to citizen wishes they will find that out the hard way,” said Dr. Jesse Christiansen, who led a three-doctor delegation presentation at a packed council chamber on March 2. “From their perspective we need to give them the motivation to make the changes we want and that comes from public pressure.”

The doctors were invited to make the council presentation by Coun. Jean Barclay, who a week earlier received a decidedly muted response from the rest of council after telling them she had a conference call with local doctors about the growing provincewide anger within the medical community.

Barclay said she’s tabling a motion to council that it draft a letter of support for local and provincial physicians that will detail their concerns of what could happen with community health care if the controversy is not resolved.

In the meantime, Christine Molnar, the president of the provincial medical association (AMA), announced last weekend that agreement was made between the provincial government and the AMA to resume contract talks after they broke down last month.

“Hopefully these upcoming discussions will replace the need for such actions; we shall see. A fair agreement between government and physicians is essential not only for ourselves, but for our patients as well,” said Molnar in a March 7 statement.

As I have always said, I am open to reviewing any proposals that may be put forward by

(the AMA), within the fiscal imperative of the government. Like the AMA, we are committed to a sustainable health care system, with quality and value at its foundation,” he said.

The provincewide controversy began last fall when the provincial government introduced Bill 21, which the AMA charged would give the province the ability to unilaterally tear up the current master pay deal, along with future agreements that are reached with doctors. The legislation gives the province the authority to tell doctors where they can practise in Alberta. There is also a new framework for physician pay that includes what the province deems to be cost-effective changes to billing rules for doctors, including those who work in emergency rooms.

“This was done before any negotiations that had taken place on any fee reductions,” said Christiansen. “I felt for us we had a loaded gun to our heads before we even entered negotiations and certainly gave us the impression that this was going to be acrimonious.”

Negotiations between the two sides did begin in January but broke down the following month. The provincial government announced it would terminate its funding contract with doctors and implement the full terms, which include 11 changes to physician rules and fees. The UCP government said the changes are necessary to get a handle on the ever-increasing health-care costs in Alberta. With the new rules and fees set to start April 1, doctors across the province ramped up their efforts to rally community support, including in Innisfail on March 2 and 11.

“We have been told basically that we are not worth negotiating with. They are going to decide what we are going to be paid,” said Dr. Edmund Barker, a physician from the Associate Clinic who attended the March 2 council presentation.

In the meantime, as the crisis grows, Christiansen said if the province fails to listen to the increasing public concern, many doctors could decide to leave the province, which could result in a serious decline in the quality of local health care.

“We are very, very concerned that we are going to get into a situation where there is fewer and fewer of us (doctors) here and we won’t be able to provide the care that everybody needs,” said Christiansen, noting the impact from budget cuts in the '90s that resulted in many doctors and nurses leaving the province.

“We need to learn from some of the past mistakes that were made and not do it again.”

The local doctors invited Devin Dreeshen, the MLA for Innisfail-Sylvan Lake, to the March 11 town hall meeting. However, a spokesperson at Dreeshen's constituency office said he's scheduled to attend government business meetings that evening in Edmonton.