Letter of intent to AHS says they will stay on until pandemic is under control
May 29, 2020 1:40 PM By: Chris Zwick 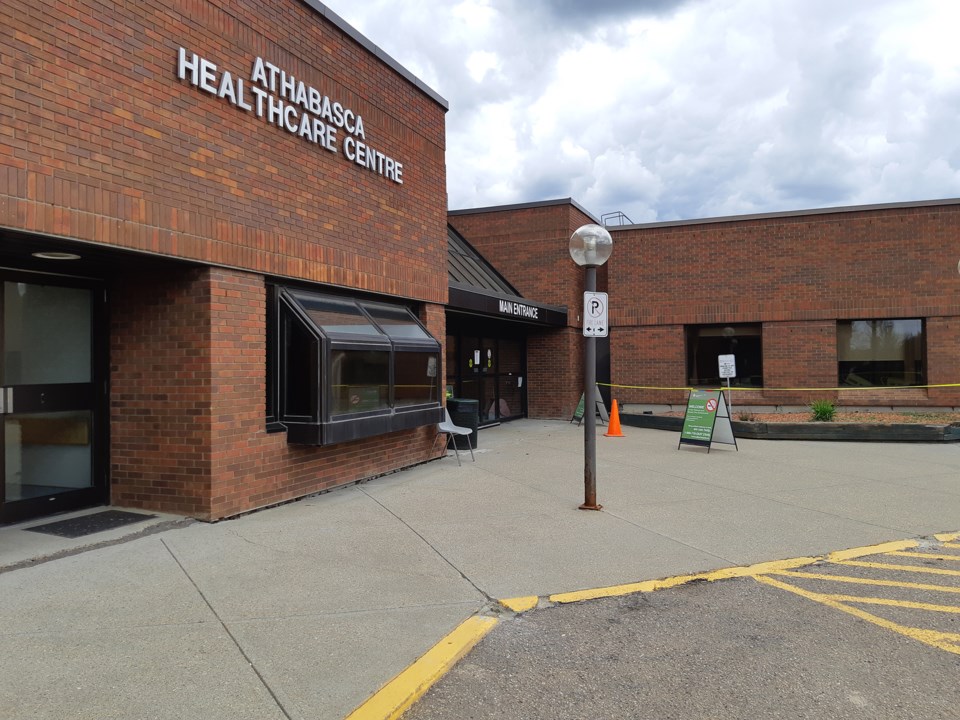 Athabasca doctors have given AHS notice of their intent to resign from hospital work May 28, saying they are "stunned and utterly worried" about the future of healthcare in Alberta.

ATHABASCA - Doctors in Athabasca are joining many of their colleagues around the province and withdrawing hospital services, as the Alberta Medical Association (AMA) and provincial government remain locked in a stalemate over doctor compensation.

The health ministry and AMA sat down to negotiate last fall, which ended with the termination of the contract by the province.

Since then, many Alberta doctors and doctors-to-be have reconsidered their desire to practice in Alberta altogether, while some, like those in Westlock, and now Athabasca, have notified Alberta Health Services of their intention to withdraw hospital services to focus on their clinic work, but “are 100 per cent committed to maintaining hospital services until we can see our patients through the Covid-19 crisis.”

“As a medical community we are stunned and utterly worried about the direction the United Conservative Party is steering health care,” said Athabasca doctor Michael Burger in a prepared statement on behalf of the Athabasca Physician Group, which consists of the nine practicing physicians in Athabasca.

“Throughout this process, our government’s animosity towards the AMA and us as individual physicians has been both puzzling and concerning. We have been left in the dark with no meaningful discussion around the changes they have made, nor those to come.”

This has led to “an obvious lack of trust, uncertainty and no way to communicate this. Not to mention the fact that as a group we feel undervalued amidst a crisis wherein we are heavily leaned upon.”

The Athabasca doctors’ statement went on to say Premier Jason Kenney, Health Minister Tyler Shandro and the United Conservative Party “persist in a well-designed public smear campaign against doctors at precisely the moment we need to be working together.”

The main concern, the doctors say, is that rural health care will suffer.

“Over the last decade Alberta's government has placed an emphasis on high-quality, accessible primary care. The UCP committed to maintaining this medical home model we have worked hard to build, but their actions say otherwise,” the doctor’s statement goes on to say.

“As a group we will endeavour to provide the most accessible , efficient and quality care possible to our community within the constraints the UCP has imposed on us. However, we know that health care will suffer if government continues its current path, and rural communities like ours will be disproportionately affected.”

The statement goes on to recognize that some of the changes introduced by the health minister were reversed on April 24, but states the relationship remains strained.

The doctors also said in their statement that attempts to meet with Athabasca-Barrhead-Westlock MLA Glenn van Dijken have been unsuccessful “over the past several weeks.”

For his part, van Dijken said there was a meeting scheduled to occur April 8 with two local doctors during a constituency week, but MLAs were called back to the legislature because of the COVID-19 situation, and that meeting was never rescheduled. There was some discussion of a teleconference with local doctors afterwards, but they declined, asking for a face-to-face meeting instead.

“They haven’t reached out since,” he said, adding that he is more than willing to meet.

“We’ve seen other clinics, and other doctors do the same and they’ve never followed through … AHS and the health ministry have confirmed to me that if doctors would prefer not to have hospital privileges, they have doctors available to fill those spots.”

The reality, he said, is there are an excess of urban doctors that already perform emergency care at rural hospitals.

And as far as getting both sides back to the table, van Dijken said that will be difficult with the pending court challenge by the AMA.

“Everybody is positioning themselves and it is what it is, so it’s going to take time to work through,” he said.

About the Author: Chris Zwick