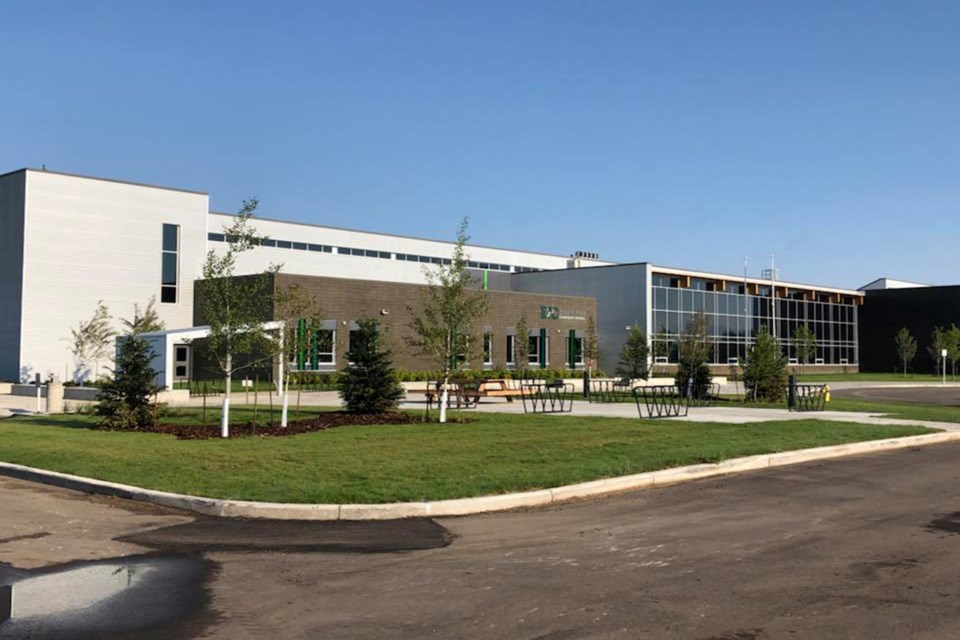 Editor's note: Updated to clarify that parents of students considered to be close contacts of the infected individual were contacted quickly, while parents of the students who remained at the school were contacted later in the day. Information from Aspen View School Division that an additional COVID-19 case was confirmed at H.A. Kostach School in Smoky Lake Sept. 9.

ATHABASCA - The delay between when students at Edwin Parr Composite School in Athabasca were told to go home and self-isolate, and when the parents of those who were not considered close contacts were notified after a case of COVID-19 was confirmed in the school Sept. 8, occurred because Alberta Health Services had to approve the messaging.

“The (messages) that went out around 2 p.m. went to all EPC families to advise them of the case; parents (or) guardians of the close-contact students would have already been notified,” said Aspen View Public Schools communications officer Ross Hunter Sept. 9.

Parents and residents expressed their concerns across social media about the gap of time between when the school became aware and the messages to parents went out — first in a text message from principal Desmond Nolan and then in an email — but Hunter said but it was not to keep parents uninformed.

“We began drafting the message that went out to all Edwin Parr families (and) that message had to be approved by Alberta Health Services and there was a there was a bit of a lapse in getting that,” Hunter added.

Aspen View will not confirm if it was a student or staff that tested positive, preferring to refer to the person only as an “individual,” but did confirm both staff and students were identified by AHS as having close contact and were sent home.

Once the people were identified they were asked to exit the building and either go home if they drove or arrange a ride home. Hunter added that had the weather not been as nice as it was, the students would have been isolated inside the building.

“That was one of the considerations given what the weather was (Sept. 8), we were in a position we were able to have them isolated just outside the building,” said Hunter.

He also confirmed that the individual did not access the school over the long weekend.

While self-isolated, students will have their individual education needs met through a virtual classroom, online or having work sent home, Hunter said.

On Sept. 9, a press release from Aspen View also reported an additional positive diagnosis was confirmed by AHS at H.A. Kostach School in Smoky Lake that day.

Both schools continue to operate under current AHS protocols, and the two are working together closely, "to ensure the necessary steps are taken to protect the health and safety of students and staff.”

Aspen View also reminds parents and guardians of students, as well as staff, to monitor for any signs or symptoms of COVID-19, and to complete the daily checklist prior to students attending school. If symptoms are discovered, students are advised to stay home and complete the self-assessment provided by Alberta Health Services, or call Health Link at 811.

More information on this story will be reported as it becomes available.

Canadian farmers have spring in their step from strongest commodity prices in years
May 17, 2021 12:15 PM