“With Canada Day on a Wednesday, this also may affect the number of Albertans heading to Banff for the day. However, we are optimistic that more people will come for a few days now that the campgrounds are open and there are good deals in the hotels.”
Jun 30, 2020 7:30 AM By: Cathy Ellis 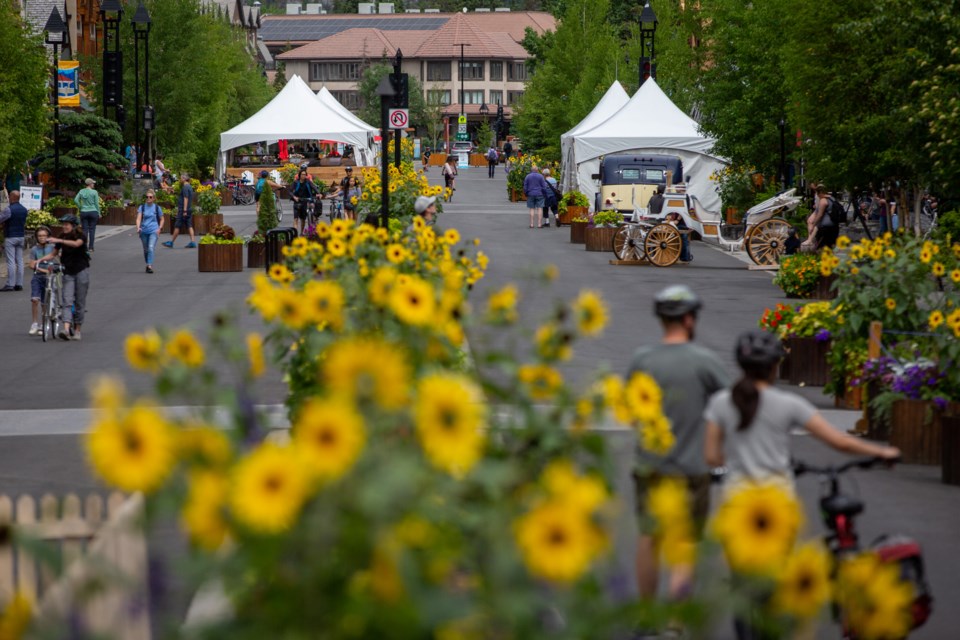 LAKE LOUISE – Banff National Park is bracing for a wave of visitors this week, including Canada Day (July 1) despite the COVID-19 pandemic.

Jed Cochrane, Parks Canada’s visitor experience manager for Lake Louise, Yoho and Kootenay, said it is important for visitors to plan ahead and know what to expect at Lake Louise and Moraine Lake, two of the parks’s tourist hotspots.

“We are very busy in the Lake Louise and Moraine Lake area, there is traffic congestion and our parking lots are full,” Cochrane said, noting it has still been busy even without international and American tourists.

“We’re seeing lots of regional travel and we just want to make sure that folks are aware of that and that they don’t just drive up expecting to have half the lake to themselves. They need to be aware it is busy.”

“We are allowing the parking lot to fill to capacity right now and we’re monitoring with regards to people’s ability to physically distance there,” Cochrane said, noting there is no public transit to the lake.

“It’s the same as in years past where we’ve got flaggers on Lake Louise Drive letting cars up when there are spaces available up there. It’s not one in, one out, we’re usually doing 10 in, 10 out in order to manage volumes the best way.”

At Upper Lake Louise, the number of vehicles in the 500-stall lot was initially only 100 at a time when the park reopened on June 1, but that has since grown to about 350 vehicles at a time. Roam Transit does have a route to Upper Lake Louise.

“We’re continuing to grow that because we’re seeing there’s still spots for physical distancing, which is what we’re paying attention to, to be cautious and safe in our approach,” Cochrane said.

“The Lake Louise parking lot is fall from about 10 a.m. to 4 p.m. every day and it’s definitely busier on warmer, sunnier days and there’s more traffic volume vying for a parking spot.”

Once the lot is full, flaggers direct vehicles back down Lake Louise Drive towards the village.

“A lot do circle down to the village and they’ll try again for a second or third time,” Cochrane said.

“Generally, it’s better if are coming earlier or a little later on the day and then there’s a higher likelihood they’ll find spots,.”

In the Banff townsite, visitation is slowing beginning climb, with about 15,540 vehicles coming into town over the weekend (June 27-28), compared to 31,360 vehicles for Saturday and Sunday last year, before Canada Day, which was a Monday.

Town of Banff officials say visitation numbers for this upcoming Canada Day will all depend on the weather, which is currently forecast to be rainy with cooler temperatures.

“We see such a strong correlation with weather, especially since the vast majority of our visitors are from Alberta,” said Jason Darrah, the Town of Banff’s communications director.

“With Canada Day on a Wednesday, this also may affect the number of Albertans heading to Banff for the day. However, we are optimistic that more people will come for a few days now that the campgrounds are open and there are good deals in the hotels.”

To help stop the spread of COVID-19, all traditional Canada Day festivities are cancelled, including the parade, 12 hours of programming and performances, and the low-noise pyrotechnics show.

Darrah said Alberta Health Services’ (AHS) experts advised the municipality to avoid gatherings, noting that these would be considered potential “super-spreader” activities for the spread of COVID-19.

“They are particularly concerned about gatherings of people in the same place for a sustained period of time, even though outside has lower risks,” he said.

“Also, for events, we would not have an ability to record all participants, which is vital for contact tracing. This may be much easier with private events.”

For Canada Day, additional flaggers will be scheduled on Norquay Road, Banff Avenue and on Buffalo Street at Bear and Beaver streets.

“We are stepping up efforts for people to park in the train station public parking lot and walk the eight-minute route to downtown, or the more scenic route along the Bow River Trail,” Darrah said.

In the downtown pedestrian zone, the Town of Banff will have staff monitoring the crowding, particularly in pinch points.

Darrah said this takes into consideration the street space taken up by main level businesses using street space for added retail or dining, to give customers more distancing space.

“There are a few locations on the street we will monitor, as they are narrower sections,” he said.

In addition, the Town is moving some of the planters and signage to reduce the narrowing sections, and will monitor in case uniformed staff need to encourage continuation of pedestrian flow.

“We are also making sure we have places where people can step out of the pedestrian traffic flow, into “refuge” locations, Darrah said, adding they are promoting hand sanitizer stations, many of which are attached to garbage bins.

“We have some other measures we continue to discuss with AHS, in the event crowding becomes significant in the area,” he said.

While the traditional Canada Day activities are cancelled, there are still plenty of ways to celebrate in Banff on July 1.

• Join the Banff Public Library online as they present a special Canada Day story time at 9:30 a.m. Don’t forget to pick up your Canada Day craft kit from the library between June 27 and June 30. The special story time will be live streamed.

• Concert of the Bells – listen from your front door to hear some special concerts of the bells performed by Heather Jean Jordan throughout the day:

10 a.m. Sing along to O Canada played on the bells as part of a special classical Canadiana concert. This concert will also be live streamed.

1 p.m. A featured 15-minute classical concert will delight you from your doorway.

4 p.m. Open your window and listen to music written for the bells. This 15-minute concert reflects the history of this unique instrument, only one of two sets in Canada.

7 p.m. Step onto your porch, deck or lawn and bang your pots and pans as we thank our front line workers, then enjoy to a 15 minute concert of modern Canadian.

People are reminded to please listen from your front door, porch or balcony.  If you can’t hear the bells from your home, it’s suggested visiting one of Banff’s natural spaces to enjoy the concert while following health protocols. From Central Park to the Top of Tunnel Mountain there are plenty of open spaces to enjoy the music.

10 p.m. The federal government and Tim Hortons are producing an augmented reality experience for smartphone and tablets.

At 10 p.m. point your smartphone or tablet to the night sky and a three-minute show will begin. The augmented reality experience will give you the same visual and sound effects as a real display. Image capture will also be available for you to share with family and friends.

Click here if watching from a laptop to experience a video-montage.

For more information on Canada Day in Banff, go to the municiplality's website.

As of Monday (June 29), Alberta Health Services reported five positive COVID-19 cases in Banff since the pandemic began more than three months. Four of the five patients have recovered.