Hendriks said the report points to the need for standardized, national water monitoring
Oct 21, 2020 9:15 AM By: Canadian Press 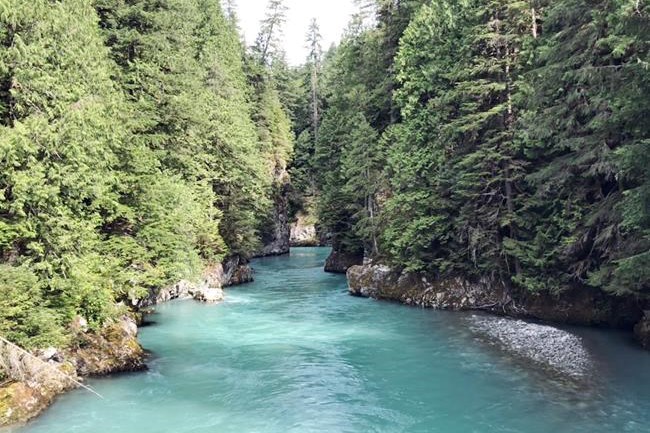 The Blue Creek restoration in British Columbia is shown in this undated handout photo. Spotty research and inconsistent monitoring has made it impossible to evaluate the health of most Canadian watersheds, a new study has found.

Spotty research and inconsistent monitoring have made it impossible to evaluate the health of most Canadian watersheds, a study has found.

"It's still largely unknown," said Elizabeth Hendriks of the World Wildlife Fund, which has just released its second evaluation of the condition of Canada's freshwater environments.

The report, the result of two years of study and advice from both academic and government researchers, finds that there's so little known about most watersheds that no conclusion can be made on their health.

There's enough known about 67 of Canada's 167 watersheds to assess how well they're standing up under the pressures of development, loss of biodiversity and climate change. That's a slight improvement over 2017.

For those 67, the news is encouraging. Nearly two-thirds are rated good or better, evaluated on the basis of water abundance, quality, invertebrate life and fish health.

"Where we do have information, it's looking good," Hendriks said. "What we're doing seems to be working."

But for large swaths of the Prairies, the Arctic, northern Ontario, northern Quebec and Nova Scotia, there's just no way to tell how well rivers, creeks, streams and lakes are doing.

Data on water quantity and quality is mostly available. But when it comes to the health ecosystems, the gaps are large. Assessing the health of fish and other life is only possible in one-third of watersheds.

"We're in the middle of a biodiversity and climate crisis. We feel the climate crisis through water — floods, drought, increasing temperatures of lakes, the flow of water, melting glaciers."

John Pomeroy, a professor at the University of Saskatchewan and head of the Global Institute for Water Security, agreed much of Canada's fresh water is poorly understood.

"I'm sure we don't have enough information," he said.

Water flow can be adequate and contaminants might be below health thresholds, Pomeroy said. But that doesn't tell you what's happening over the long term — or in the lake and river beds where bugs and snails and other crucial species live.

"Unless you're sampling lake sediments, you won't even know that the lake is slowly accumulating toxic substances."

Hendriks and Pomeroy suggest consistent, long-term water monitoring has been a victim of government cuts since the 1990s, which have never been fully reinstated.

Both call for a national program — potentially using community-based monitoring — to create a standardized, consistent way to monitor and compare the health of Canada's freshwaters.

Pomeroy said the responsibility is currently divided between the federal government, provinces, territories and First Nations.

"As a result, water-quality monitoring is terribly fragmented."

Hendriks said the Canada Water Agency, which the federal Liberals recommitted to in the recent throne speech, could provide that framework.

"It will help ensure where investment in monitoring is happening, so you're not guessing what monitoring has to happen where, (or) where do we begin investing in restoration.

"Without a framework, how are decisions being made?"

This report by The Canadian Press was first published Oct. 20, 2020.

Note to readers: This is a corrected story. A earlier version spelled the last name of Elizabeth Hendriks incorrectly.