Health Minister Tyler Shandro said the website was temporarily overwhelmed when more than 150,000 people tried to get access to it. By mid-afternoon, 25,000 appointments had been booked.
Feb 25, 2021 1:45 PM By: Canadian Press 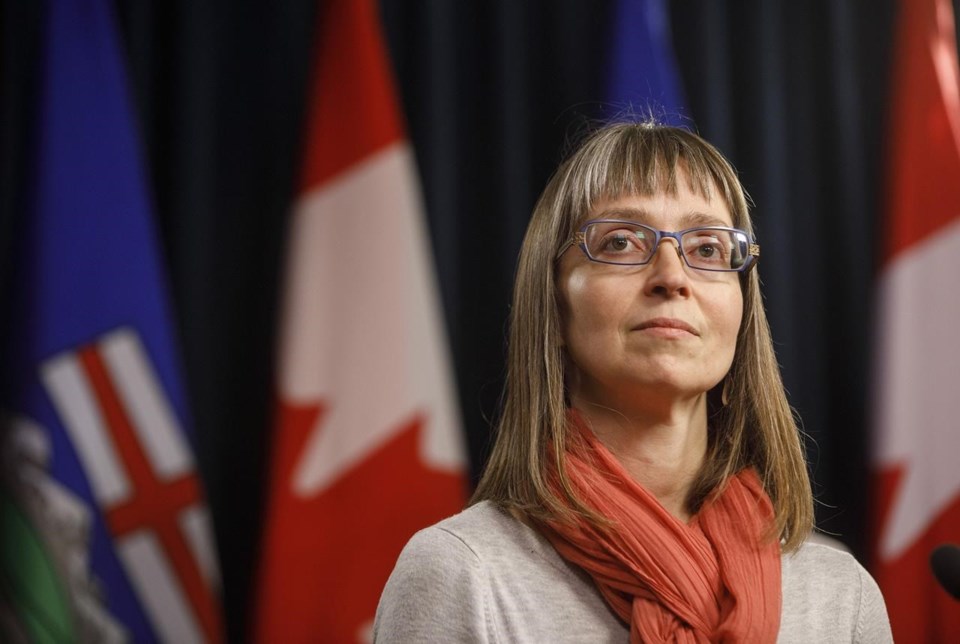 CALGARY — Many Albertans hoping to book COVID-19 vaccination appointments for older loved ones Wednesday instead spent hours being kicked off the government's booking website or getting busy signals on the phone.

Some 230,000 people born in 1946 or earlier are now eligible to be immunized at 58 sites across the province. Appointments are being offered through an online portal and the 811 Health Link phone line.

Health Minister Tyler Shandro said the website was temporarily overwhelmed when more than 150,000 people tried to get access to it. By mid-afternoon, 25,000 appointments had been booked.

He said he understands "nerves are worn raw."

"Vaccines are our ticket out of the pandemic," he said. "So any delay in booking an appointment is yet another difficulty and another frustration for folks. I'm disappointed."

Shandro said Alberta Health Services has added network capacity and staff. He said all eligible seniors should have their first shots by the end of March.

Kim Fandrick, who lives with her parents in a rural area south of Edmonton, said she logged on at 8 a.m. and within a minute the website had crashed. She tried calling 811 and got beeps.

She went back online, filled out the forms, but was booted off before she could submit them.

About 90 minutes later, she managed to book her mother in for Thursday. The 81-year-old has a chronic lung condition and has only been out of the house 10 times since last March.

Fandrick had to go through it all again for her 86-year-old father, who is also at high risk of severe illness from COVID-19. But after another 90 minutes, she had no success.

"It's just disappointing that I couldn't book both of them at the same time," said Fandrick, who added that she will have to drive 35 minutes each way — four times — to get her parents both of their doses in Edmonton.

"There has got to be a better way," she said. "You can go buy 50/50 (online tickets) from the (Edmonton) Oilers game. Maybe they should have talked to them."

Police services in Edmonton and Calgary had to urge people not to call 911 about vaccinations.

Coding workarounds to stop website glitches were posted on the Twitter accounts of scientists Kyle and Kory Mathewson, which brought many frustrated Albertans success.

Lynn Burrough and her brother started trying to book an appointment for their 86-year-old mother first thing in the morning.

After eight hours, Burrough finally clinched one thanks to the Mathewsons' strategy.

"On the online portal, it was just a constant stream of error messages: 'This site can't be reached. This site took too long to respond. Temporarily unavailable,'" she said from St. Albert, Alta.

"The site's just obviously not set up to handle the volume of traffic it's receiving."

Burrough said her mother is "extremely fragile" and lives in an independent living facility with the help of home care and family. She said a solution could have been for vaccines to be offered in such residences.

She also suggested the vaccine could be offered to smaller age cohorts at a time, instead of having such a big group clamouring for appointments at once.

"I think Alberta bit off more than they could chew," she said. "It's obviously not working."

Vaccines are also being made available at 102 pharmacies in Edmonton, Red Deer and Calgary starting the week of March 8 or earlier, depending on supply, said Alberta Pharmacists' Association CEO Margaret Wing. She said they will be limited to 200 doses per week, based on current supply projections.

This report by The Canadian Press was first published Feb. 24, 2021