Here’s where to find every wind turbine in Canada 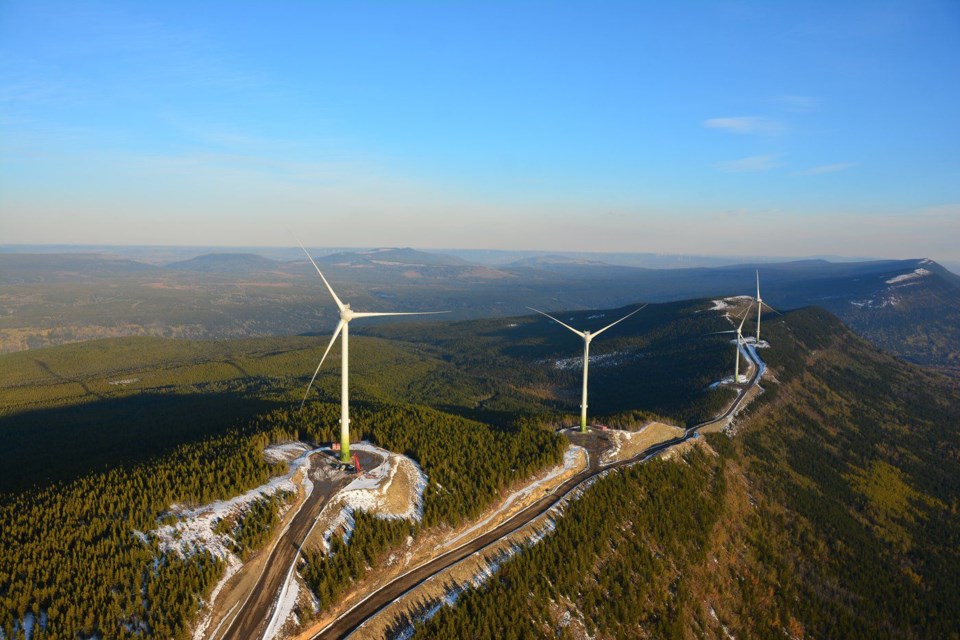 Want to know the exact location and specifications of every wind turbine in Canada? The federal government has you covered.

Natural Resources Canada has published the Canadian Wind Turbine Database, which contains the precise latitude and longitude of every turbine, along with details like its dimensions, its power output, its manufacturer and the date it was commissioned. There is also an interactive map.

For example, users can see that the largest rotor diameter of any wind turbine in Canada belongs to the Moose Lake Wind Project, northwest of Tumbler Ridge, B.C., which came online last year and is expected by Aeolis Wind Power to "produce energy at a level comparable to large BC Hydro projects, such as the Site C dam."

The massive rotors on Moose Lake’s four turbines are 141 metres in diameter, far beyond the average diameter of the 6,698 wind turbines that are tracked in the database, which is 88 metres.

“For the first time, Canadians have access to centralized geographic and technical information on individual wind turbines that make up individual wind farms, (which) were all collected prior to now very much on an aggregated basis,” said Tom Levy, senior wind engineer at the federal Natural Resources Department.

The database shows how wind turbines themselves have grown over time, along with the size of the industry.

Roughly 60 per cent of Canada’s wind turbines have been commissioned since 2010, with the average age being about nine years old.

British Columbia has the fifth-most turbines by province or territory, at 292. In addition to Moose Lake in the northeast, there are seven other wind farms in B.C. — four more in the northeast, two in the southern Interior and one on Vancouver Island. There is also one turbine on Grouse Mountain in the Vancouver area, a tourist attraction with a panoramic viewing area.

With 2,663 turbines, or about 40 per cent of the country’s total, Ontario has the most overall. About 30 per cent more of Canada’s turbines are in Quebec, with 1,991, and Alberta comes in third, with 900 turbines.

Meanwhile, Nova Scotia has 310 turbines, Saskatchewan has 153, Manitoba has 133, New Brunswick has 119, Prince Edward Island has 104, Newfoundland and Labrador has 27, Northwest Territories has four and Yukon has two.

By showing where wind power exists, it also shows where it isn’t. For one, there are no offshore wind farms across all of Canada. Clean Energy BC says the province has “vast offshore wind potential,” particularly along the north coast.

“In each province, there are untapped locations,” said Levy.

“I think it points to the opportunity for more renewable energy, more wind energy, under the right conditions with the right level of community engagement and support, and all the other infrastructure that goes with it, from electric lines to access.”

The database reveals that Danish manufacturer Vestas can put its name to most turbines now installed in Canada, with 1,834.

Levy said the government is aiming to update the database about once a year.