Innisfail's hail blast from ‘another planet’

INNISFAIL - Marlowe Harrowby had never seen anything like it during his more than 20 years in Alberta.

The 60-year-old Innisfailian was driving back from Olds, about eight kilometres south of Bowden, in the early afternoon of July 12 when a vicious summer storm struck.

By the time he was able to get back to Innisfail the storm has passed but the devastation was instantly evident. “It was all on the ground,” he said of the hail. “It was pretty incredible. I turned to come into town, and then I turned left and I went by the Co-op and that road was actually flooding and I couldn’t stop as I had a low car so I kept going.

And when he finally he reached his house and pulled into the driveway on 44th Avenue Close, the devastation was immediately personal.

“I get out and I felt like I was on another planet. That was what it felt like. It was so bizarre,” he said. “In one video you can hear me crunching on the hail snow as I call it." 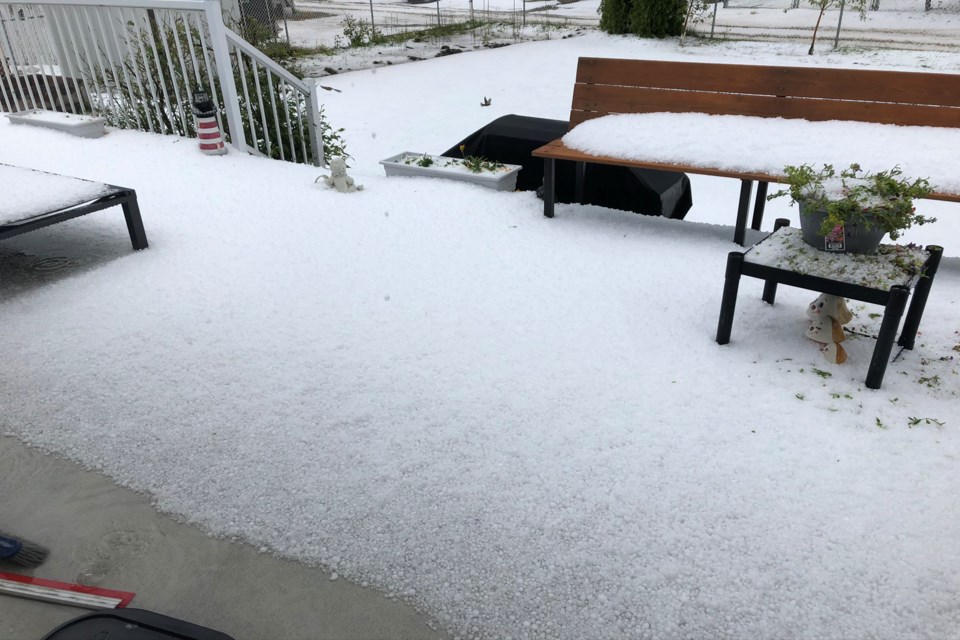 The Harrowbys' deck once the hail stopped falling.Photo by Marlowe Harrowby

Harrowby ran into his house to check the basement. Thankfully, the sump pump was working just fine. “It had not stopped. It was running continually. It would fill up and run,” he said.

He also checked to see if there was any damage to the house, including windows and shingles. Luckily, his home escaped Mother Nature’s wrath but it was an entirely different story in the yard.

“Our garden was totally levelled. There was nothing left of it,” he said. “My neighbour’s garden looked even worse. He had a beautiful garden and the (storm) killed everything off.”

Two days later Harrowby, who has lived in Innisfail with his wife for the past three years, can now look back and confirm this was a once in a lifetime experience.

"This is the worst (hailstorm) I have seen anywhere in Alberta,” said Harrowby, a former 20-year Edmontonian, and before that a resident of Morinville and Legal. “I’ve never ever seen that much hail on the ground. When I came home it really did look like I was on another planet.” 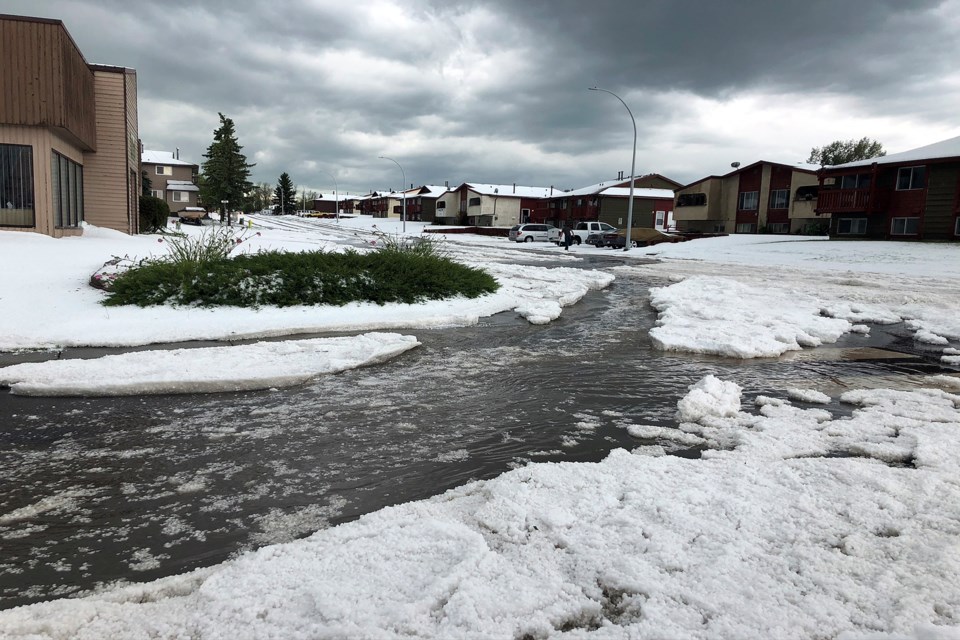 A river of melting hail flows down the street of Marlowe Harrowby's home last Sunday, immediately after the devastating storm that blasted a sizable part of Innisfail. Photo by Marlowe Harrowby.