OTTAWA — Canadian manufacturing sales fell 2.0 per cent to $52.4 billion in August, weighed down by a drop in the transportation sector, Statistics Canada said Friday.
Oct 17, 2020 10:45 AM By: Canadian Press 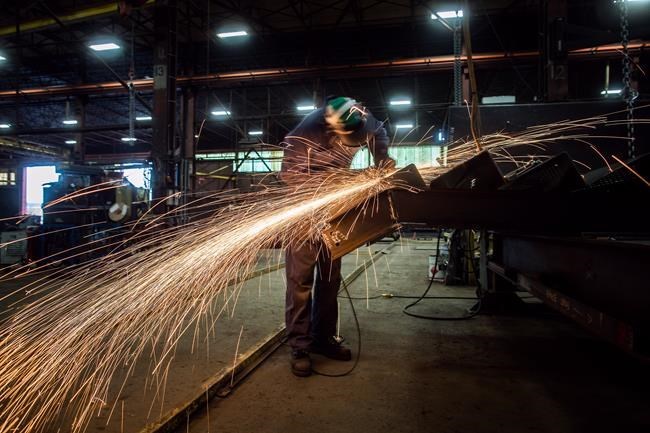 OTTAWA — Canadian manufacturing sales fell 2.0 per cent to $52.4 billion in August, weighed down by a drop in the transportation sector, Statistics Canada said Friday.

The decline was disappointing, but not surprising, said TD Bank economist Omar Abdelrahman — economists on average had expected a decline of 1.4 per cent for the month, according to financial data firm Refinitiv.

"Similar to exports for the month, (manufacturing) was largely driven by the giveback in transportation product sales following a stronger-than-usual performance in July," Abdelrahman wrote in a report.

Canadian exports fell 1.0 per cent to $44.9 billion as exports of motor vehicles and parts fell 6.8 per cent in August.

Abdelrahman said the latest reading on the economy comes amid rising COVID-19 infections and renewed — albeit more targeted restrictions — in several provinces.

"This will likely weigh on demand growth in the fourth quarter. The road ahead remains long and bumpy," Abdelrahman wrote.

Statistics Canada said sales in the transportation equipment industry fell 13.7 per cent to $9.6 billion, while sales of plastic and rubber products fell 9.6 per cent to $2.6 billion.

Sales of wood products rose 12.3 per cent to $3.0 billion on higher prices and volumes and sales in the miscellaneous industry climbed 12.0 per cent to a record $1.3 billion in August.

In constant dollar terms, manufacturing sales fell 2.2 per cent, indicating a smaller volume of products was sold in August.

Statistics Canada said total manufacturing sales in August were 6.6 per cent below the pre-pandemic levels set in February.

This report by The Canadian Press was first published Oct. 16, 2020.