WESTLOCK - Dubbing themselves ‘freedom fighters’, roughly 75 unmasked people braved sub -30 C and a biting westerly wind to chant phrases like “end the lockdown”, “our rights are not up for grabs” and “there is no debate” at the Enough is Enough rally in Westlock Feb. 11.

Organized by local business owner Benita Pedersen and hosted at the Westlock Curling Club parking lot, the 60-minute rally which billed itself for those “against unreasonable government restrictions” featured three main speeches, plus an open mic, and called for an end to the current provincial lockdown, questioned the governments’ response to COVID-19, as well as the severity of the virus. In a previous e-mail to the Westlock News Pedersen said she was inspired to organize a local event after attending rallies in Edmonton and connecting with groups such as Freedom4Canada and We Are All Essential. 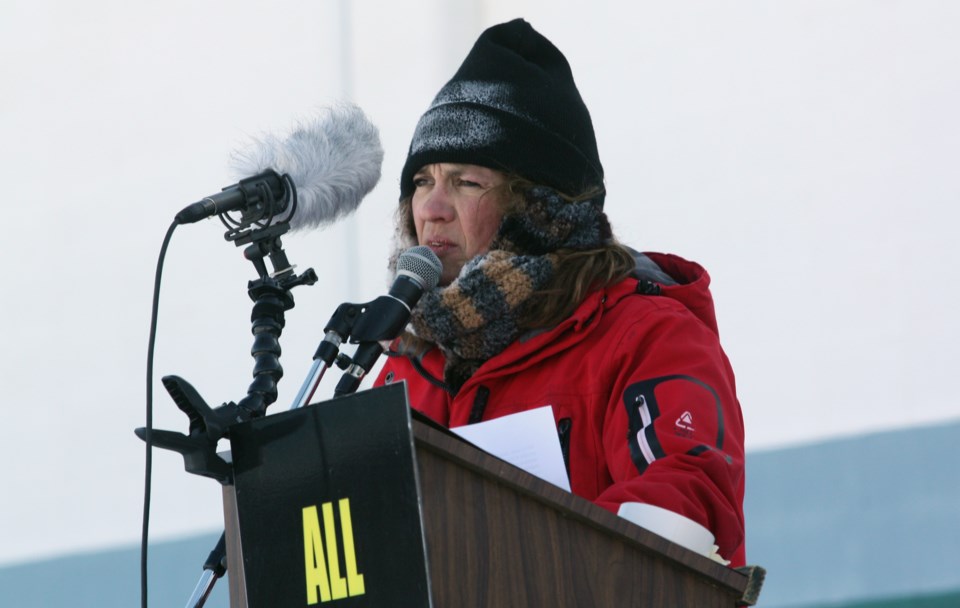 “They’re basically trying to scare you with this virus. When we’re talking about deaths, less than one per cent are actually dying from this. Ninety-nine per cent recover and maybe one per cent struggle with some issues. Those are the reality of the numbers. The truth is in the numbers, it’s in the statistics.”

Pedersen, a DJ by trade, went on to urge the crowd to disregard the current provincial restrictions, calling Natalie Klein and Chris Scott “Alberta heroes” — both business owners have been in the news for opening up despite the COVID-19 restrictions.

“They promised us two weeks at the beginning and now we’ve been in this for almost a year and we can see right through them folks. Defiance to compliance, civil disobedience. Get out and do the stuff you want to do, visit your family and friends. End the lockdown,” to which the crowd replied in kind.

“Anyone who’s feeling hopeless right now, I’m trying to teach you that pushing back on the government works and there’s more than one way to do it. You can defy the rules, you can come to protests, you can organize a protest, you can take legal action. There’s many ways to do it.

“Get involved and do something.” 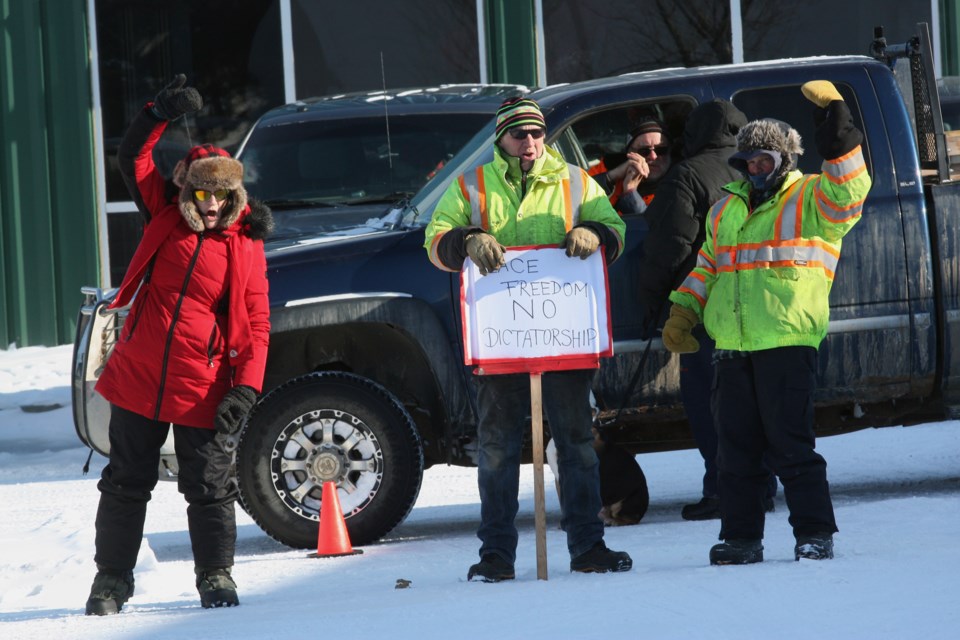 Around 75 people braved sub -30 C temperatures, plus a bitter westerly wind during the 60-minute rally.

At least three RCMP cruisers were on site, parked well back from the main crowd. Westlock RCMP Staff Sgt. Al Baird said they were alerted well in advance and did not engage the crowd.

“We’ll have a look to see what’s happening. Our function is to keep the peace, observe and to see if there are any breaches of the law and if so what next steps we take,” said Baird, before the rally.

“Typically I haven’t seen something like this in a small detachment like ours. It’s usually something in bigger communities, more city related. I don’t recall the last one I ever heard of.”

In case of larger rallies and protests held in cities, the RCMP has a specific response unit.

“We have a divisional team for the north and south that if need be, we could call in. But I don’t anticipate any violence,” he continued.

“People have their right to have a say. But they also have to realize that when they’re doing things against the law there are consequences.” 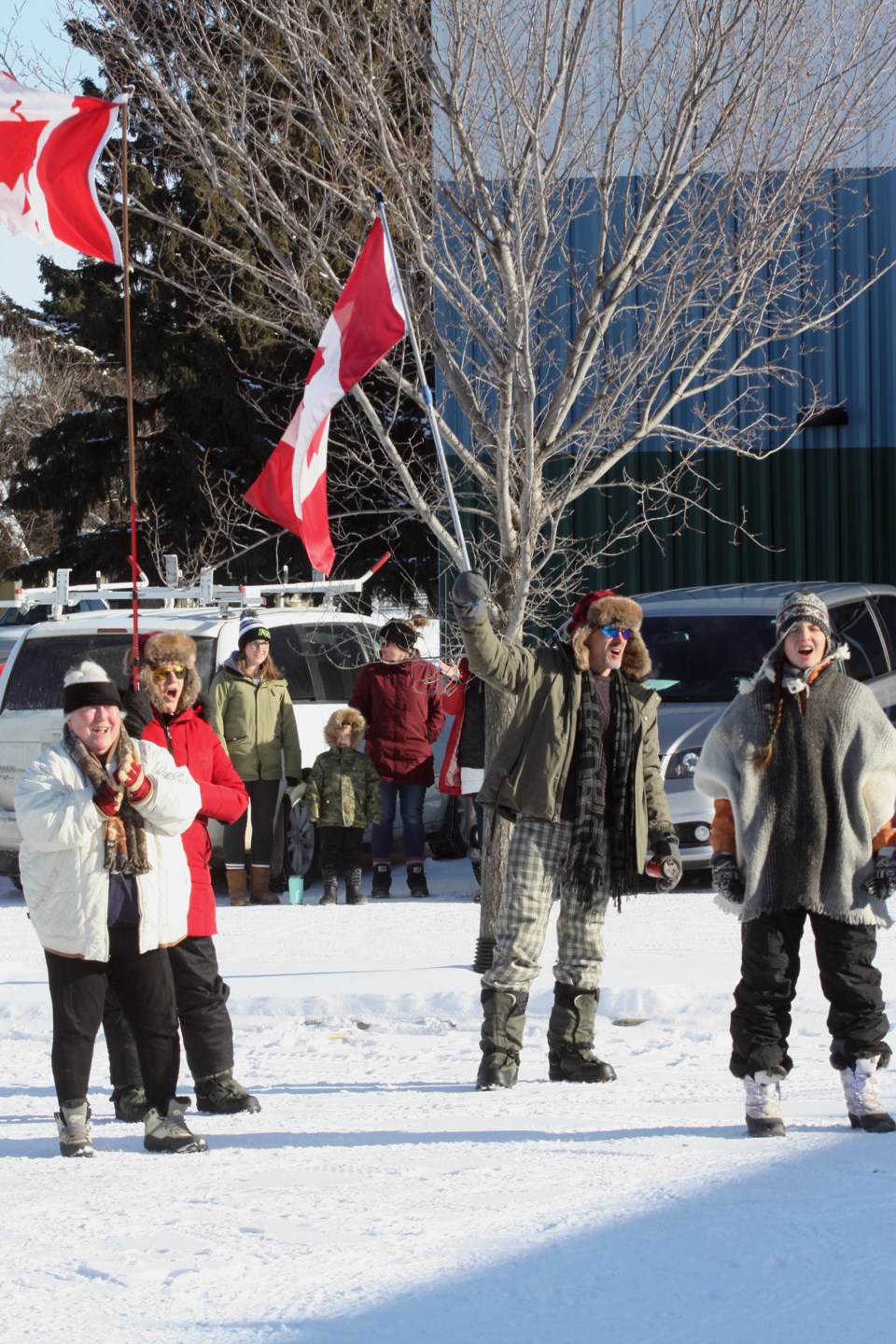 Despite the cold the crowd remained enthusiastic chanting slogan like "End the lockdown."

Town was hands off

Town of Westlock CAO Simone Wiley said the site of the rally was public property and they took a hands-off approach.

“I really likened it to the protests that have been going on at the Legislature and kind of using that … it’s public property so we went along those same lines as well,” said Wiley.

About the Author: George Blais

Anthony Bilodeau hears brother plead for their father's life on drive to shooting
May 26, 2022 2:15 PM