Province plans to move ahead with de-listing parks 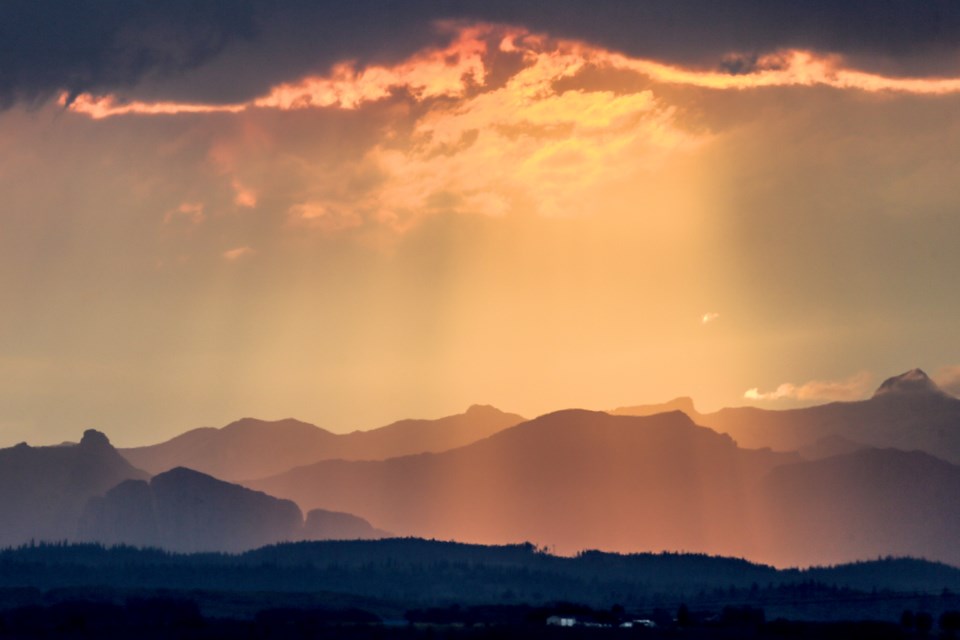 The Rocky Mountains of K-Country as seen from Highway 1 in the MD of Bighorn. The Alberta government is moving forward with plans to remove 175 sites from the Alberta Parks system, including 53 in Kananaskis Country. RMO FILE PHOTO

KANANAKSIS – Alberta Environment and Parks plans to move ahead with its plans to remove 175 sites from the Alberta Parks system.

On Tuesday (Sept.15), the Alberta government reaffirmed $15.23 million in capital funding for Kananaskis Country, where some projects are already underway like renovations to William Watson Lodge, replacing the main lodge at Peter Lougheed Provincial Park and development and expansion of the Barrier Lake day-use area, as part of a $43 million province-wide spend on park infrastructure approved in budget 2020.

At the same time, Environment and Parks Minister Jason Nixon said de-listing a provincial park does not amount to closing a park.

“The conversation that has taken place across the province is for remote sites that are in the provincial park system or where there are opportunities to partner with agencies … or looking at moving them to other parts of Alberta Environment and Parks system where we staff closer to them,” he added.

Contrary to the minister’s statements, many of the parks slated for de-listing are not remote or underused. Fifty-three of the parks are within Kananaskis Country.

Conservationists say that once parks lose their protected area status they are not protected and are open to other uses, including industrial and commercial uses, which compromise conservation goals and public accessibility.

Katie Morrison, conservation director with the Canadian Parks and Wilderness Society’s (CPAWS) Southern Alberta chapter, said the minister is downplaying “what is actually a big deal of de-listing 37 per cent of Alberta’s s protected areas.”

“The big concern is when you remove a park from the Parks system, it is no longer protected,” she said.

“There is no clear reason that these 175 other parks should lose their protection,”

In March, the province announced plans to fully or partially close 20 provincial parks and hand off another 164 to third-party managers.

In June, the provincial government quietly halted the closure of 17 of those due to the COVID-19 pandemic, but with the busy summer over, the plan is back on the table.

Twin Lakes, Sheep Creek, Chain Lakes and Dry Island Buffalo Jump are some of those parks.

Nixon said those 17 facilities are not being closed to Albertans, rather transferred between divisions of the department he oversees.

“They always have been intended for Albertans to access and utilize the same way they do public recreation areas all across the province,” he said.

“During the COVID era, we had to slow down the process of being able to transfer that from division of the department to the other,” he said.

“They will be doing everything possible to make sure they’re operating and available for Albertans next year.”

“He’s saying they’re not closed, but that’s up for debate,” she said, noting three of the 20 were closed.

“We’ve seen some of the areas that are being closed – infrastructure is being taken away, picnic tables ripped out, washrooms closed.”

At the same announcement, Premier Jason Kenney handed over  $480,000 for the Friends of Fish Creek Provincial Park Society to allow the group to expand current onsite conservation work, visitor information and educational programming.

He said that partnerships like the one are needed.

“Alberta Environment and Parks do great and important work, but we’ll never have enough conservation officers to do all that needs to be done,” said Kenney.

“That’s why we’ll be more and more turning to creative partnerships like this with non-profit groups, with volunteer organizations.”

“Why do they think that they need to remove the protection from 175 parks when they have a model of organizations working in protected areas? We still haven’t heard a clear answer on that,” she said.