Something in the way – a real view

Pascale Ouellet paints the mountains, and everything else that might be in sight.

“Even though I was living in the mountains,” Ouellet tells us, “I never really felt like painting them because a lot of local artists were painting local landscapes and I have to say that some did (and still do) a great job at it. It just took me a very long time to find my personal approach and feel like I was not in competition with anyone.”

Ouellet, is originally from a small town in Quebec and moved to Canmore 18 years ago. As an avid rock climber and outdoor enthusiast, she loves spending time in the mountains, but found her first muses in cows, horses and other farm animals.

“The response was instant,” says Ouellet. “People loved my cows right away. So it gave me a really good boost and I would say for 10 years after that, farm animals became the main subject of my paintings.”

All that changed when the pandemic started.

“I had to stop working, we had the kids full time. My husband is a web designer, so obviously all of a sudden he was overwhelmed with work,” Ouellet tells us. “I needed to get outside and stay away from the crowds so we started exploring some obscure areas around Canmore. The kids enjoyed it too. I kind of rediscovered the mountains.” 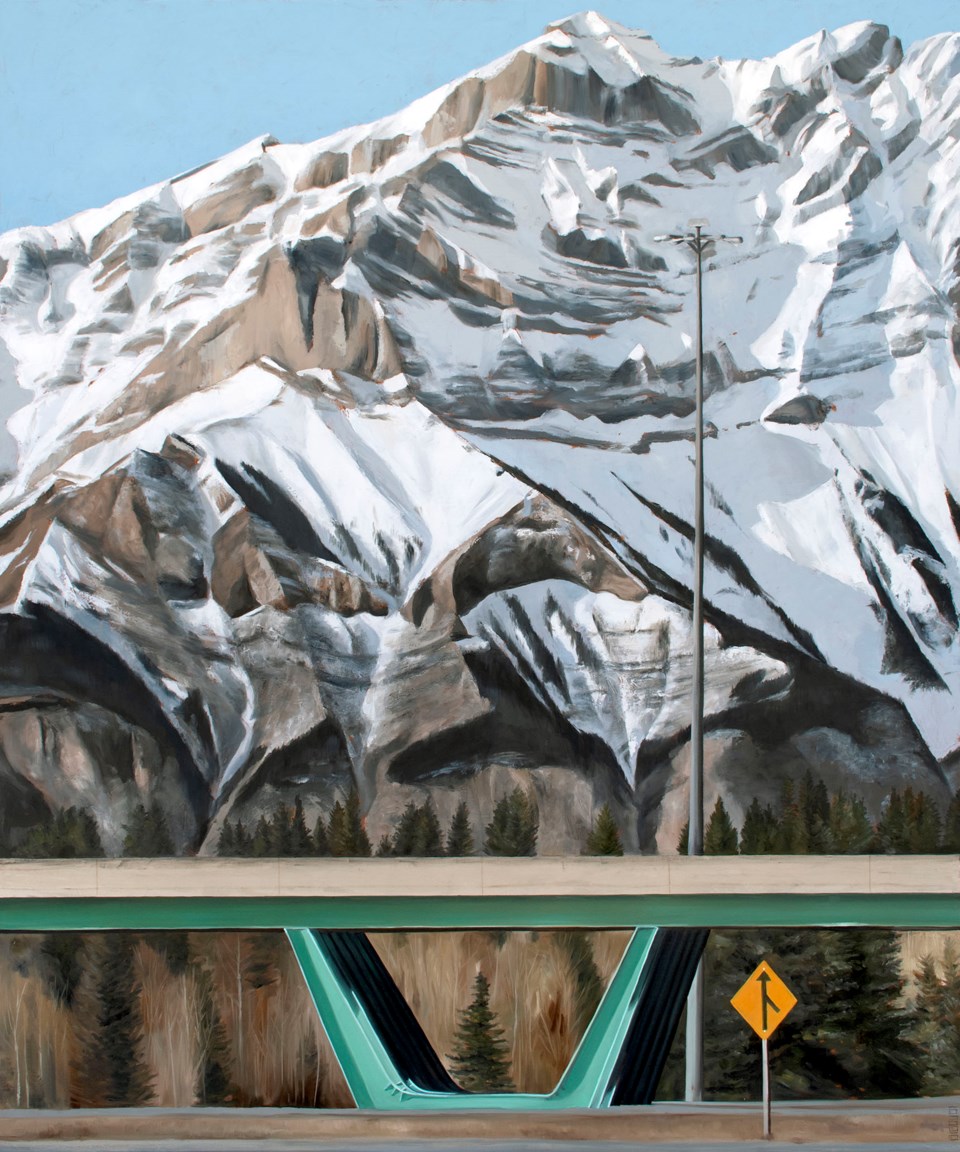 At the same time, Ouellet watched as parts of her community got upset with the flood of people escaping the cities and heading into the mountains. She was mostly sympathetic to the visitors.

“If I was in Calgary and locked down, I would want to just go to the mountains. I could not blame all the visitors wanting to be in Canmore, but on the other hand, we had to stay safe."

Ouellet’s past five years were busy – too busy in ways. “I didn’t even have time for me to stop and think. For the first time, in a long time, I had lots of time to think and ask myself ‘what do I want to do with my art?’”

“I saw a painting made by a foreign artist of the Three Sisters with a log cabin at the base. And that made me realize, ‘That's what people want to see. The romantic image of - everything is beautiful!’ But in reality, there's a neighborhood right there!”

Fueled also by the dichotomy of the influx of visitors, the Three Sister Mountain Village public hearings and an awakening to her own footprint, Ouellet began Something in the Way. 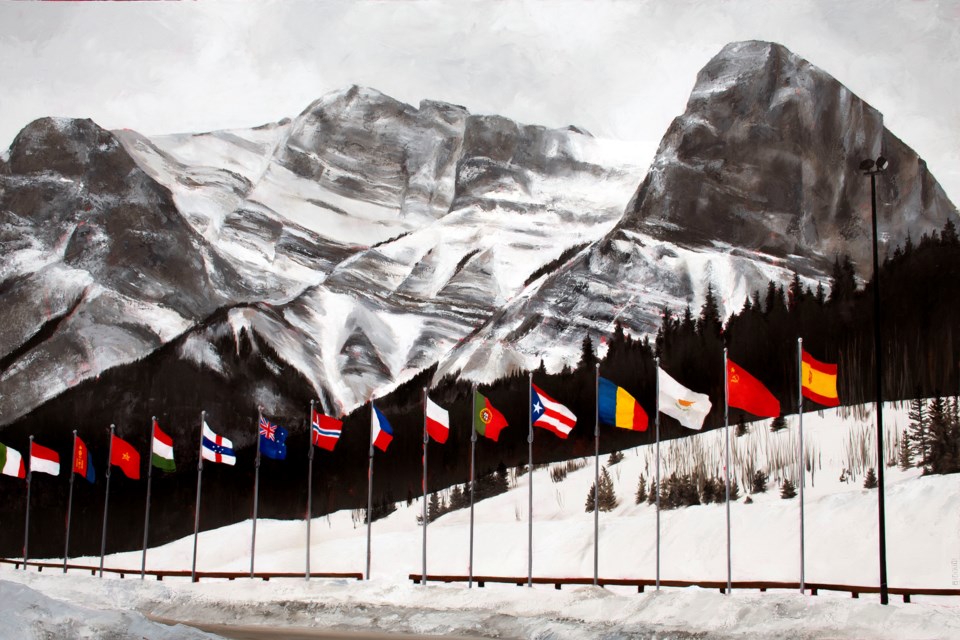 “I'm not an aggressive painter, I don't do dark stuff,” Ouellet tells us. “But the message is always very subtle and present. Even with my cows – who are painted from pictures I took in the field – they obviously became hamburgers, and yet, I am not vegan but I want to dignify the beautiful animals. I'm always trying to be gentle about what I'm trying to say. The same thing goes for Something in the Way, the message is way bigger than what I'm showing. I could have put the diggers and all the machines that are cutting down the trees right now at the Three Sisters intersection but I don't have to – it's all in the underlying message and we know it – we don't have to see it.”

Something in the Way is an integration of what is in reality in the way of the mountain views we cherish so much. Ouellet’s whimsy strokes bring a beauty to the “ugly things” like power lines, signs and other aspects of the infrastructure that allows her to live in the area.

“My hope is that people realize that those power lines crossing the painting also are part of my compositions – because they're part of the reality, and the reality here is pretty awesome!"

To see Something in the Way - visit Elevation Gallery & The Hive Gatherings.