The Stoney Nakoda Fire Department, Exshaw Fire Rescue and Cochrane RCMP responded to the two sheds and one abandoned building set on fire Sunday (May 31)
Jun 1, 2020 4:46 PM By: Tanya Foubert 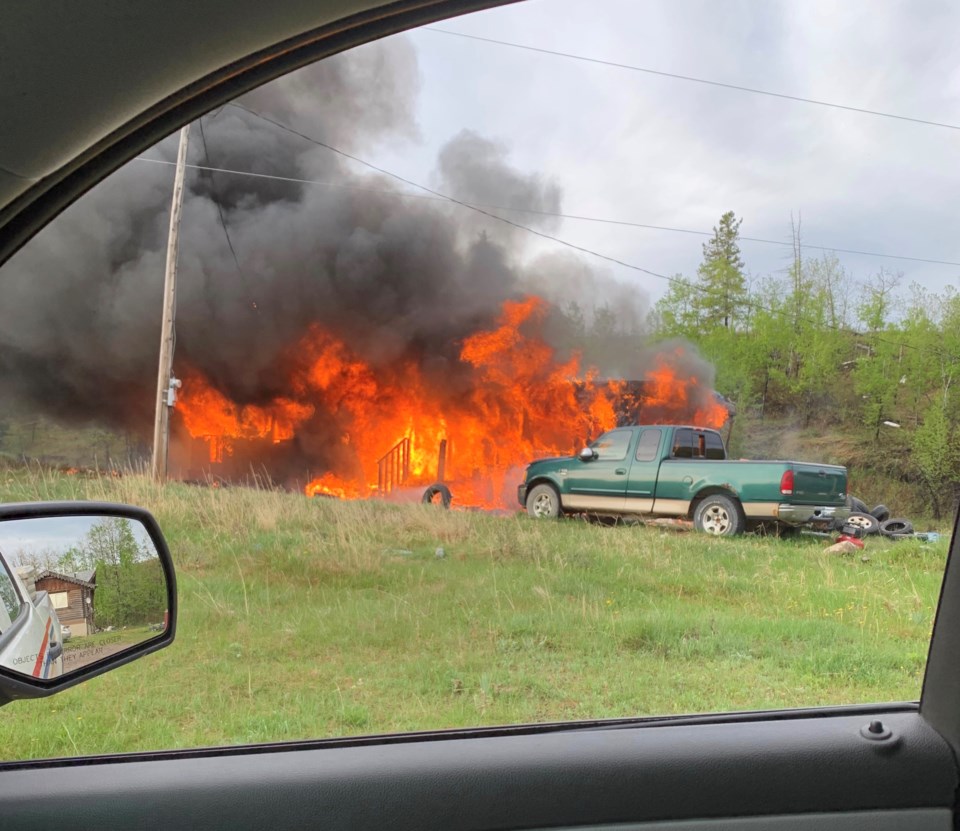 STONEY NAKODA – Cochrane RCMP have arrested and charged a suspect in connection to three structure fires that were set on the Stoney Nakoda First Nation Sunday (May 31).

Cpl. Troy Savinkoff said all three fires happened over a short period of time and within the same area of the Morley townsite. He said multiple calls to report the fires were received.

"Police flooded the area," he said. "We had a description of the of what the suspect might look like. We located the suspect and arrested him."

Branden Powderface, 21, is charged with three counts of arson and three counts of failing to comply with a probation order. Powderface was remanded into custody and will appear in Cochrane Provincial Court on June 2.

Savinkoff said there were no injuries as a result of the fires.

About the Author: Tanya Foubert

Tanya Foubert started as a news reporter at the Rocky Mountain Outlook in 2006. She won the Canadian Community Newspaper Award for best news story for her coverage of the 2013 flood. In December 2018, she became editor of the Outlook.
Read more