Tips for Getting Your Mountain Bike Ready to Hit the Trails

Paul Kerfoot from Outside Bike & Ski talks with us about common mistakes bike owners do in the spring.

Paul Kerfoot has been working in shops in the Bow Valley since 2005 and helped open Outside Bike and Ski in the spring of 2010. He is often referred to as “Paul at Outside”, Punky, Pauli or simply - "Foot." He doesn’t care what you call him, just as long as your aren’t a jerk. As an enduro racer at the pro level, part-time mechanic and manager of Outside Bike and Ski, Kerfoot has seen a lot of bikes in his time. He has also seen the same mistakes made by owners.

"The most common mistake that people do early season for bike prep is think that they're early,” laughs Kerfoot. "Everyone brings their bikes in the first nice week of the year thinking they're ahead of the game, but (long pause) everyone seems to do the exact same thing and there end up being a three- four week wait for bike tune ups.

"General overall service is the main thing in spring.  We all love to put our bikes away beaten and wet, but that makes for unhappy bikes when you pull them out in the spring, but really, the best time for a pre season tune up is January of February. Mechanics aren't swamped then also, if you need parts, there's lots of time to get them in and you probably save money because there's usually winter tune specials.”

Things to do at home.

"Customers can definitely get a jump on service at home by doing a few little things. First off, give your bike a good clean. Second, check all the bolts and give everything a spin and wiggle. That will tell you of things are loose or not spinning well. This also helps narrow down some problems that might be able to be addressed a bit quicker then just a tune up in the case that you were slow to book and have a chance to ride sooner then your tune is booked."

"For all the newer cyclists getting into biking, it definitely helps to have tried a bike first to figure out what kind of mountain biking they may want to get into. Whether that is a rented or borrow. From there, either new or used is ok. New is nice because you have all the info and answers to questions from the shop you buy your bike from as well as after purchase service. Most people are reasonably clueless to what maintenance is required or setup when they're brand new to mountain biking.

“Used can be great deals,  but can also be giant lemons. if you're buying used, bring a friend who knows how to spot issues and has a good knowledge of condition and fit of bikes."

Pro tip: Shops will usually give you advice on used bike in exchange for a few tasty beverages. 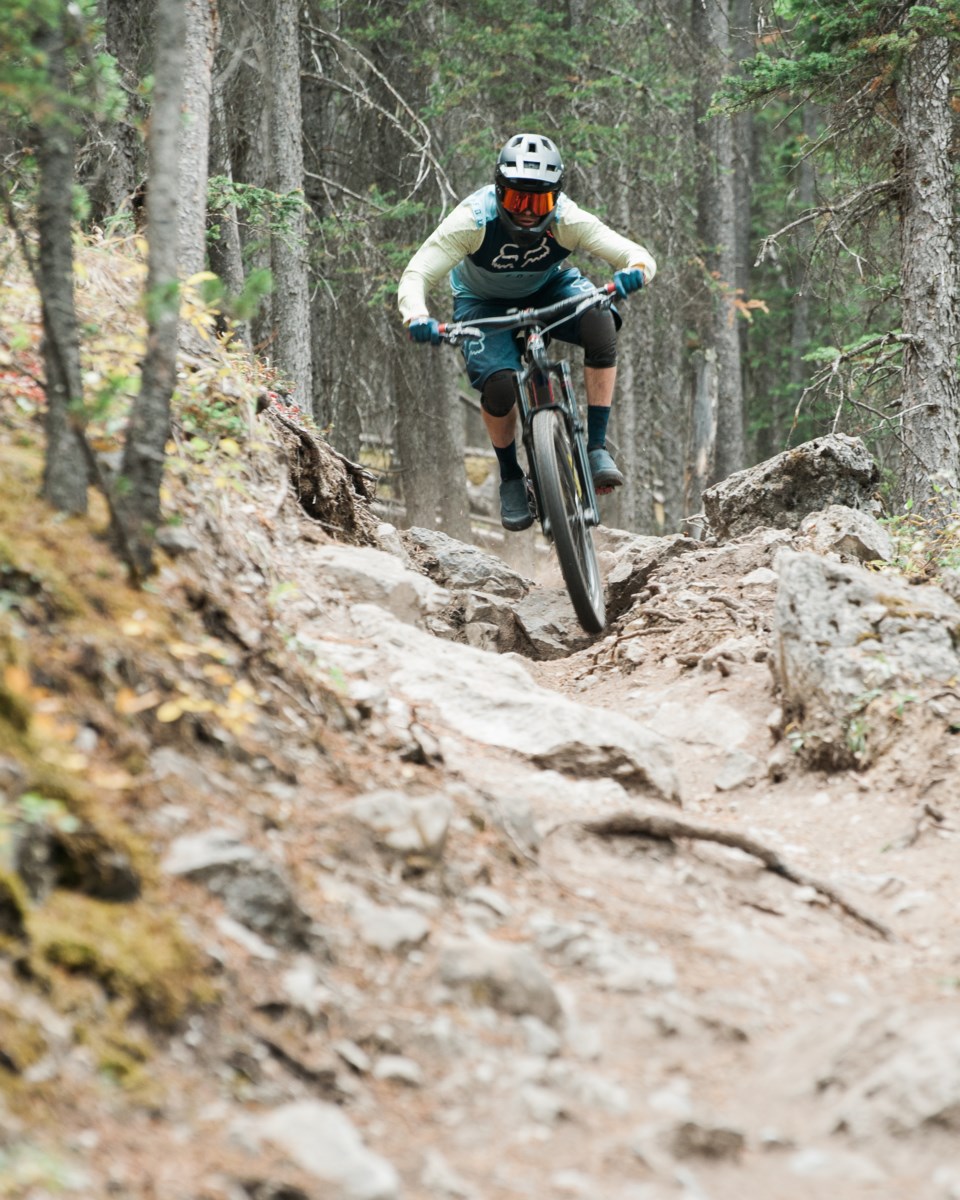 Threading the needle. By Derek Bisbing

"These days with the craziness of the bike world, I would suggest people buy what they think they'll need in the early season, for sure! If they delay - they may miss out," Kerfoot tells us. "If you think you might need a part, it is better to get it now and sell it if you don’t need it, instead of need it and not be able to get it."

And as far as riding?

“Start your season with a few mellower rides and get in the groove before you go full pin," says Kerfoot. He knows this from experience and not so pleasant surgery that took him out for the season a few years ago.

For more info about bikes and how to book your tune-up, check out - www.outsidebikeandski.com.