It took Canada more than four months to get an initial dose to the first 12 million Canadians. The second 12 million got their first dose in just 43 days.
Jun 19, 2021 2:15 PM By: Canadian Press 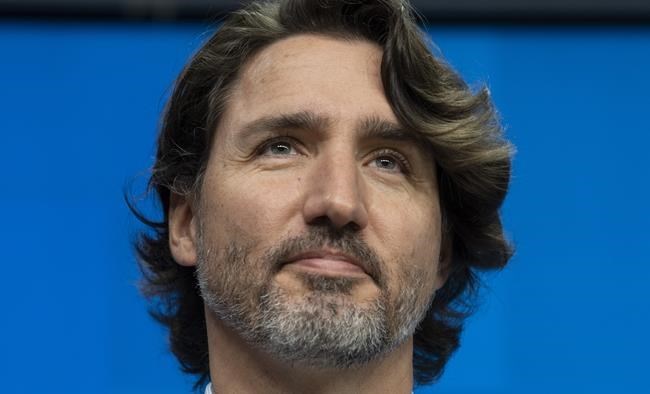 Canadian Prime Minister Justin Trudeau says Canada is on track now to have 68 million doses delivered by the end of July, which is more than enough to fully vaccinate all 33.2 million Canadians over the age of 12. THE CANADIAN PRESS/Adrian Wyld

OTTAWA — Prime Minister Justin Trudeau's promise of a two-dose fall is looking a lot more like it will become a two-dose August.

Trudeau says Canada is on track now to have a total of 68 million doses delivered by the end of July, which is more than enough to fully vaccinate all 33.2 million Canadians over the age of 12.

Canada had been expecting enough to fully vaccinate about 75 per cent of all eligible people before August, but Moderna has now scheduled another 11 million doses to be delivered in late June and early July.

"We've got some work to do to administer all those vaccines, but the news is good and we hopefully will start to see the curve of the second vaccine dose rise as fast as the first has," said Health Minister Patty Hajdu at the House of Commons health committee Friday afternoon.

It took Canada more than four months to get an initial dose to the first 12 million Canadians. The second 12 million got their first dose in just 43 days.

When supplies were limited early on, Canada made a policy choice to delay second doses up to four months so more people could get the protection of one dose faster. But this month, every province has begun to accelerate second doses, and second doses moved from fewer than 32,000 a day in May, to more than 230,000 a day so far in June.

As of Thursday, Canada had partly vaccinated almost 25 million people, and more than six million of them are fully vaccinated.

Health Canada has not yet authorized any vaccines for children younger than 12, but both Pfizer-BioNTech and Moderna hope to have the data for that age group by this fall. Another 30 million doses of Moderna and Pfizer alone are anticipated by the end of September, three times what is needed to fully vaccinate children when their time comes.

Canada's chief public health officer Dr. Theresa Tam says there are some signs uptake in first doses is slowing now and efforts are starting to shift from mass vaccination clinics to more targeted operations for people who have struggled to access a vaccine or are hesitant to get one.

She reiterated that Canadians who get one or two doses of the Oxford-AstraZeneca vaccine are very well protected against COVID-19, despite new guidance from the National Advisory Committee on Immunization Thursday that all Canadians should only get mRNA vaccines from now on.

NACI's advice comes as several studies from Germany have now shown a mixed-dose vaccine schedule is creating stronger immune protection against COVID-19, and with the knowledge Pfizer and Moderna have no risk of the vaccine-induced blood clots believed to be associated with AstraZeneca.

"I can certainly recognize that people may be asking questions or feel frustrated but as I said yesterday NACI is following the science and providing up-to-date recommendations," said Tam at a virtual news conference from Ottawa on Friday. "The most important thing is to get that second dose, and people who got two doses of AstraZeneca should know that they are being protected in terms of illness."

While a two-dose August is on the horizon, the government is still reluctant to officially move up their long-promised target of fully vaccinating all eligible Canadians by September, with vaccine supply chains still tenuous. Pfizer, which has been the only steady and reliable vaccine maker for Canada so far and hasn't missed a planned shipment since February, said this week it was going to have cut back on Canada's shipments in early July.

Procurement Minister Anita Anand said Pfizer is still shipping the promised 9.1 million doses in July, but they will mostly come in the second half of the month.

Moderna, which has struggled with production at its European facilities causing multiple delays in Canada's shipments this spring, has this week started shipping doses from its U.S. production lines.

Patricia Gauthier, the Canadian manager for Moderna, told The Canadian Press in an interview that U.S. supply chains, and Moderna's facility in Norwood, Mass., didn't have the same problems as the European ones.

She also said ramping up to deliver vaccines so quickly means Moderna has never built up an inventory of doses. Whatever is made is shipped as soon as it's ready and whenever there was any problem, it caused delays.

"We haven't had the luxury of producing and having inventory so that customers and stakeholders across the world don't see the bumps that come with ramping up and producing massive volumes of vaccines," she said.

This report by The Canadian Press was first published June 18, 2021.