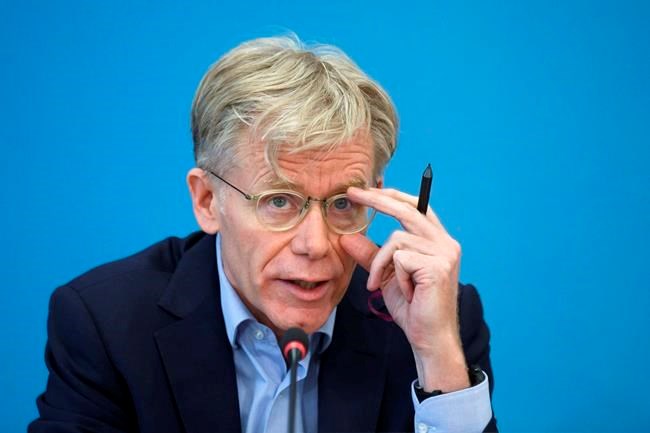 OTTAWA — The world is not ready for the global spread of the novel coronavirus, according to the renowned Canadian epidemiologist who led a team of experts to China to study the virus on behalf of the World Health Organization.

Dr. Bruce Aylward returned from a two-week mission to China, including the city of Wuhan where the spread of the coronavirus began, urging other countries to get ready for a potential outbreak within their own borders as soon as possible.

"This virus will show up," he warned at a briefing Tuesday.

"This is going to come soon, potentially. You've got to be shifting to readiness, rapid-response thinking."

Aylward led a team of 25 world experts, who operated independently of the WHO and their associated institutions.

There are more than 80,000 confirmed cases of the virus worldwide and 2,700 people are known to have died from it, the vast majority of them in China.

The team found that countries should be looking to China for expertise in how to manage and treat the illness now known as COVID-19, noting that country has taken an aggressive approach to testing, containing and treating people who contract the coronavirus.

China has all but locked down whole cities of millions of people in an attempt to keep COVID-19 from spreading and has instituted door-to-door checks of people's temperatures to find sick people and order them into mass treatment centres.

Despite the massive outbreak in China, Aylward said China has seen some success repressing the spread of the virus, with the number of new confirmed cases on the decline.

But he warned the spread of the virus to other countries seems inevitable, and they will need to tackle it with the goal of tracing every case and stopping chains of transmission.

He urged all countries to make sure hospitals increase their bed capacities and have enough ventilators for the very sick. He said they should also prepare to quarantine large numbers of people who come into contact with those who have confirmed cases of the disease.

"There's nothing on that list that countries can't do," he said.

RELATED: Air Canada scrubs all flights to China until April 10 due to coronavirus

Canada's Health Minister Patty Hajdu said Tuesday that Canada is already ahead of many countries because it has a pandemic plan in place and federal authorities have been co-ordinating with provincial health care providers about the COVID-19 response for months now.

Still, Canada has so far been focused on containing sick people coming in from abroad and must now start to prepare for the possibility of local spread.

"As it appears that containment is less and less likely to be successful globally, we turn our attention to our domestic preparedness," Hajdu said.

The health minister had a warning of her own, for all Canadians.

"It's important for Canadians to realize that this may cause disruptions in their lives. It might mean that if someone is ill in their family that people may have to be isolated, that businesses may have to have contingency plans," she said.

Aylward's final report, which includes findings about how the disease is transmitted, has not yet been released. It had been submitted to the WHO and Chinese authorities, who will be responsible for releasing it to the public.

This report by The Canadian Press was first published Feb. 25, 2020