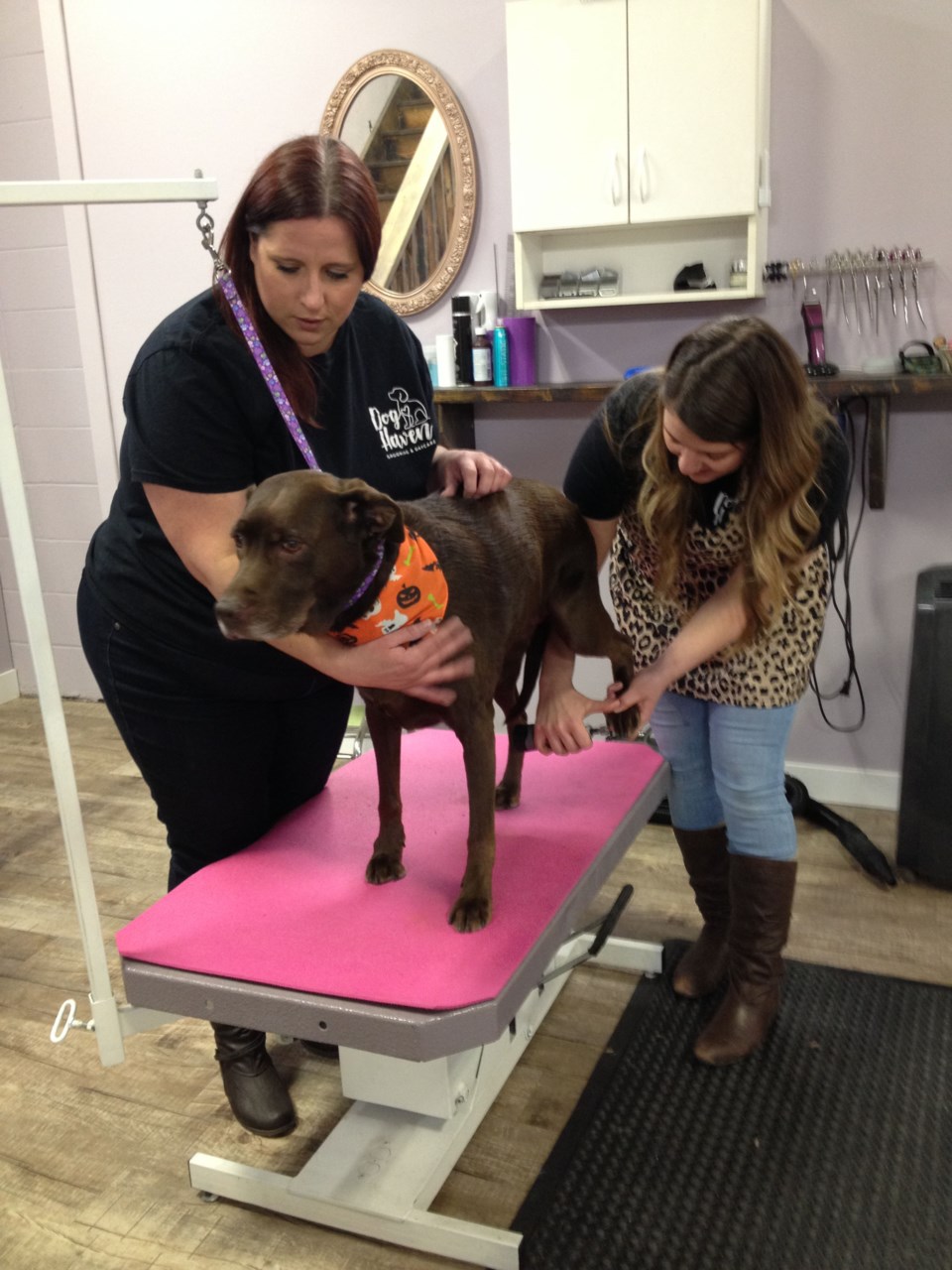 COVID-19 triggered a domino effect of small business closures throughout the region. Surprisingly, the tough times also acted as a catalyst for new businesses to kickstart their operations.

The St. Albert Gazette spoke with two small businesses that were launched after the owners were laid off from their previous jobs and forced to make a career move.

Michelle Skarupa and Megan Arnemann decided to take the plunge and set up Dog Haven Grooming & Daycare after the grooming and kennel pet service they worked for shut its doors permanently at the pandemic’s start.

The duo met as employees. Skarupa, who had 20 years experience in retail management and personal banking, managed the business while Arnemann, an experienced graduate from the Alberta School of Grooming, was head groomer.

“We were a solid team and I had no hesitation partnering with Megan. We didn’t want to go our separate ways. We were going to make it happen,” Skarupa said.

Arnemann added, “I’m very passionate about the people I made connections with. And I didn’t want to work with people I didn’t have good connections. You know when you’ve found a good partner. I built up a good client list and everyone who leaves is satisfied. I wanted this place to be a compassionate place and I knew we could be that if we were at the top of the line.”

Once a plan was formed, the duo purchased the former business's client list, tools, phone number and Facebook page.

“It’s the craziest thing. We were closed for 136 days and (the clients) waited for us,” Skarupa said.

Funding was a big issue. Government funding for COVID-19 relief was allocated only to businesses that were operational for more than a year, and banks were hesitant to offer two jobless entrepreneurs a loan.

Eventually the partners secured a small loan from Servus Credit Union, however family provided the bulk of funding.

For those wondering whether to take a similar leap, Skarupa has a bit of advice.

“Follow your heart, but use your brain. Mitigate the risks and find fantastic business partners you can rely on, and have faith in what you do.”

Prior to the region’s March lockdown, Amitha Samarakoon was a successful chef employed at the Double Tree by Hilton hotel. Shortly after the lockdown, he was laid off. Not knowing if or when a return to work was possible, Samarakoon made a parallel move in the food industry.

A friend, Madura Kushan, also a chef who’d lost his position at Black Bull Bar, teamed up with him and the two pooled their assets to open a restaurant serving cuisine they are passionate about – a fusion of Italian, Sri Lankan and western.

“It was risky opening up during COVID. But I know if we serve real food, people will come. And like I expected, they came. I see the same people often. It was a challenge, but I know if we do the right thing, it will happen,” said Samarakoon.

The duo faced numerous obstacles from completely renovating the 45-seat space to allocating enough funds to keep the restaurant afloat until a steady stream of clients discovered the restaurant.

Samarakoon posted Hot Grill information on Facebook, but initially response was tepid. As a new restaurant, potential customers were unacquainted with it. And some that were familiar with the location associated the grill with the former health bar.

“So we printed 1,500 flyers and walked into every neighbourhood in St. Albert and gave them out. Most people who came to try it (food) came again.”

Madura and Samarakoon view the pandemic as a blessing in disguise. They are grateful for the support St. Albert has given them and hope it will continue into the future. A complete menu is available at thehotgrill.ca.