This Black Friday was completely different 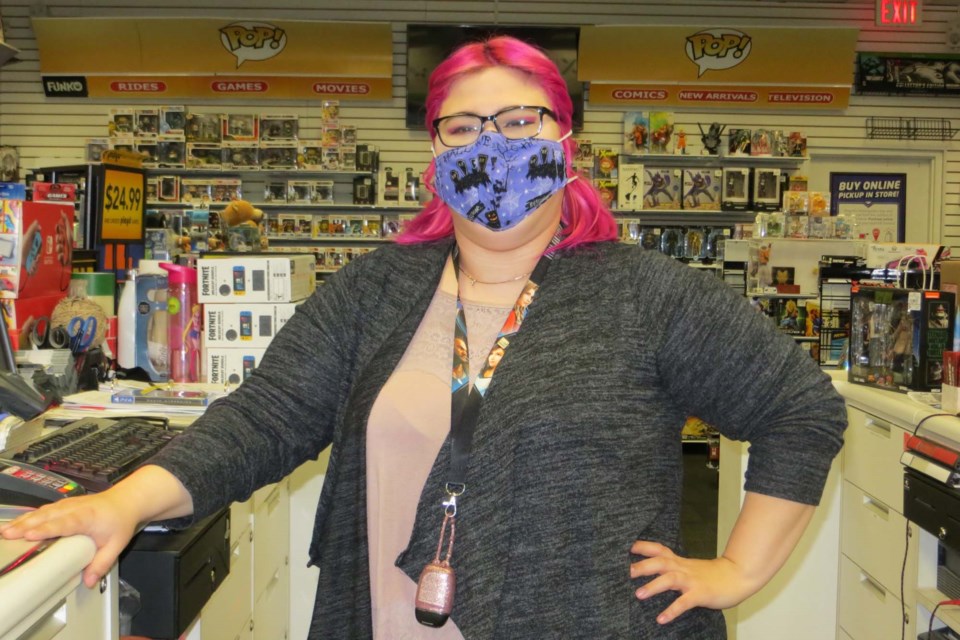 In the United States, Black Friday is considered the busiest shopping day of the year. Although clever retailers introduced the heavily promoted shopping day in Canada in 2008, it never quite caught on fire in the same way.

As always, many St. Albert retailers dangled Black Friday doorbusters this year, but most reported slower in-person sales. With the uncertainty of COVID, consumers have shifted a great deal of their shopping online.

John Engel, owner of Mission Fun and Games, chose not to offer Black Friday sales. Instead, he gives employee pricing throughout the year, a tactic that scores a steady clientele.

During the last shutdown, staff at the board game shop refined their curbside pickup.

“We know what we’re doing. We’ve reinvented our website with the newest technology and it’s paid off in spades.”

Over at EB Games, manager Lindsay Johnston noted the pop culture and video game company spread its Black Friday discounts throughout the month.

“Different deals started at different times. We didn’t want everybody to come in all at once because of COVID,” Johnston said.

On Black Friday, video games were selling at 30 per cent off while some pop culture collectibles were marked down by as much as 50 per cent.

“NHL games were on at 50 per cent and we had a lot of Nintendo. They normally sell at $80 and were going for $50. Nintendo doesn’t tend to put its games on sale, so it was nice. Their games pretty much sell themselves.”

Following COVID restrictions, the store is limited to 10 people.

“It was slower than the previous year. In 2019, we had consoles, but this year we don’t have any. But we did have more people ordering online with the option to pickup at the door. People are trying not to go out. They’re staying home for safety.”

Malls across the country have witnessed a slow-down in foot traffic. St. Albert Centre is no exception. A window sign at The Body Shop, a beauty and personal care store, stated there was a 30-per-cent Black Friday sale until Monday.

“Black Friday was not the greatest at the mall. A lot of people were panic shopping earlier in the week before the Tuesday (provincial government) announcement. They thought we might shut down. By Friday, they’d done all their shopping and we were seeing a pickup for Christmas,” said Body Shop manager Kristina Bennett.

A staffer at Sports Closet, a mall shop that sells sports jerseys, hats, apparel and memorabilia from NHL, NFL, NBA, MLB and international leagues, also did not see a huge upswing in Friday sales.

“It’s been pretty steady. People are doing their shopping earlier in case we shut down,” said the staffer.

Just a few doors down, Kelly Martin, assistant manager at QE Home, stated some of her clients began Christmas shopping in the summer for luxury bedding and linens.

“We started our Black Friday sales two weeks earlier to help control the number of people in the store. We had a number of people come in in advance and take advantage of our slower afternoons,” Martin said.

Although the shop offers an online service with pickup at the store, most of QE’s clients prefer to shop in person.

She added the store offers in-person shop-by-appointment or Zoom for the COVID-shy consumer.

Every retailer the Gazette spoke to is pinning their hopes on Christmas in-store and online shopping that will make up for months of lost sales. Although store layouts are reconfigured and there are new rules regarding masks, there are still many unknowns.