The Invisible – Agents of Ungentlemanly Warfare 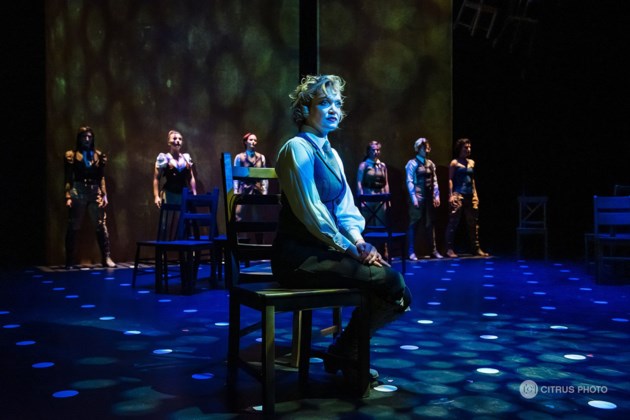 The Invisible is inspired by the stories of real-life female Special Operation Executives (SOE) in the Second World War. France. 1940.

After months of training and successful missions, The Invisible are sent on one of their most dangerous missions to date. Seven exceptional female operatives risk their lives to fight a dangerous war of sabotage, propaganda, and espionage – breaking new ground and defying expectations, these women achieve the impossible, helping to bring down the greatest threat of their time, only to go completely unseen.

This genre-busting mash-up of historical research, film-noir, graphic novels, and musical theatre is a contemporary portrait of the brave women who risked their lives to fight a dangerous war of sabotage, propaganda, and espionage during the Second World War – only to find themselves betrayed by the very world they believed they were fighting for. Inspired by the stories of real life female SOE’s, The Invisible is a musical tour-de-force.