After the omega of the gardening year 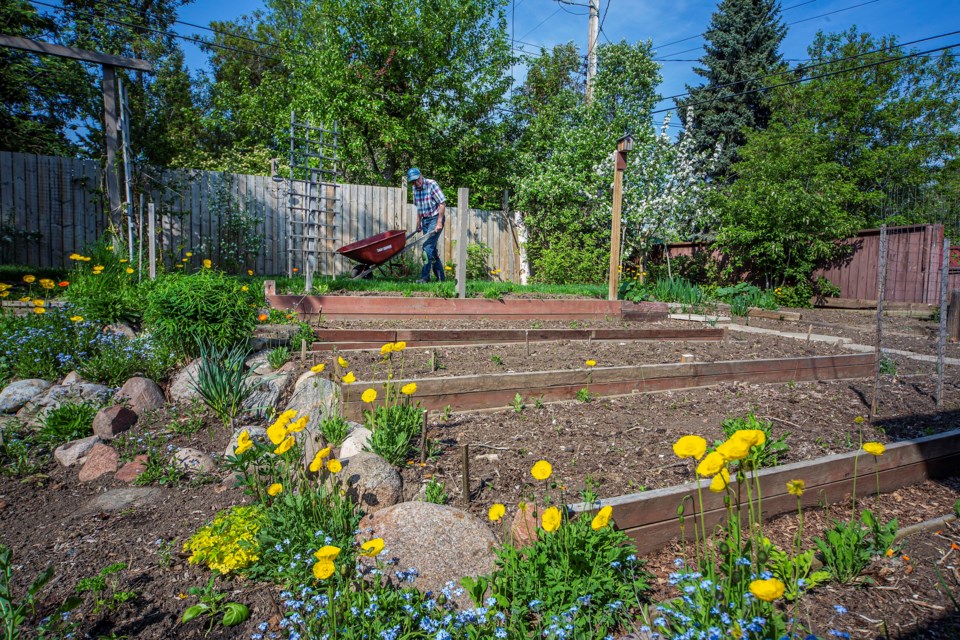 What has this to do with my gardening? Well, we like cabbage. A highly nutritious vegetable and one of my more successful produce. And we don’t have to cosy up to the grocery stores for at least seven months of the year for much of our vegetables and fruit.

I believe that climate change has to be combated from the bottom up and from the top down. Little acts by many individuals can have a major impact on reducing global warming – such as forgoing plastic bags, eating less red meat, gardening, driving less and many other options.

Top down actions by government and industry can include carbon sequestering, capturing carbon dioxide from the air and making fuel from that carbon, avoiding the use of building and construction materials whose manufacture involves large amounts of carbon emissions in their creation, net zero housing, changes in building codes, planting a trillion trees and many other technological advances.

If you think planting a trillion trees is a lot, you are right. But it is feasible. The Australians have developed a drone that can plant a million trees a year. It will only take a million of those drones to plant a trillion trees; major car manufactures each produce far more than a million cars in a year.

The Alberta government has a pilot project involving hydrogen fuel cell powered trucks hauling goods between Edmonton and Calgary. They estimate a zero-carbon emission and a reduction of approximately 40 per cent in the cost of the fuel.

While 2019 was a somewhat rainy and cool summer, my garden produced well. I think my raised beds made the difference. Some of my friends’ gardens were a disaster. Raised beds drain better, and roots are not as waterlogged. My carrots were as productive as last year. Potatoes and onions were better than last year, possibly because of the extra moisture. While tomatoes were late, the first frost came in the end of September, and while most were green, they are ripening well.  The rest, spinach, beans, peas, beets, corn, cabbage, berries and fruit, while late a bit, yielded well. However, my pumpkins and squash did not produce at all.

There are many reasons why I garden.  Some of them are:
1. My produce is organic, tasty and healthy;
2. Gardening is a physically and mentally healthy activity;
3. Gardening is an intellectual challenge, learning how to make the best of my growing location. This includes creating an optimum soil, finding optimum locations considering sun and shade, and outwitting pests;
4. Gardening is something I can do personally to, in a small way, help the environment and reduce global warming. The many facets of commercial food production all add carbon dioxide to the atmosphere;
5. And I save money. This year, in reaction to some who question the value of my gardening, I decided to weigh and calculate the value of all my produce. I used an average of store prices and have calculate that the value of my efforts came to at least $1,950, less the cost of seeds.

And so, each level, you on the one hand and government and industry on the other, can have a significant impact on reducing global warming.

There is much to be optimistic about. I hope you will take up the challenge, if not for yourself, for your children, your grandchildren and even your great grandchildren. It will be your legacy to them.

And now comes the planning season. An opportunity to read and research and plan what I will plant next year, and where.

I hope you have found these reflections interesting and I encourage you to plan to garden next year.

Charles Schroder is a St. Albert resident and an avid gardener.