Copenhagen more about self-interest than responsibility

Copenhagen has two claims to fame at the moment: it's Europe's best city for live jazz and there is an environmental summit going on there aimed at saving humanity.
0
Dec 15, 2009 11:00 PM By: St. Albert Today Staff 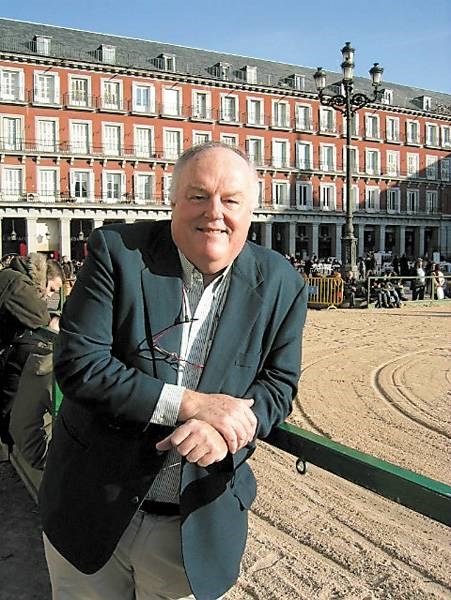 Copenhagen has two claims to fame at the moment: it's Europe's best city for live jazz and there is an environmental summit going on there aimed at saving humanity.

A summit designed to save the planet is heady stuff and the sense of occasion in Copenhagen is palpable. But you don't have to scratch very deep before the gold plate on the environmental show of unity reveals the base metal upon which it is bonded. Float the proposition that it is this generation's responsibility to define a process to save the planet, and you will be greeted with rousing approbation. Float the idea that effective measures to make that process a reality outweigh whatever sacrifices they might imply, and you're likely to feel the airy breeze of one hand clapping . . . or slapping. Welcome to the real world where the holy grail of environmental idealism runs head-on into a cocktail of cold, hard economics mixed with partisan politics.

That it took less than a week before the cracks began to show came as no surprise. Danish police arrested hundreds of angry protesters on Saturday, the day that a first draft of an end-of-summit agreement was released. The underwhelming document, bereft of specifics, elicited the enthusiasm of no one and served only to show how much remains to be done.

Be aware that there are four quintessential power bases that drive these negotiations: the United States, Europe, China and the developing world. The divergence of their respective positions is less than encouraging. The United States is proposing carbon reductions of about 17 per cent by the year 2020, whilst France is pushing the European delegation to champion a figure of 30 per cent. The Chinese refuse to discuss absolute reductions, backing instead their concept of “carbon intensity,” a relative measure that would link reductions to levels of GDP.

To put these numbers into perspective, the recommendations from the 2007 Bali summit, intended to prepare the playing field for Copenhagen, called for worldwide absolute emissions reductions of 40 per cent by 2020. That the starting spread for negotiations comes in at a figure significantly lower than the pre-defined objective speaks for itself.

For its part, the developing world refuses to discuss specific reductions at all, arguing that its participation in effective emissions reductions must be linked to economic aid from the developing world. Their argument? They are on the front line to suffer from global warming and can't progress economically and pay their way to lower carbon emissions at the same time.

This is a rare point on which there appears to be universal agreement; that is, until discussion turns to the specifics of how much aid is necessary and, when that is determined, under what kind of process and in what form it will be administered and distributed.

The one exception is the European Union. The European Council met in Brussels last week and pledged just over 7 billion Euros ($10 billion USD) to help poor countries meet their environmental obligations, that sum to be spread over the next three years, with 60 per cent of the cost to be underwritten by France, Germany and the United Kingdom. The problem is that three years is little more than a stopgap measure that takes them up to 2012, the date of the Kyoto treaty’s expiration that the Copenhagen treaty is meant to replace.

Is the situation hopeless? It all comes down to your expectations. If you're in Copenhagen expecting a sweeping, worldwide, long-term agreement on emissions that is fully financed, verifiable and enforceable, your time will be better spent sampling the aquavit and the vibes in the jazz clubs. But if you're OK with a pragmatic outcome that modestly pushes the envelope from the Kyoto accords and takes up where it left off, you just might be able to squeak through.

One thing is certain: at the closing, the summit's final communiquĂ© will declare it a success, the dawn of a new environmental age. Happily, there is a reliable test for whether those declarations are based upon substance, or are just an exercise in hype.

Robert landed his first job in journalism nearly 40 years ago at United Press International in New York. Since then he's had a mixed bag of work experience — Paris Bureau Chief for McGraw-Hill's Electronics magazine, university teaching and consultant on satellite communications. He is based in Paris.