Some facilities under maintenance through July
Jun 12, 2020 4:04 PM By: Brittany Gervais 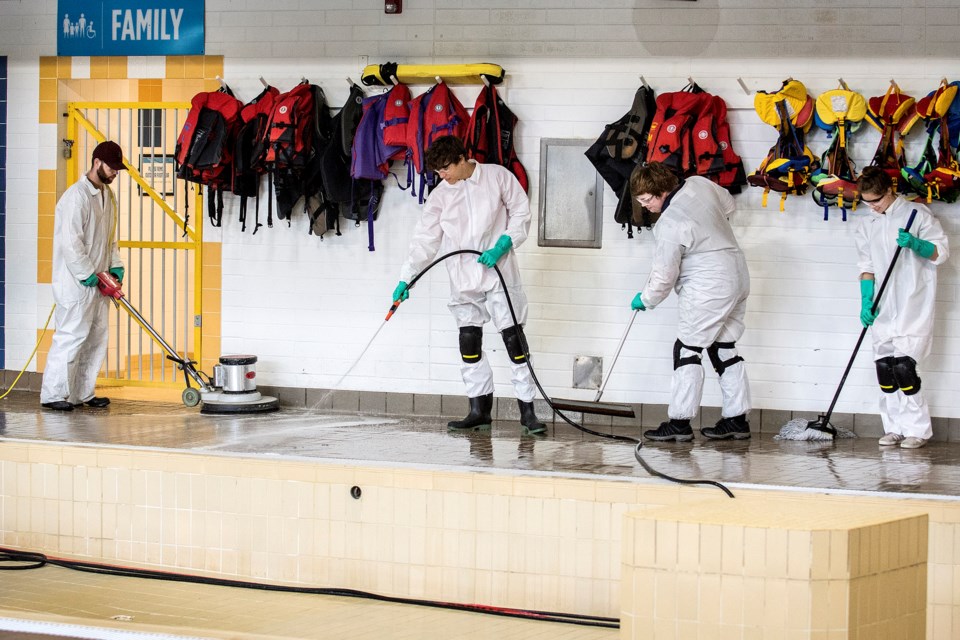 The City of St. Albert says it won't be a simple task to get indoor and outdoor recreation facilities back up and running again after four months of closure.

Hundreds of pages of safety and health guidelines need to be implemented, city staff need to be hired back or reassigned, maintenance work needs to be completed – and that's just the start of the city's laundry list.

"Reopening these facilities isn't like a turning on a light switch, it won't all happen all at once," said Mayor Cathy Heron. "We're excited, but we're going to do this right."

Stage 2 of Alberta’s economic relaunch began on June 12, a full week earlier than the province had originally targeted.

Some amenities that weren't originally scheduled to reopen until Stage 3, including indoor fitness and recreation centres, are be allowed to reopen as of June 12. Gyms and arenas can reopen, and pools for leisure swimming also received a green light.

The city's emergency management advisory committee met with the Emergency Operations Centre on June 11 to talk about the work needed to be done, with more details on potential timelines.

A draft of seven guiding principles for reopening was presented by Percy Janke, EOC director of emergency management. It will go back to the committee with more information for the next meeting on June 18.

Facilities will be brought back when they are ready, using cost-recovery methods when possible.

The city will monitor what other regional partners are doing when it comes to decision-making, and will prioritize reopenings to meet the demand of some user groups where possible.

Impacts on service levels, resource capacities, and organizational risk and responsibilities will be considered with the reopening.

"Those guiding principles will start to identify what we can open up, and to what level," said Coun. Ken MacKay.

Getting it done now

When facilities closed down, the City of St. Albert decided to take advantage of the opportunity to move forward on annual maintenance work usually done in the fall.

"That will not allow us to open them any sooner. There's just no way we can rush it," he said.

Getting this work done now will mean these facilities will be open through the fall, Janke said.

The City of St. Albert is modifying previous plans for reopening based on new information from the province.

"There are significant changes we've noticed in these (provincial) documents with no notification or change in versioning," said Janke. He pointed to guidance on pools as an example.

"Initially there was some guidance on pools that none of the leisure facilities could be open. But then there's been a late change that allows for some of those potentials. Those sorts of things are actually changing the planning in place as we go."

The other pieces include developing and implementing measures for increased cleaning, ensuring highly visible signage and floor decals, and in most facilities, a rapid response plan is required to deal with individuals who come down with COVID-19 on site.

"It's a matter of tweaking and changing that (plan) to deal with patrons as well as staff members," Janke said.

Janke said the organizations are opening in varying degrees. The Botanic Park will be open for weddings, and the Rugby Club will open its bar.

Social gatherings are restricted to 50 people maximum indoors, with limits of 100 people for outdoor events in Alberta.

MacKay asked if participation limits would need to be set for indoor recreation facilities like Servus Place, and if those numbers would also include staff.

Janke said there will be restrictions on the number of people allowed inside, but staff are working out specific details.

"We're working with recreation on providing a master planning document for facilities that will have all that information in there, the historical use as well as some of the specifics," Janke said.

People coming into indoor pools will need to be screened, swim clubs and camps will be smaller with at least one person on deck to make sure these public health guidelines are adhered to. Water used for the city's splash parks will need to be tested first through the provincial lab.

The city won't be able to reopen outdoor pools including Grosvenor Pool right away, "we just don't have the capacity to be able to do that," MacKay said, noting none of the city's regional partners are opening outdoor pools.

More clarity is needed before facilities like Servus Place will be allowed to reopen, he said. Service levels of sports fields, like mowing or new painted lines, may also need to be modified.

To date, the city has temporarily laid off 322 permanent and non-permanent employees, approximately 30 per cent of its workforce. A majority of them were from the city's recreation department, Heron said, with some staff moved temporarily to other departments.

"We redeployed as many as we can, so some of our recreation staff are riding lawnmowers and helping out in public works," she said.

The city is currently developing comprehensive opening and re-entry procedures, which will inform the number, how and where staff are deployed. More information is not available at this time as details are still being worked out, according to the city.