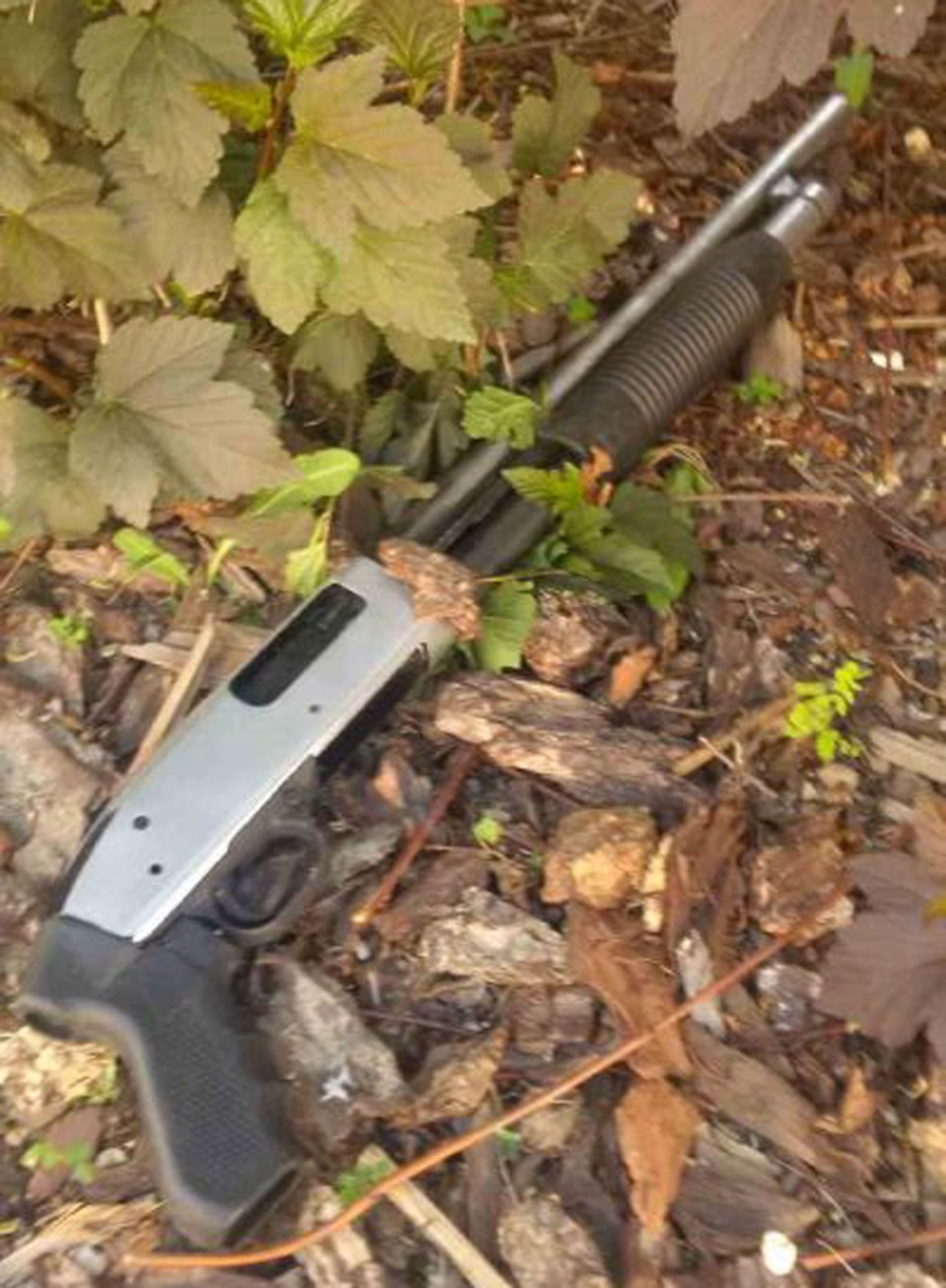 A man convicted of armed robbery in Sturgeon County has received a six-year sentence for his crimes.

David Desroches pleaded guilty to various counts of stolen property, possession of a firearm and robberies that took place in Sturgeon County and Vermillion in June.

Judge B. R. Garriock sentenced David Desroches to six years in prison on Thursday, Sept. 11, at Morinville Provincial Court. Desroches will serve his term minus three months of time he completed while in custody at Edmonton Remand Centre.

Desroches has a lengthy criminal record that includes 38 offences in the last two years.

His arrest occurred June 16 as a result of an armed robbery in Sturgeon County near Morinville. The robbery evolved into an RCMP chase that ended at St. Albert’s Walmart parking lot. RCMP charged Desroches and two others: Sheyene Bruno faced 13 criminal charges while Kalob Kochanowsky faced 16 charges relating to this incident.

The incident began after Desroches stole a Ford truck, a flatbed trailer and a John Deere tractor strapped to the trailer, allegedly with Bruno and Kochanowsky. While driving with stolen proceeds, the driver swerved into a ditch. When three men came to the group’s assistance, Desroches pulled out a loaded 12-gauge shotgun, pointed it at them and stole their Chevrolet Silverado.

Morinville RCMP pursued the trio into St. Albert, where Desroches and Bruno disposed of the loaded shotgun at a walking path near Home Depot shortly before officers arrested them.

Desroches was also in a party of five that stole a Ford 350 in Vermilion just a few months prior on Feb. 12, 2020. The truck was recovered when the owner used an iPad to track the vehicle’s GPS.

RCMP used a spike belt to force the vehicle off the road. Inside the truck, officers discovered various items including a firearm, masks, knives, break and enter instruments and drugs.

In his final argument, Sopko stated he recognized Desroches' guilty plea saved the courts a great deal of time and resources. However, he also stated the value of the thefts was high, and a loaded firearm without a safety switch could have resulted in violence.

Another aggravating factor, Sopko said, was that the offences occurred on rural property where people have difficulty protecting themselves.

“He needs to be separated individually from the public to protect the public,” Sopko said. “Six years incarceration is significant, but a necessary one to deter this type of conduct.”

Crumpton described the suggested sentence as “fit and appropriate.” She added Desroches had acknowledged he made poor decisions in large part due to a childhood that involved abuse, foster care and group homes. He also suffers from mental health and substance abuse issues resulting from a vehicle collision.

“He deserves alternative counseling. Unfortunately, the reality (is) when you are in and out of Remand, the concerns of finding work and housing take priority,” Crumpton said.

“By serving his sentence in the penitentiary, he will be able to seek the treatment and counseling he needs. There will be more opportunities to set him on a better path for reintegration into society.”

Bruno, who pleaded guilty to possessing stolen property, was handed a sentence of probation and community service.

Judge Garroick administered a sentence of 50 hours of community service and a 12-month probation with conditions such as keeping the peace, attending court commitments and undergoing counseling.

Tania Shapka, her defence counsel, noted Bruno was raised in an unstable environment, left home at 16 and only has a Grade 10 education. More recently, she has been homeless and sustained a 12-hour beating that left her with head injuries and PTSD.

In addition, Bruno only had one prior offence on her record, which she received a fine for. The focus of this sentence was rehabilitation and reintegration.

Sopko stated, “If this lady can get her alcohol and drug issues in order, she could be a productive member of society.”

Kochanowsky's matters are being dealt with separately.