Additional cases of a more transmissible version of the COVID-19 virus have been popping up around Canada recently, and experts are concerned about what that could mean for an already unruly spread of the disease.
Jan 16, 2021 4:15 PM By: Canadian Press 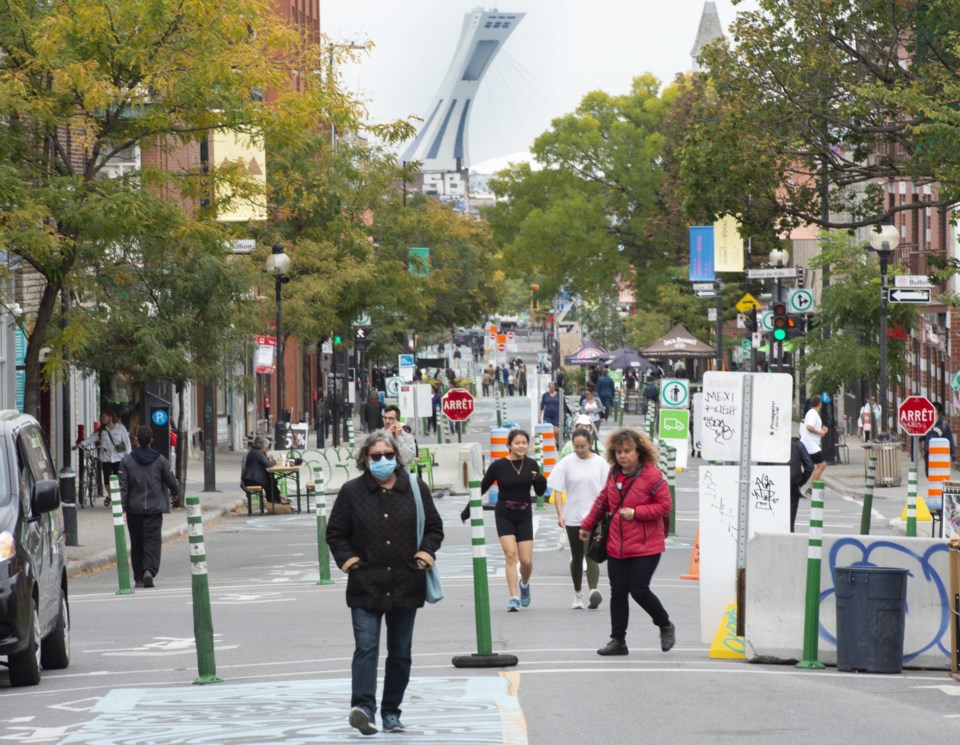 Additional cases of a more transmissible version of the COVID-19 virus have been popping up around Canada recently, and experts are concerned about what that could mean for an already unruly spread of the disease.

Studies suggest the variant, which first appeared in the U.K. before proliferating across several countries, is 50 to 70 per cent more transmissible than earlier strains.

Earlier this week, Ontario reported eight new cases of the variant, labelled B.1.1.7. No travel link was found for three of them, suggesting the more contagious form may already be spreading in the community.

"The fact that this is coming at a time where, in many parts of the country, cases are already increasing, that certainly compounds things," said Dr. Ilan Schwartz, an associate professor of infectious diseases at the University of Alberta.

"We need to take this seriously — not just the new variants, but the virus in general — and suppress transmission as much as possible so we can do away with nasty surprises like this."

While there's no evidence B.1.1.7 produces more severe disease, its increased rate of transmissibility makes it more threatening, experts say. A virus spreading around the community more easily leads to an increase in hospitalization and deaths once it gets into more vulnerable populations.

Cynthia Carr, an epidemiologist in Winnipeg, says the variant "doesn't have to be more severe to be serious."

"We don't want to scare people out of their minds, but we also don't want people to think, 'OK, it's just another strain,'" Carr said. "There's no evidence that the variant itself is more dangerous, but there's also no evidence that it's less impactful."

Carr says scientists have seen more viral load in people infected with the variant, which makes them more contagious.

Mutations in the virus's genetic material have also made the variant more transmissible by allowing it to attach better to our cells.

"Think of that spike protein as a magnet sticking even faster and stronger," Carr said. "It gets in and replicates and progresses within our body, and then spreads it to somebody else."

Studies from the U.K. showed that even with restrictive measures, the variant was spreading with an R-value of 1.45 — each positive case was infecting 1.45 others — instead of the 0.95 rate of the older version's spread amid the same public health restrictions.

That's how a variant can "quickly become a dominant strain," Carr says.

"It just needs a few chances to be around groups of people, and it will spread fast."

Experts say there's no evidence right now that B.1.1.7 remains viable on surfaces longer, or spreads better outdoors than the other version of virus. So public health measures we're currently practising — hand-washing, keeping two metres distance, and mask-wearing — should work against it.

Carr says to be cautious in cold weather, however, where dry air may allow viral droplets — from the new variant or not — to float around longer before hitting the ground.

Ontario's chief medical officer said in a news conference Thursday that the presence of the new variant adds more pressure to be stringent with measures to reduce spread.

"With the steps taking place, we can curtail any movement so it does not become dominant," Dr. David Williams said, referring to the province's stricter stay-at-home orders that began Thursday.

B.1.1.7 isn't the only variant that could be troublesome, and Dr. Ross Upshur of the University of Toronto's School of Public Health says scientists are keeping an eye on one recently originating in South Africa and another emerging out of Brazil.

Variants are discovered using genomic sequencing, a process where the virus's genetic material is analyzed piece by piece to detect differences between strains. A variant can become a new strain when enough mutations have changed it considerably.

Upshur says it's not surprising to see cases being detected in Canada, but it is concerning.

"The projections of the new variant's impact means the already exceptionally high transmission rates across Canada would become even higher in the short term," he said. "But independent of the new variant, we have to be more careful ... We are in a drastically worse situation now than we were in the spring by orders of magnitude. So we better pull up our socks."

Experts don't think the new variant will impact the effectiveness of our current vaccines.

Schwartz warns, however, that more mutations will keep arising as we give the virus opportunities to replicate and change.

"We could see mutations to the point that (the virus) could possibly escape a response to vaccination," he said, adding that regular booster shots may be required in that case.

"The longer we allow for uncontrolled spread, the more likely we'll see variants of mutations."

This report by The Canadian Press was first published Jan. 14, 2021.