Encore, the festival concert gala normally held at the Arden Theatre following the competition, has morphed into a virtual event with performances from 12 select musicians.
Apr 29, 2021 3:45 PM By: Anna Borowiecki 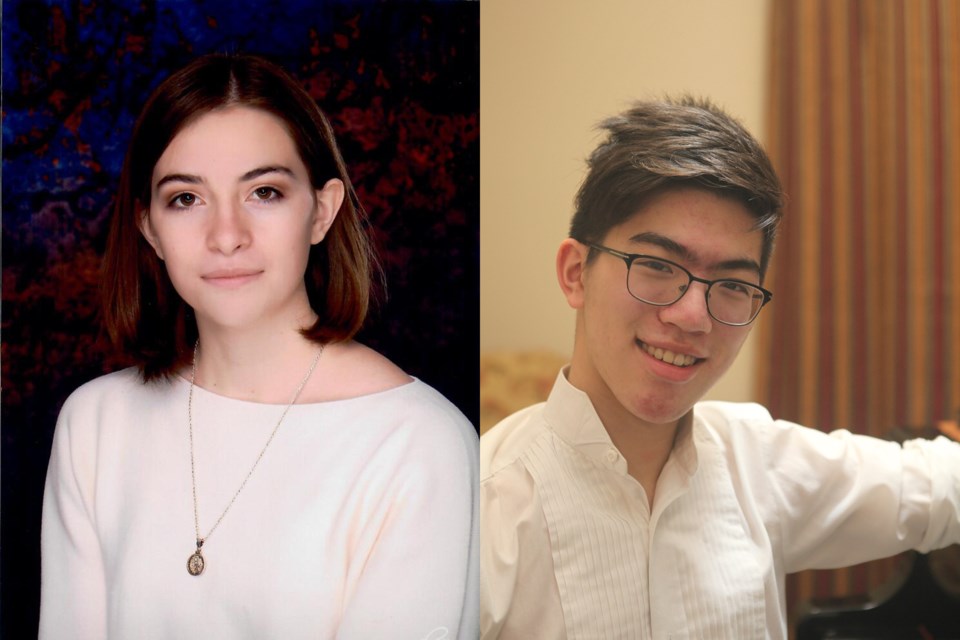 The St. Albert Rotary Music Festival has a way of capturing the moment. For the 313 youth who competed April 6 to 16 while social distancing, it became a shared expression of hope.

Encore, the festival concert gala normally held at the Arden Theatre following the competition, has morphed into a virtual event with performances from 12 select musicians. The free event was set to be uploaded for public viewing on Facebook on April 29, where it will remain for several weeks.

“We were really pleased with the entries, especially since we couldn’t host choirs or bands,” said Mark Moran, vice president of the music festival and operations chair.

Musicians were filmed as they competed as solo performers at the St. Albert Salvation Army Church. Once performers were selected for Encore, their performance scenes were stitched into an 80-minute variety show, complete with a few words from MC Doug Campbell.

Victoria Burman, 17, winner of the prestigious Rose Bowl, will be featured as the classical voice showcase artist. The Grade 12 student has attended voice lessons through St. Albert’s Visionary Centre for the Performing Arts since she was three years old. She currently studies voice under Lilia Krieger.

“She has a very good voice for a young performer. She has a good tone quality and a good understanding of the piece she sang. She definitely has a good grasp of her instrument,” Moran said.

Another performer, Evan Yin, a 15-year-old pianist who carried off the $1,000 Lyle Moore Scholarship Award, will play Prokofiev's Sonata in B and 9837 Major, 3rd Movement.

A Grade 10 student at Old Scona Academic high school, Yin began studying piano with his mother at age four. Under the tutelage of Edmonton’s most accomplished piano instructors, such as Sarah Ho, Alexandra Munn, and David Tutt, the rising pianist has received an enviable list of accolades.

“He’s very good at the piano. He has very good technique and is quite skilled with his hands. He’s played some masterful pieces,” Moran said.

Alicia Krips, a university student who also competed for the Lyle Moore Scholarship, will deliver an expressive work on her French horn, while Colton Frank tackles the violin. Aishlinn Burndred will entertain with vocals and trumpet, even as vocalist Haley Fell takes listeners on a musical theatre journey.

“We even have ukulele. Adrianne Kok wrote her own piece. It was a soulful piece and she aired what she had to say,” Moran said.

The Rotary festival awarded $11,000 in scholarships to 70 young musicians. The awards ranged from $50 to $1,000. All recipients' names are listed on the festival website.

“We want to support kids. As a cellist growing up, one of the best ways to support young kids was with events like this," Moran said. "The support from the community brings joy, and everyone needs tons of it at this time.”

For updates on Encore, visit the 2021 St. Albert Rotary Music Festival Facebook page, or the website at www.st-albertmusicfestival.ca.