A Cinderella pantomime pops up at Fort Edmonton

Join the jokes and unpredictability at Capitol Theatre
Dec 14, 2019 10:30 AM By: Anna Borowiecki 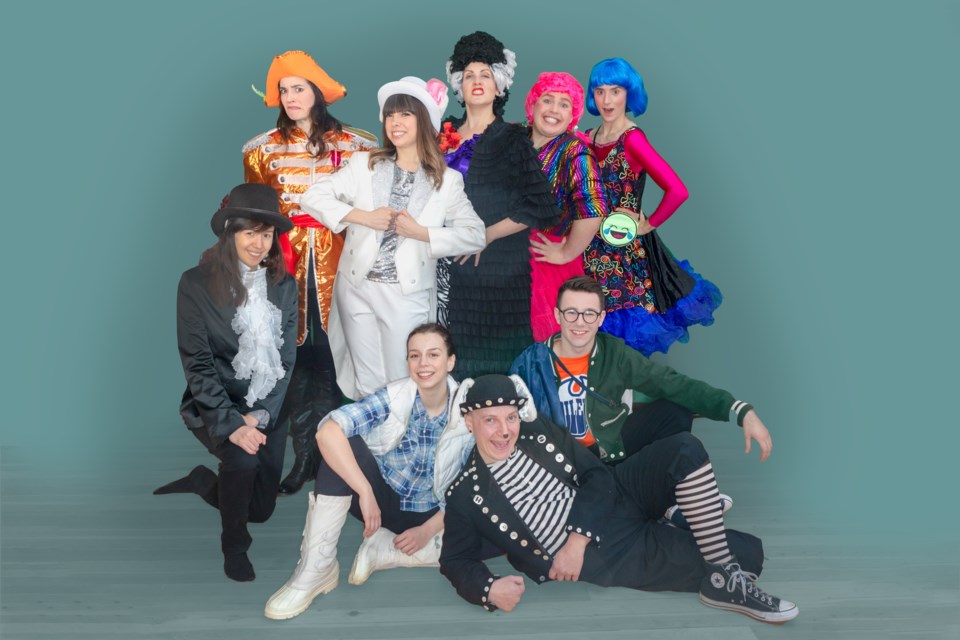 The cast of Cinderella: A Christmas Pantomime join forces for a laugh-filled adventure at Fort Edmonton's Capitol Theatre.

Once again, boisterous laughter, royal cheers and dastardly boos flew thick and fast at the preview of Cinderella: A Christmas Pantomime.

Mounted in its traditional venue at Fort Edmonton Park’s venerable Capitol Theatre, the two-act was raucous, ridiculous and just plain fun for the young and young at heart.

True to the British panto, it involves a winning heroine, a dashing if somewhat shy prince, a stuffy servant, a charming dog and a mischievous Fairy.

Oh yes, and then there’s the vain, manipulative stepmother and silly, self-centred stepsisters that everyone loves to boo loudly and often.

Taking place during the Christmas holiday season, the white bare-bones set stacked with a couple of revolving white trees and a bench reflect our regional winter landscape.

The basic set is however highlighted with a background screen where Matt Schuurman’s stunning yet whimsical video design transports the audience to various motion-capture locations.

The slapstick comedy opens with an Alberta blizzard and swiftly moves to Cinderella’s house. Unlike most heroines, this Cinderella (Bella King) is attired in a practical plaid shirt, vest, leggings and white boots, giving her a western vibe. Despite being treated as an overworked drudge, she nevertheless manages to always be cheerful.

Her stepmother, Madame De Pancake, played with malicious glee by Ahlf, wears a hairdo that evokes the Bride of Frankenstein and a stare that could shrivel a hardy dandelion.

The silly stepsisters, Nostril (Corben Kushneryk) and Poutine (Josh Travnik), waver between being featherbrained and downright boneheaded. And their clashing parade of clothes is like being hit in the face with a mangled rainbow.

Cinderella’s only friend in the house is Buttons (Jason Hardwick), a floppy-eared dog with the magical ability to sing, dance and tell jokes. The packed audience of young children just loved his goofy moves and clever observations.

Enter the prince (Cam Chapman), a guy so shy around girls he clams up. But the king is applying pressure to choose a bride and continue a royal dynasty. During a ride in the woods with his servant Selkirk (Alexandra Dawkins), he bumps into Cinderella.

Dawkins’ Selkirk, dressed in a swashbuckling Musketeer outfit, is fairly orthodox in his attire and outlook while viewing himself as a dandy among the ladies. Even if the king is not around, Selkirk dryly reminds the prince of his duties.

Both the prince and Cinderella suffer from low self-esteem. At first, he fails to recognize her as a girl, but soon they are chatting as old friends. When the prince realizes he’s spoken to a girl, he invites her to attend the upcoming ball as his date.

Madame De Pancake sabotages all of Cinderella’s efforts to attend the ball, until the Fairy Queen of Rabbit Hill steps in. Played by Rachel Bowron, this life-size rabbit queen is alternately sweet, teasing and impish.

The show is peppered with a gush of comedic moments, esppecially during gender switches and Buttons' remarks. Some of the jokes are hilarious. Others are groaners. But it is definitely a confection for children while sneaking in some edge for adults – a delight for all ages.