A farm-style dinner and show 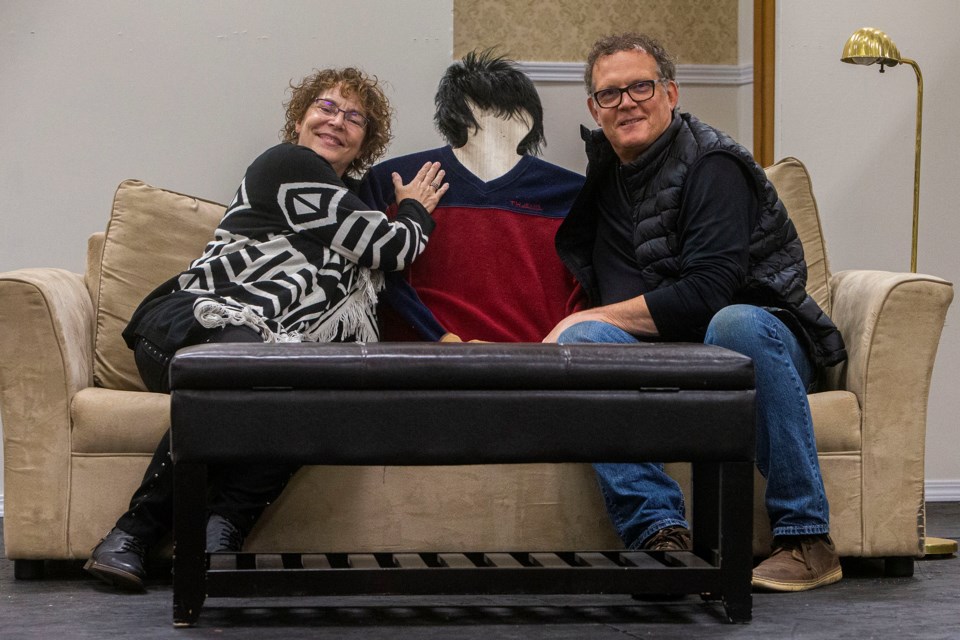 St. Albert Dinner Theatreâs co-directors Cory Christensen and Carolyn Zahovskis are ready to showcase âHomecomingâ which is a comedy about a farmer passing on the plow to the next generation. The production opens Thursday, Nov. 7 at the Kinsmen Banquet Hall. CHRIS COLBOURNE/St. Albert Gazette

For its season opener, St. Albert Dinner Theatre takes a light-hearted, comedic look at retirement through the eyes of Saskatchewan playwright Leeann Minogue.

Retirement is something every lifelong farmer across the prairies deals with. In Homecoming, Jerry (Rob Beeston) is pushed on the shelf before his past due date. He broke his leg on a skiing accident and is on crutches. His son, Greg (Rohit Kataria), and daughter-in-law have come to the rescue running the family farm.

Greg is an agrologist who has used his knowledge of technology to consult with farmers and introduce them to the latest innovations. Jerry, on the other hand is old school, and friction between the two quickly develops.

Unfortunately, Jerry harasses his son so much, Greg leaves town. Not wanting to admit he drove his son away, Jerry keeps the truth from everyone and starts to hobble around doing the chores himself.

“People realize he’s lying and let him get caught up in his lying. You watch this man come undone. Every single lie gets bigger and bigger and therein lies the humour,” said Cory Christensen, who is co-directing with Carolyn Zahovskis.

While the surface message could be interpreted as “be truthful,” Christensen notes Homecoming also explores the importance of family.

“It lets us know where we came from. As we’ve become urbanized, we forget this lifestyle. But to someone like Jerry, it can mean so much you can’t give it up. It’s also a story of succession and passing things on to the younger generation.”

Although Jerry is burying himself in lies, Christensen points out the character’s likeability. Here is a man who for 35 years has gotten up at sunrise to put bread on the table and now he’s forced to move into a duplex.

“To someone like Jerry, the amount of money we have in the bank doesn’t assign our net worth. It’s what we do, and for him it’s a tough transition.”

For Christensen and Zahovskis, one of the big challenges was relaying a heart-warming family story while creating nuggets of humour throughout.

“There are some heavy moments and it was important to develop the light moments. We’re very lucky that Rob is a physical actor and that helped in developing the role.”

In fact, Christensen, a formidable actor himself, lauds his cast for not only digging deep into their character roles, but also creating relationships with each other.

“By creating relationships, the play will turn out more vibrant and different than what you as a director thought. Actors bring their own personality to the character and it’s always interesting to see how it develops.”

Christensen not only encourages people to support this community dinner theatre comedy.

“But if you live in downtown St. Albert, drive five minutes in any direction and you find yourself in a farmer’s field. This kind of culture affects everyone’s lives.”