A historical look at the Women of Folkways 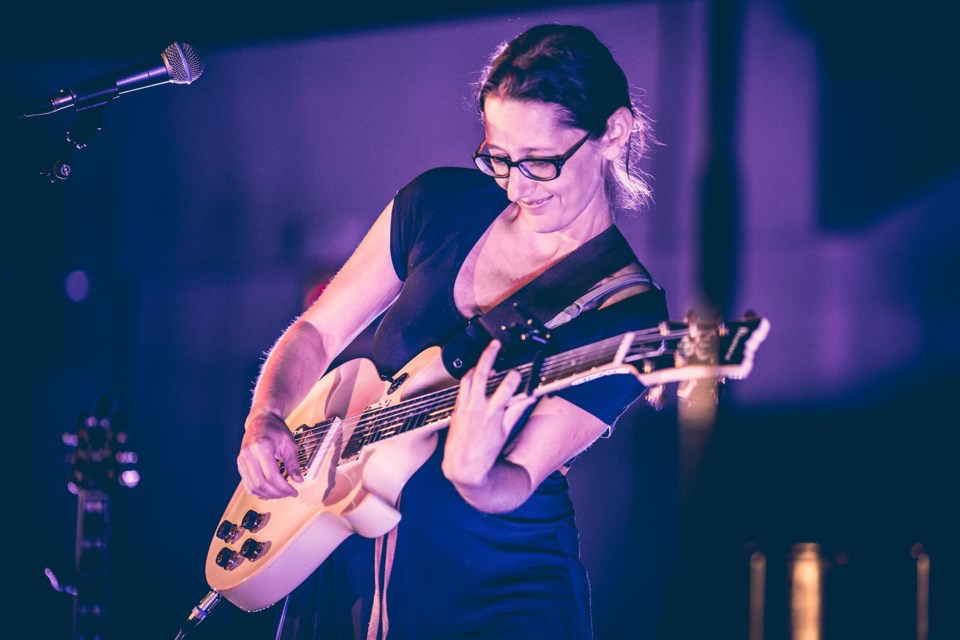 Roots singer-songwriter Dana Wylie is one of the guest panelists at Women of Folkways Winter Roots concert on Wednesday, Feb. 24.

For the past 12 years, the University of Alberta’s Sound Studies Institute has hosted the annual Women of Folkways Winter Roots concert. In addition to exploring a huge collection of music, artists have also compiled an assortment of riveting stories.

In celebration of those dozen years, Sound Studies and the Northern Lights Folk Club present a free, online panel discussion on Wednesday, Feb. 24. It focuses on the history of its many participating musicians, individuals who contributed to the Women of Folkways from the origins to its current incarnation.

Heading the panel is former CKUA Radio music director Peter North, one of the founding producers for the first Women of Folkways concerts. Joining him is Canadian treasure and recording artist Maria Dunn as well as eclectic musician Dana Wylie, a long-time performer and concert organizer.

For the past 40 years North was a primary driver developing Canada’s folk-roots hotbed of talent. As a journalist in print, radio and television as well as live music promoter on numerous fronts, he co-produced the Winter Roots Festival.

And his work did not go unrecognized. He was named Journalist of the Year in 1996 at the Canadian Music Industry Awards. In addition, the Western Canadian Music Association honoured him as Media Person of the Year six years in a row.

Dunn, on the other hand, is well on her way to developing a legacy as a true preserver of the spirt of folk music. Nominated twice for a Juno Award, she is often compared to Woody Guthrie for her keen social awareness and unvarnished melodic songs about ordinary people.

As the third guest panelist, Wylie is a musician and theatre artist whose original songs create a rootsy, thought-provoking joy. Her fifth and latest album, The Earth That You’re Made Of, picked up a Canadian Folk Music Award nomination for Contemporary Singer of the Year. As a theatre artist, she has earned four Sterling Award nominations.

The panel discussion runs from 7 p.m. to 8 p.m. Live stream on the Sound Studies website at soundstudies.ualberta.ca/livestream/ or join Zoom at https://ualberta-ca.zoom.us/j/93760006642?pwd=ZGphTDRDRkgwWVZycDVtU1dRM05Rdz09.