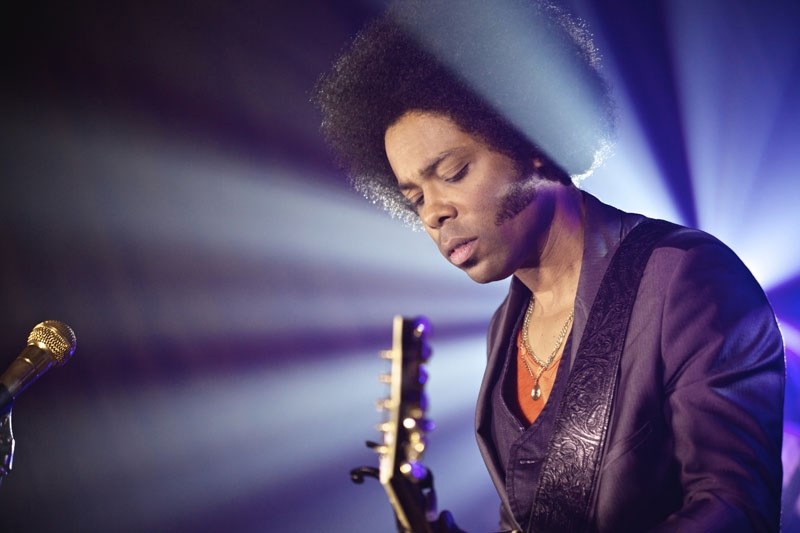 The great news for the 2017-2018 Arden Theatre professional series themed “Yours to Discover” is it’s packed with a mosaic of new faces.

The not so great news is that it’s a more compact season with 27 shows compared to last year’s 34.

“We are doing a few less shows. In terms of growth, you do see some steady years. This year we decided to do a few less and reinvest in quality performers,” said professional programming presenter Neil LeGrandeur.

He acknowledged that ticket sales were down a little bit this past season, a similar situation facing all theatres across the capital region.

“We had a slower start out of the gate from the summer, but as the season progressed we picked up. It may have had something to do with the economy.”

LeGrandeur and his team refocused their efforts on building a leaner, more resilient season bundled with musical concerts, a theatrical production, cinematic experiences and a speaker series.

For patrons unable to attend evening shows, a three-part matinee series at St. Albert Community Hall is also part of the package.

Hot Club Edmonton launches the season on Tuesday, Sept. 26 with a matinee performance billed as “gypsy-jazz with prairie pizzazz”, a blend of sweet rhythms and sultry vocals.

The sixth presentation of the Banff Mountain Film Festival’s Radical Reels is screened Thursday, Sept. 28. This collection of thrill-seeking sports action films is famous for adrenalin pumping, death-defying stunts executed in some of the world’s most beautiful cinematic backgrounds.

The Zmed Brothers recreate The Everly Brothers Experience on Friday, Sept. 29. More than a tribute show, the Zmed Brothers set out to honour the enduring legacy of the Everlys’ signature two-part harmonies.

Grammy Award winners The Steeldrivers return to Arden after a four-year absence. They’ll be plying their latest album The Muscle Shoals Recording, recipient of the 2016 Grammy Award for Best Bluegrass Album and a No. 1 hit on the Billboard Bluegrass charts.

“They’re swinging through on a tour and based on past experience we’ll have a full house,” LeGrandeur noted.

As last season’s opening act for Rose Cousins, Port Cities made quite an impression with their mesh of jazz, folk, soul and rock-pop. They return as a feature act on Wednesday, Oct. 18.

“Their ability to connect with the audience made such a strong impression. Their set was about five or six songs. Their final song was unplugged. They moved to the front of the stage on the apron and sang a song a cappella. It was so moving.”

Edmonton based Samantha Martin & Delta Sugar sings a mix of gospel and blues that sounds straight out of the Mississippi Delta. They appear on Friday, Oct. 20.

“Samantha has a great, raspy blues voice and the call and response of her backup singers is amazing.”

I Got Rhythm: The Science of Song explores the harmony between mind and music. Director-producer Connie Edwards filmed this Edmonton-made documentary. There will be a question-and-answer session after the screening on Sunday, Oct. 22.

In a double bill, folk music collaborators The Small Glories return to sing on Friday, Oct. 27 with opening act AHI.

Edmonton Fringe Festival favourite Chase Padgett is back on Thursday, Nov. 2 as Nashville Hurricane, displaying an unparalleled talent as a storyteller and guitar-wielding master.

Debuting their music in St. Albert on Friday, Nov. 3, Birds of Chicago is a secular gospel band anchored by married duo JT Nero and Allison Russell.

“Raw and soul rich, they demand to be experienced.”

“He’s had so much success in terms of world music. He’s one of the best, if not the best, that reside in Western Canada.”

Singer-songwriters Jadea Kelly and Sweet Alibi are touring together on a double bill that is sure to wow audiences with their folk arrangements and soulful harmonies Friday, Nov. 10.

“He’s got this incredible voice. It’s so deep and baritone and reminiscent of Leonard Cohen and Johnny Cash. I’ve seen him a few times and he has such a presence and style. That deep voice just draws you in.”

It’s been more than a decade since The Ennis Sisters performed at the Arden, but in a splendid reunion they will appear on Friday, Dec. 8 for a series of holiday classics.

Canadian fiddle champion Calvin Vollrath kicks off the 2018 segment with a matinee performance on Thursday, Jan. 11.

Trailblazing singer-songwriter Lisa Loeb makes her Arden dÄ‚Â©but on Friday, Jan. 12. Loeb made a name for herself in the ’90s with I Missed You, an inspired hit that went platinum. Audiences continue to enjoy her catchy rock-folk-pop songs.

Master storyteller-musician Josh Ritter, the only performer to land a two-night booking, drops by on Feb. 23 and 24 to spin a few tall tales.

“The thing that stands out is his lyrics, his writing. His lyrics are so deep and ingenious in metaphor. This guy can really write a song.”

The East Pointers, winners of the 2017 Juno Award for Traditional Album, bring a distinctly Maritime foot-stomping vibe to their upcoming performance Saturday, March 3.

“I’m very excited about these guys. A lot of their music has a driving backbeat. It’s rooted in the Celtic form, but there’s a bit of new-age stuff. All three are incredible musicians and when they sing, they rock the house.”

“She has a seductive, soulful voice that draws you in and pays homage to the past.”

Kobo Town instead takes its audience on a calypso ride with their 2017 album release Where The Galleon Sank.

“I wanted to bring in world music and they are so popular on CKUA. They have a great following in the region.”

Folk-pop duo The Fortunate Ones from Newfoundland performs a repeat with an encore of their sweet accordion and piano-laced songs Friday, April 13.

“Their show last year was the one responsible for the largest amount of comments. The audience loved the connection, their stage presence, their style.”

Beth Portman and The Good Find complete the circle on Tuesday, April 24 with a matinee performance of nostalgic, vintage-based songs.

Le Grandeur’s parting words were, “I hope people will come out and support the arts and the Arden Theatre. It’s a very special place in my opinion.”