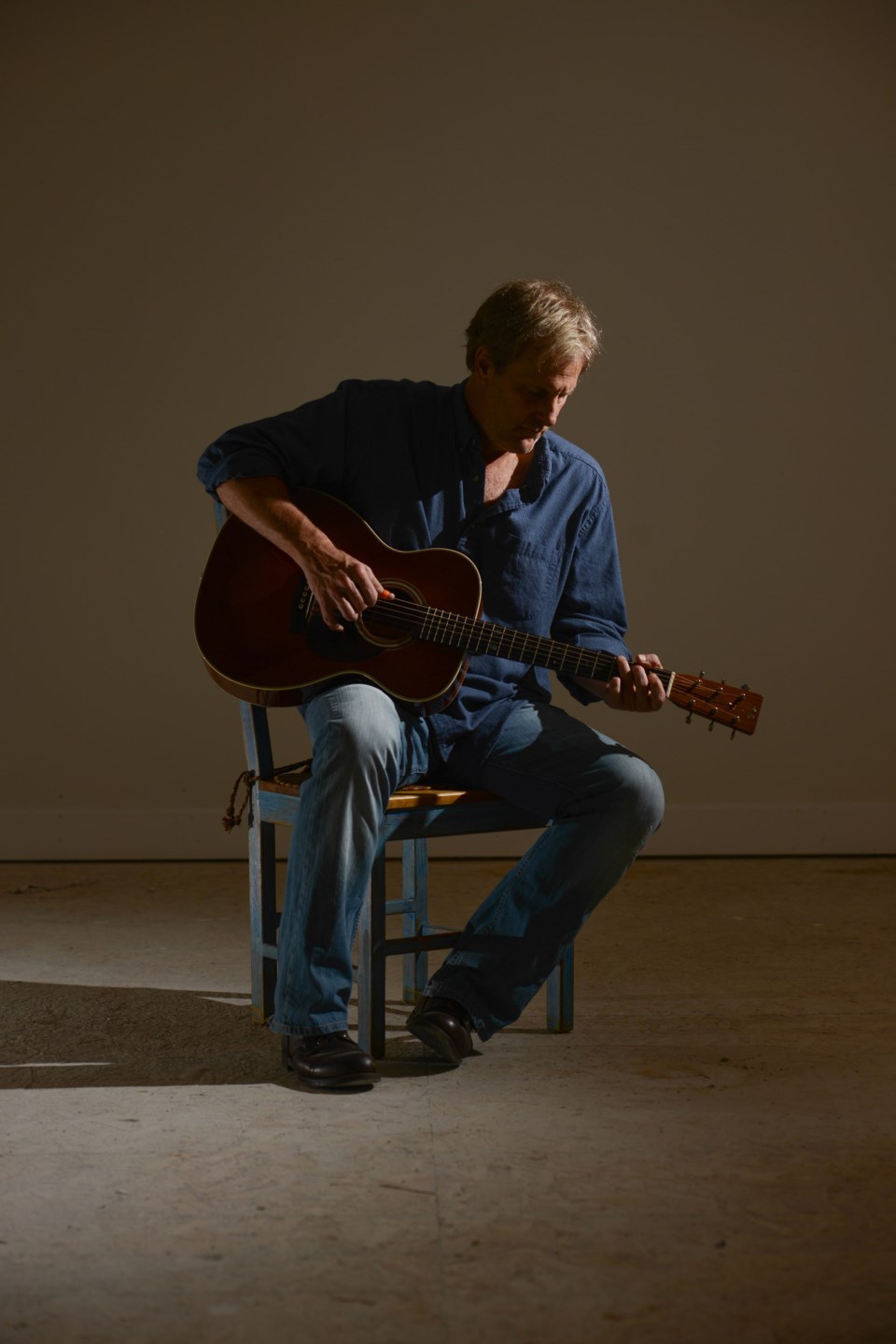 Actor-writer-director Jeff Daniels makes a living on film and onstage and occasionally strumming his guitar. Daniels is the Arden Theatre's special guest in live streamed concert on Sept. 19. LUKE PLINE/Photo

Live music is slowly returning to St. Albert’s Arden Theatre, but in a slightly different format. The stage will be dark and the seats still empty.

But through the magic of technology, singer-songwriter Jeff Daniels will perform a live concert streamed to ticket holders sitting in their own home on Saturday, Sept. 19. Daniels will even follow up the one-hour concert with a 15-minute Q & A session.

And yes, this is the same actor-writer-director Jeff Daniels who starred in diverse cinematic roles including Gettysburg, Dumb and Dumber, Arachnophobia and Looper to name a few.

“He’s definitely a storyteller. He reminded me of Loudon Wainwright III. Lots of his songs are based on experience, but they’re tongue-in-cheek. He’s a troubadour, very stripped down, but lots of fun,” said Caitlin North, professional programming presenter.

North, who had originally been unaware of Daniels' second career in music, first heard of it while scouring the internet searching for live-streamed concerts that were suitable as Arden Theatre events.

“A colleague shared Jeff’s live stream from the Winnipeg Festival. It was a bit of a surprise. I didn’t know he was a songwriter. I knew he had a successful screen and stage career. So this was a pleasant surprise.”

One of the issues North has faced in booking online concerts has been their lack of intimacy when compared to live performances.

“But he (Daniels) was really engaging in a way that spoke to audiences. As you know, he’s had a very long and accomplished career and there are lots of stories to tell. But he’s also very relatable, like when he talks about being a grandfather.”

In live performances prior to COVID-19, he’s sung songs such as Grandfather’s Hat and Road Rage. In the latter song, a jerk from Toronto walked in front of his car as it was going through a green light and gave him the finger.

He’s even written a nod to Clint Eastwood, his costar who beat him to a pulp in Bloody Mary. The song is called Dirty Harry Blues. Whether these songs are on his Arden set list is anybody’s guess.

During COVID, many music fans have tapped into streaming concerts with poor production quality.

“To me, that’s a deal-breaker,” said North. “What really struck me about Jeff’s concert is the high quality. There were three cameras during the shoot and it had a director switching angles. The light was also very good, and I was immediately sold on it.”

The concert, a joint project between the Arden Theatre and Friends of The Arden Theatre Society, starts on Saturday, Sept. 19, at 7:30 p.m. Tickets for the streamed performance are $20 and are available at www.crowdcast.io/e/jeffdanielsardensept19/register.