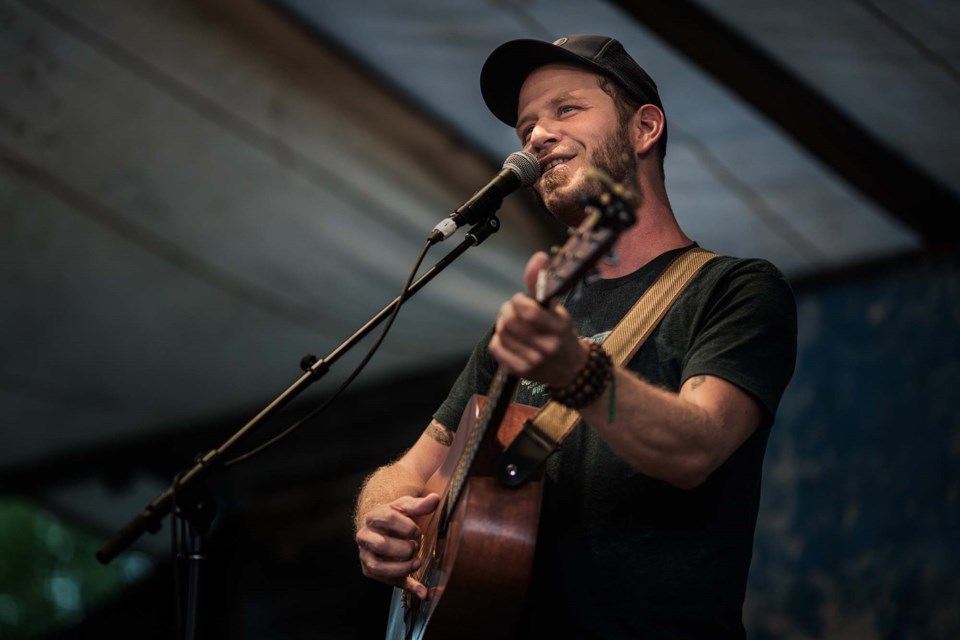 Folk-roots balladeer Scott Cooke will be featured at the Arden Theatre's outdoor Plaza Series on Aug. 12, 2021. Tickets for the series go on sale Thursday, July 22 at 10 a.m. SUPPLIED/Photo

The word is barely out, but already there is a buzz surrounding the Arden Theatre’s Plaza Series, which is set to debut throughout August and September.

Held every Thursday from Aug. 5 to Sept. 30 at St. Albert Place Plaza, the outdoor series pulls together a versatile lineup of voices, from classical, folk, and Persian, to country, pop, and sketch comedy.

“It’s been on my wish list for nine years. I think one of the silver linings about COVID is that it gave us time to think about other things we could do. As we approached reopening, we reorganized and thought about what good outdoor performances might look like,” said Caitlin North, the Arden Theatre’s professional programming presenter.

North's passion for music brims with enthusiasm in bringing together performing artists and fans.

“For me it’s really important to have a gathering space for neighbours and friends to come out, watch a show, and be relaxed. It’s about a nice way to welcome back our patrons,” North said.

The nine-concert series format features both a regional headliner and an emerging artist.

A modified Edmonton Symphony Orchestra opens the series on Aug. 5 performing Vivaldi’s The Four Seasons, one of the most popular pieces in the classical repertoire.

Folk singer-songwriter Scott Cook and The Indoorables come next on Aug. 12.

“He is from the Woody Guthrie, Bob Dylan school of troubadours. He’s one of the best songwriters in Edmonton. He has a gift with melody. He’s also a super performer on stage and makes an instant connection with fans,” North said.

Foreshadowing him is St. Albert's Amanda Penner, a young folk singer-songwriter who developed her initial musical legs through Amplify Festival.

“She has a modern approach to folk music. She’s definitely more introspective.”

“He has a bit of something for everyone. He can really charm an audience and connect with them. He’s genuinely authentic.”

Another St. Albert singer-songwriter, Kaylin Kowalyshyn, will warm up the crowd.

“Kaylin is another Amplify artist – a great young performer. She leans toward folk-pop-world. She’s influenced by the Brandi Carlile, Patty Griffin style of music. She has a sense of what makes a great song and how to interpret it, and she has a beautiful voice.”

“Farhad won the Edmonton Music Prize in 2020, and Daniel is an amazing percussionist. He can accompany any style of music. Some people might be intimidated by the way they perform, but the compositions are beautiful and completely accessible.”

Launching into Sept. 2, Samantha King comes back after a period of living away from Edmonton.

“She used to be country, but she’s transitioned to more blues and jazz. She’s a powerhouse vocalist. She owns the stage, and she’s a great interpreter of blues and jazz.”

In a pivot from strictly music, the Sept. 9 showcase features the sketch comedy of Girl Brains, aka Ellie Heath, Kaley Suliak, and Alyson Dicey.

“They’re a really exciting face on the comedy scene, and I’m excited to see three women comedians doing so well and holding their own. Their style of comedy is very contemporary and relatable.”

Girl Brains's support act is Lyndsay Walker, a Winnipeg transplant who sings as well as dishes out the light-hearted jokes.

Karac Hendriks teams up with Garrett Gregory on Sept. 21 for a night of contemporary country.

“We don’t present country as often as we should, and this is something I’d like to do more of. Garrett is making a name for himself and Karac is an amazing guitar slinger like Keith Urban and Vince Gill.”

Paving the way for the duo’s performance is St. Albert vocalist Hailey Benedict.

“We had to have Hailey Benedict. She’s such a proud St. Albertan and is about to take off in her own career.”

More artists will be announced at later dates.