The black settler experience on film

DETAILS We Are The Roots: Black settlers and their experiences of discrimination on the Canadian prairies Meet the interviewees, advisory committee and project members including Dr. Jenna Bailey and Dr. David Este. Event takes place tonight: Sat.
0
Feb 24, 2018 12:00 AM By: Scott Hayes 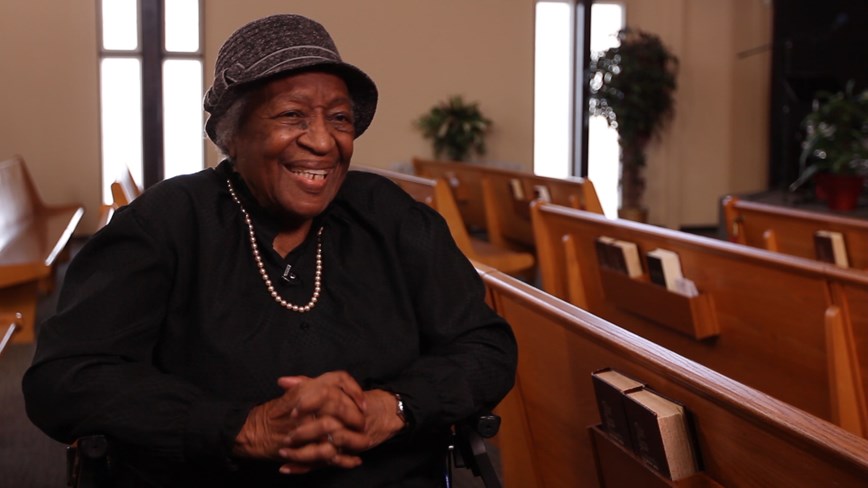 Agnus Murphy, now 99, being interviewed for the We Are The Roots project last year.

We Are The Roots: Black settlers and their experiences of discrimination on the Canadian prairies

Film will be screened at 7 p.m.

The event is free to attend but people are encouraged to RSVP beforehand via email to [email protected].

The Shiloh Centre For Multicultural Roots is run out of the church located at 10727 114 St. in Edmonton.

Black History Month is being capped off with the world premiere presentation of a documentary on black roots tonight.

The Shiloh Centre For Multicultural Roots is hosting the screening of We Are The Roots, a film by historian Dr. Jenna Bailey in collaboration with social worker Dr. David Este. It details the experiences of black citizens who settled as free people on the Canadian prairies and how they dealt with the discrimination they faced.

“The pioneers that came up in the early 1900s from the United States … we helped build Canada. We really think we’re kind of invisible,” said Deborah Dobbins is the founding director and president of the centre.

“We’re trying to be more visible and acknowledged. We want to honour our past, educate our people plus the community at large, and celebrate what we have accomplished here in Alberta and Canada, and also let the community, the government and everyone know that we are in existence over a hundred years ago. We’re still strong and mighty.”

The centre is a non-profit organization that celebrates the Shiloh Baptist Church, the oldest black church in Western Canada. It was established nearly 110 years ago.

Bailey’s documentary is the culmination of an 18-month project that interviewed first, second and third generation African-American Canadians who went north with their families from the United States in the early 1900s. Some of the subjects were born in Canada.

"The story of the black settlers who moved to Alberta and Saskatchewan is an important part of Canadian history that remains relatively unknown. Through the film and the interviews collected as a part of this project, the 19 children and grandchildren of the original settlers help shed light on this rich history and also provide an insight into the range of discriminatory experiences these individuals encountered while growing up in the Prairies. Their stories make a much needed contribution to black history in Canada," Bailey said.
They talked about their experiences of discrimination, marginalization, and prejudice in schools, on the job, and in the communities. For this reason, the project was supported by the Human Rights Commission of Alberta.

“They took a chance on us. They saw what we were trying to do and they supported us,” Dobbins said, adding that she hopes that this is just the first phase of a much larger project.

“We have to have another round going to the fourth through sixth generations. The younger people … have so many more experiences. Racism in Canada and the United States … it’s just raising its head again. We want to get their perspective. It’s not just that terrible things happen but how can we make it better for our future?”

She noted the “wonderful words of wisdom” spoken by some of the subjects in the documentary including her own aunt who was 101 at the time.

Dobbins has some words of her own to add.

“We’re a positive people. We’re not a confrontational people. If people are mean to us, we try to find a polite way to make it better. You’ll see that in the documentary. It’s a positive thing we’re hoping to instill in the new migrants that are coming. They shouldn’t militant. They should try to get along to make things better. We hope that it will help the world start a conversation and let us move forward to make things better.”