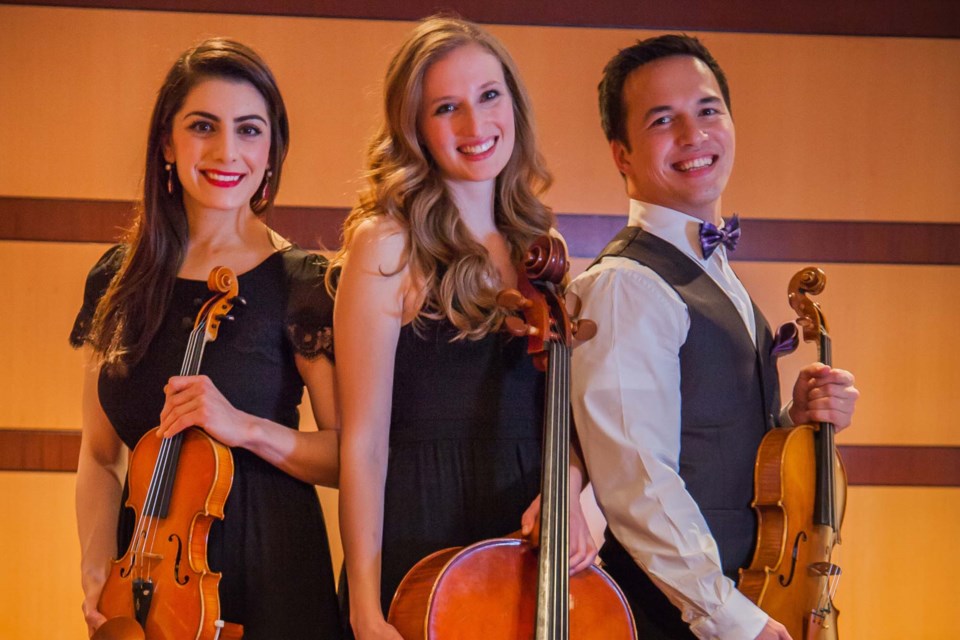 If your datebook for Sunday is blank, grab your coat and join Trio de Moda at Saint John Lutheran Church of Golden Spike.

The Edmonton-based chamber string trio takes music to the people, and some of their most beloved performances have taken place within the walls of acoustically perfect churches.

Not only are they creative interpreters of the old masters, but the three musicians also push boundaries with more modern scores.

“Dohnányi’s string trio is a popular work. One reason we’re playing it is because Beethoven influenced Dohnányi in his writing. It would be nice for the audience to listen and draw parallels from the two composers,” said Yamach.

They also play two movements from Bachmann’s as of yet untitled new work. However, one movement is titled Wood Poppy and the other is Wild Iris. Both are inspired by nature.

“Arthur’s composition is melodic and almost sounds like film music. There are a lot of fluctuations and unexpected turns within each movement. Even with the fluctuations and turns, you can hear they all are related to each other.”

On a side note, the trio is also performing Jacques Ibert’s Five Pieces for String Trio, originally written for bassoon, oboe and flute, as well as Johan Halvorsen’s Passacaglia for Violin and Viola.

“We hope to introduce audiences to music and compositions not often heard and to draw attention to local composers like Bachmann. And even Dohnányi. I don’t know how well people know him outside musical circles.”