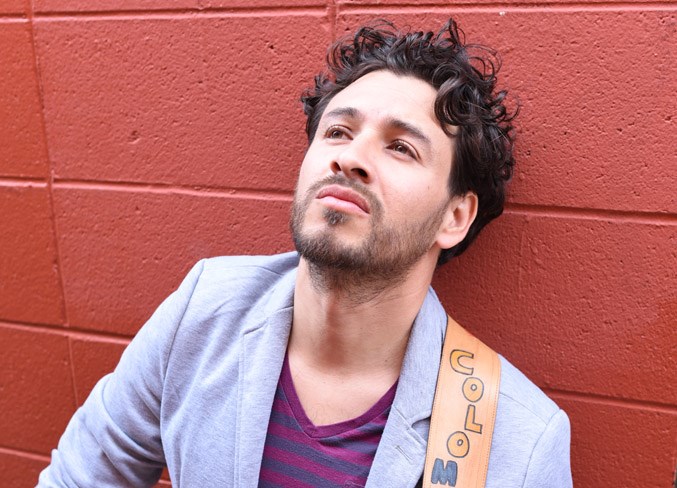 “No matter what our backgrounds, we are human beings that need to be accepted and loved,” said de la Luna whose birth surname is Murillo.

The Latin singer-songwriter is set to release Sabes (Do You Know), his second recording project on Friday, Oct. 26, at 7 p.m. in La Cité Francophone.

“The 11 tracks are a trip to the south. Musically we explore sounds between Caribbean rhythms and funk and pop. The theme is universality, love and hope. It’s about inviting you to dance. It’s inviting you to one-up on life,” he said.

His guiding principle comes after de la Luna’s father was arrested in 1989 in the assassination of Colombia’s leading presidential candidate, Luis Carlos Galan.

At the time, Pablo Escobar, the leader of the Medellin drug cartel, had a stranglehold on the drug trade Galan tried to eradicate. Galan, a powerful political threat, needed to be silenced.

Norberto Murillo, a journalist working at a small-town newspaper, was arrested with four others on trumped-up charges. Escobar was eventually found guilty of ordering the assassination, but not before Murillo spent three-and-one-half years in prison for a crime he did not commit.

“There were too many government officials involved with the cartel and they needed someone as a distraction,” de la Luna explained.

At the time of the arrest, de la luna was 10 years old. During Murillo’s stay in prison his wife and children lived on the streets, moving from place to place living constantly in fear.

Eventually, credible evidence of Murillo’s guilt could not be produced and he was released. But many Colombians still distrusted the journalist, and an ongoing threat hung over the family.

The Murillos applied for asylum and the first country to respond was Canada. In November 1999, the Murillo family landed in Montreal, a city that promised safety, stability and the chance for a better life. At the time, de la Luna was just 17.

Despite the cold and snow, the Murillo family was ecstatic.

“People were so warm and friendly. I was accepted so quickly because I could speak Spanish.”

He brushed up on French and starting working as a translator for the Department of Immigration. When the contract ended, de la Luna moved out west.

Songwriting, a large part of musical exploration, didn’t start until he touched down on Canadian soil.

“It was a way to remember the nostalgic moments and to describe the excitement of discovering new things and experiences."

Sabes’ tunes range from the politically charged Marchons Ensemble, a plea for people suffering throughout the world, to El Camino, a cool and steamy dance piece packed with energy.

Door open at 7 p.m. Tickets free at the door.