Sample an array of international tracks on The Global Groove on Edmonton's newest station: Big E Radio.
May 16, 2021 2:00 PM By: Anna Borowiecki 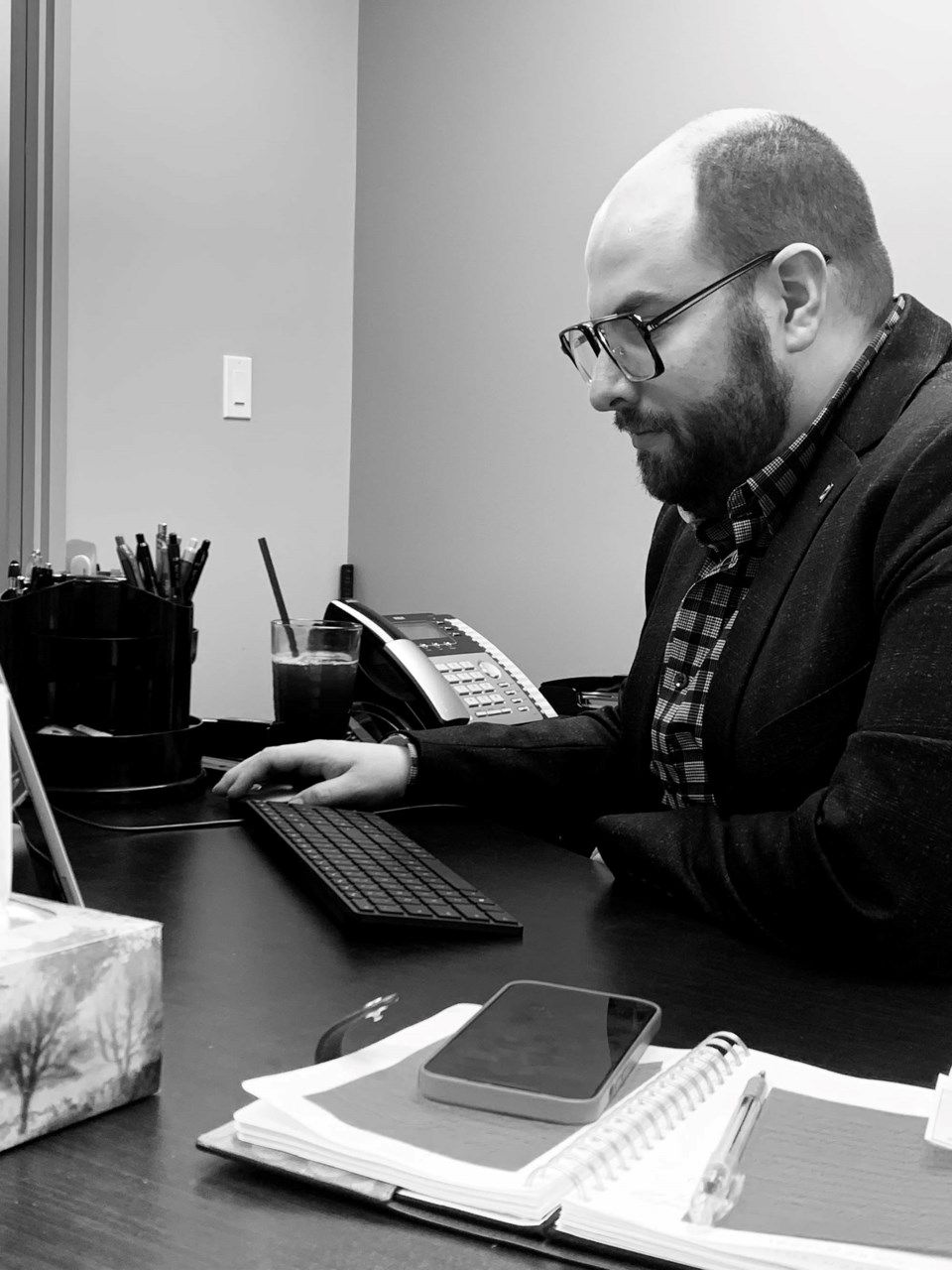 Daniel F, host of the Global Groove on Big E Radio every Monday night, keeps his collection of hard-copy albums safely tucked away after loading them on computer. SUPPLIED

Throughout COVID-19’s year-long isolation, we’ve all wanted to pause, reset and escape to sunny places. Sometimes our only escape was picking up brochures and dreaming about exotic destinations.

Although pandemic guidelines have restricted our movements, we can temporarily take flight from boring daily routines to alluring places by traveling country-to-country enjoying hidden musical gems. No passport needed.

On-air personality Daniel F has just the antidote for the pandemic blues. His gig is The Global Groove, a 90-minute radio spin showcasing songs and stories from the world’s top artists and megastars. Although many have sold millions of copies worldwide, they remain relatively unknown to most Canadians.

“All my life I was interested in international pop culture, and I’ve always wanted to do something like this. The world is a huge place and I like to give international artists a platform. We’re mining some really good talent because the world is so big,” said Daniel F.

Known to family and friends as Daniel Schieman, by day he is a strategic events consultant who owns DASCH Production, a corporate and large-events planner. As son of Paul Schieman, founder and artistic director of Alberta Baroque Ensemble, the younger Schieman was immersed in music since birth.

The Global Groove gives Daniel F an unheralded opportunity to play music from a 400-plus international album collection he privately acquired starting as a teenager. He has a special interest in Asian music.

“Since I was a child, I liked to be different. I hated normal things in the world. There are so many wonderful things out there. Why don’t we embrace them? The music we have here is fun, but the music out there is empowering.”

Daniel F’s program runs every Monday night at 7:30 p.m. To date he has hosted two shows introducing epic talent from France, Lebanon, Taiwan, Seoul, Russia, and Switzerland. One of his favourites is Japanese pop star Ayumi Hamasaki, a 20-year professional who has lived a rags-to-riches life.

“She was raised by a single mom. She went to a karaoke bar one night and someone from one of Japan’s biggest recording labels was there. He signed her immediately and her career blew up,” Daniel F said, adding she sold more than 60 million albums.

“She doesn’t really need my help, but I like to play her music tracks. They are powerful. They are epic. She writes her own music. She produces her shows. She’s a powerhouse.”

British folk singer Jake Bugg is also on his playlist.

“He has a solid background and a haunting voice. It hits you differently. His voice is poetic. It has a twang, but it has a haunting back to it.”

And then there’s Texas, a Scottish pop-rock outfit from Glasgow founded by Johnny McElhone with Sharleen Spiteri on lead vocals. She is described as “a one-woman charisma zone.”

“Her voice is smoky. It almost borderlines a whisper.”

At a time when the pandemic kicked the legs from out of the entertainment industry, Big E Radio was developed as a response to assist musicians who needed to practice their craft.

The streaming radio format was the brainchild of Todd Crawshaw, executive director of Rock and Roll Society. He was in charge of planning the annual Rockfest at Hawrelak Park. Once COVID-19 hit and Rockfest was cancelled, the busy curator was out of job, as were so many others. Looking around, he noticed the region was filled with a deep well of musical talent languishing about.

“People had their careers derailed and were going through the doldrums. They needed something to occupy their talents. This was the first time I thought about curating a radio show. I needed to flex my creative muscles and keep my brain from atrophying,” Crawshaw said, tongue in cheek.

Unable to cover all the bases, Crawshaw brought in Mike Braniff, a staple of bar bands for 40 years. Braniff not only handles the radio’s technical aspects, he also hosts The Official Party Hog Radio Show on Thursday night, a look back at rock’s wilder days.

In January, Crawshaw kickstarted his plans. As he likes to joke, he discovered an abundance of people, “waiting to inflict their musical tastes on the masses. Once the floodgates opened up, a single snowflake became a blizzard.”

Less than a month into its broadcast phase, Big E Radio is still developing its mojo and its voice. However, Crawshaw hopes the programs will help raise the profile of Alberta musicians.

“These folks are ignored by terrestrial (commercial) radio and it is an absolute crime. We want to give voices to people that haven’t been given a platform before.”

Daniel F added a few uplifting words: “I know I’m not everyone’s cup of tea, but I’m happy to tell stories, play music and have fun.”