Catching up after a 10-year hiatus 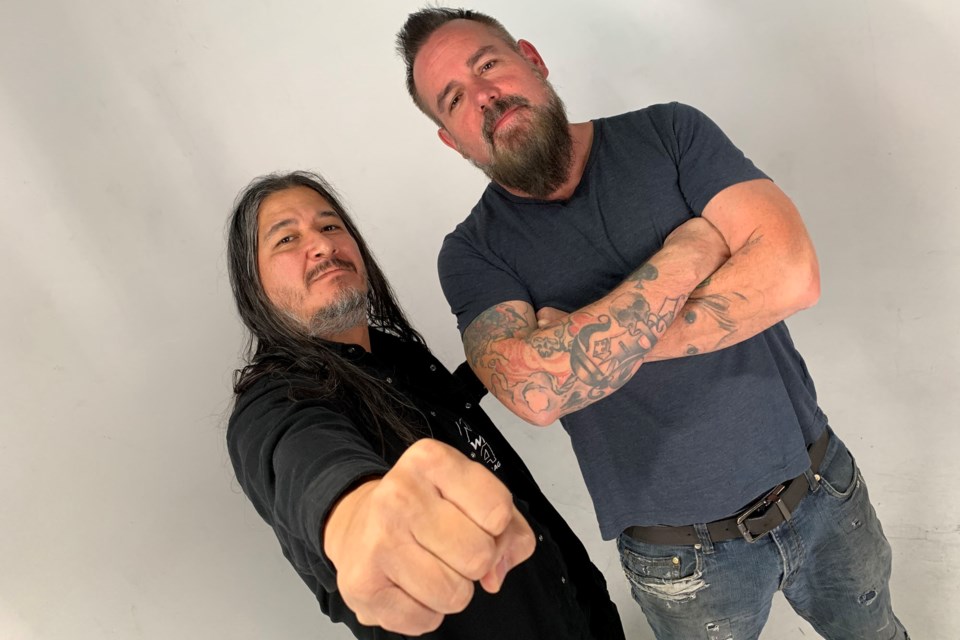 Sho Murray and Cory White of Showcore, a rock band with punk influences, is releasing their new album, The Aging Youth, at St. Albert's Bourbon Room on Nov. 29 and 30. PERRY BATTISTA/Photo

Cover: Advance tickets $35 and $45 at door. Tickets available at Bourbon Room or eventbrite.ca

It’s been close to two decades since Shocore enjoyed a bona fide hit. In fact, their last big single was probably Bonecracker, a popular hard rock song that received extensive airplay on Canadian radio in 2001.

However, since 2009, band members were on hiatus working various projects in both music and television.

A chance reunion with Headstones, a Juno nominated, punk-influenced band they’d briefly toured with, became the inspiration for The Aging Youth, a new 10-track.

“We hadn’t written together in a while and we missed it. So we said, ‘Let’s try it and go in the studio. If it’s magic it’s magic. If it’s not, it’s not. No harm, no foul.’ And we think it’s magic,” said vocalist Cory White.

Even though Shocore’s base is Vancouver, their long-time business connections with Paul Ballach were instrumental in releasing a first run, limited edition album at St. Albert’s The Bourbon Room on Nov. 29 and 30.

Both White and Murray share writing credits on the album’s first single, Hey, Hey, Rock’n Roll. It was released a few weeks ago and the fist-thumping crowd-pleaser is picking up momentum.

White developed Lost in Austin Texas, a story-song that grew out of a nightmare.

“I woke up in the middle of the night dreaming I was battling evil. I kept some paper by my bed and I jotted down the lyrics.”

At the opposite end of the spectrum is Shockers, a song White calls “race car rock. It has a fast guitar and you can’t help but drive fast.”

Shocore has also included one cover – Devil Went Down to Georgia, a song originally written and performed by the Charlie Daniels Band.

“We did it in the past as an encore song. It makes a nice bridge between Lost in Austin Texas and Shocker.”

White believes the experiences the band received during its hiatus has matured their songwriting and polished their sound.

“It’s been a journey. It feels like a brand new experience. We’ve grown as people and we’re excited to share it. Our live shows will be high-energy and fun. It’s gonna be a party.”

The opener for Saturday, Nov. 30, is Revolution Engine, a NuMetal band that draws influences from Rage Against the Machine and Audioslave.