Celebrating a Family Day concert at the St. Albert library 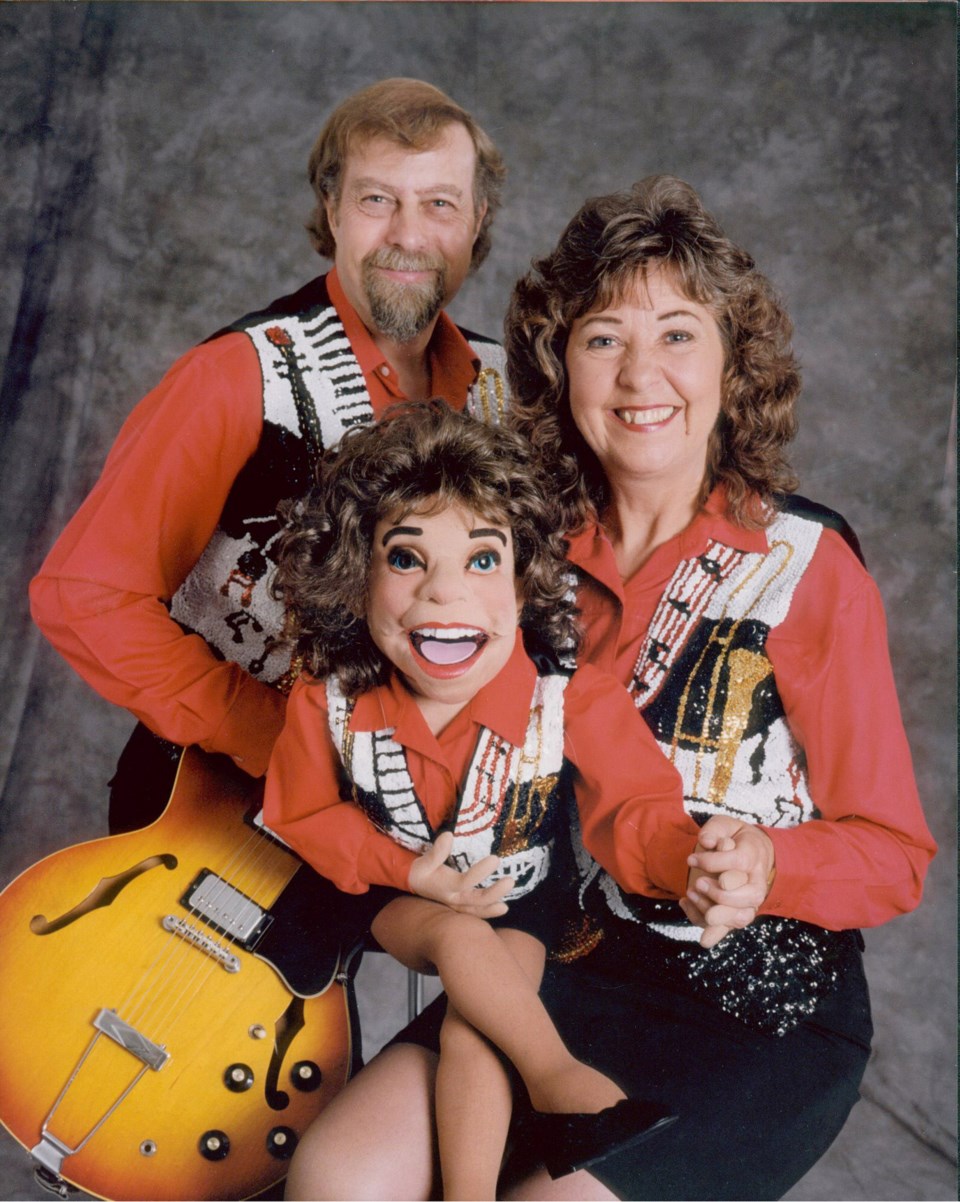 Peter, Mary and Mrs. McHaggis make an appearance at St. Albert's Downtown Library for a round of music, magic and puppetry on Monday, Feb. 17.

It’s the 30th anniversary of Family Day and the St. Albert Public Library's downtown location has booked a free concert with two of the city’s hardest-working ambassadors of children’s entertainment.

The Peter and Mary Show returns to Forsythe Hall for an hour of music, magic and ventriloquism on Monday, Feb. 17, starting at 1:30 p.m.

Peter and Mary Jansen moved to St. Albert in 1991 and are frequent guests at the International Children’s Festival of the Arts and assorted other family events across the province.

They have criss-crossed Canada performing coast-to-coast more times than they can count as well as Bermuda and the Nairobi slums in Kenya.

“In Africa, whenever we sang a song, the children always wanted to do something back,” said Peter, noting that despite the poverty, residents gave of themselves through their culture.

The couple’s prime audience is the three- to eight-year-old crowd. Peter slings a guitar and banjo. Mary plays guitar, keyboard and is the pair’s ventriloquist.

One of the songs the duo will sing is Kindness, an original piece they wrote 15 years ago for their annual performances at Hawrelak Park’s Earth Day.

“It’s a song that encourages us to be kind to the planet, each other and ourselves.”

Another favourite is the joyful Jambo, a Swahili adapted song that means hello and was widely sung in Nairobi’s slums.

In this time of climate change, the couple also revives Make Every Day Earth Day, a number that focuses on making simple changes.

“It encourages everyone to tread a little lighter on the planet each day, and how everyone can make a difference.”

Mary will also pull out her magic drawing board.

“We always ask one of the children to help us draw a picture and then they’re amazed when the picture comes to life.”

Mary is also bringing members of her ventriloquist puppet family. It could be the elderly Scottish Martha McHaggis, Ollie the fox or possibly Dexter, the smoke-blowing dragon. It's all a surprise.

The couple has performed family shows for more than 20 years lugging gear and travelling long distances. But they wouldn't change a thing.

“Children give you so much back. You can communicate with them more than any other audience. The biggest thing is that the concert will be a lot of fun for everybody and there’ll be lots of involvement.”

Although The Peter and Mary Show is free, participants are requested to register by calling the children’s desk at 780-459-1532 or going online at sapl.ca.