Pandemic proofing is now part of the new theatre experience
Sep 26, 2020 8:00 AM By: Anna Borowiecki 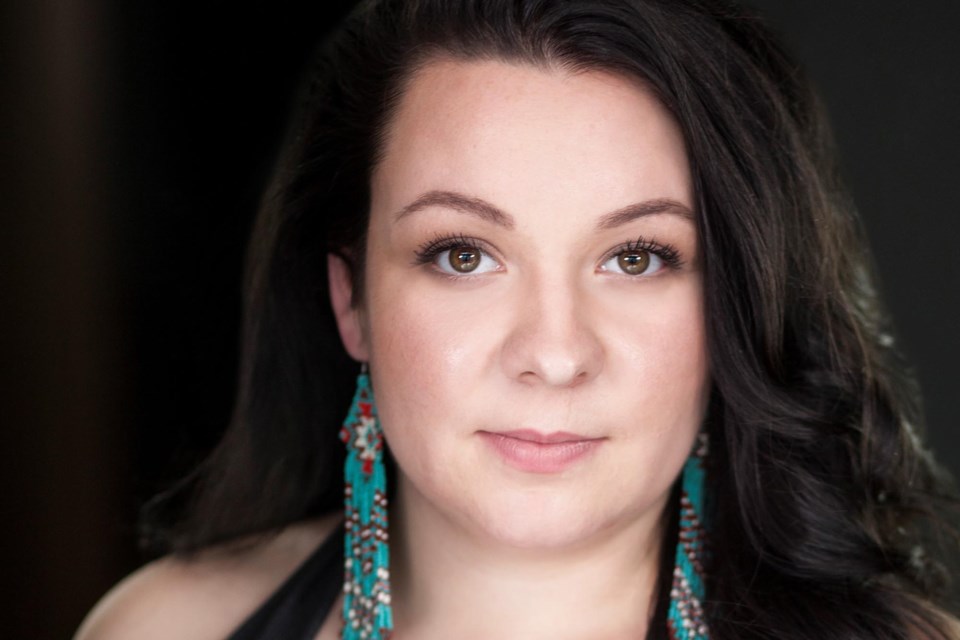 As part of the Horizon Series Live, Tai Amy Grauman stars as Mary in Mary's Wedding: A Métis Love Story playing out at the Citadel Theatre from Nov. 28 to Dec. 20.

Daryl Cloran, artistic director of Citadel Theatre, appears to have drafted a soundproof plan for a live theatre comeback. He just announced the Horizon Series Live, a three-show lineup starting in October.

“I’m really excited to be back in the theatre. At the end of August when we got together for Horizon Labs, everyone teared up. But to get productions back in the Shoctor (Theatre) – it really made us think outside the box. And we are excited to work with our new associate artists and see what they get excited about,” said Cloran.

The three-part Horizon Series is their autumn jewel, a colourful collection of plays that launches with A Brimful of Asha in October; Mary’s Wedding: A Métis Love Story in November, and an as-of-yet unnamed third production that closes the series in January 2020.

A Brimful of Asha is a critically acclaimed story of a cultural and generational family clash. Canadian professional theatre artist Ravi Jain tells the comedic autobiographical story of his parents desire to arrange a marriage for him to a nice East Indian girl. Jain, instead, is focused on making his own decisions and building a career in theatre.

“I first met Ravi when I was working in Toronto and I went to see the play. What’s unique about this play is that Ravi, a trained professional was playing himself but Asha, his mother, was not an actor. They ripped away the fourth wall of theatre. It was very natural. It was as if we were sitting in their living room having a conversation. They even served samosas to the audience when they came in. It was very simple and very funny. Two different generations with two different beliefs,” Cloran said.

Instead of Jain and his mother Asha playing roles in this heartfelt two-hander, director Mieko Ouchi works with Vancouver actor Hamed Dar as Jain while Edmonton actress Nimet Kanji is Asha. The play runs Oct. 24 to Nov. 15.

Next up is playwright Stephen Massicotte’s beautiful award-winning Canadian classic with a twist, Mary’s Wedding: A Métis Love Story. It is the story of Mary and Charlie, two Métis people who find within their very different lives a love that transcends Alberta’s prairies and the bloody battlegrounds of the First World War.

Cloran states that Massicotte’s successful wartime romance was not written as a Métis story. However, Tai Amy Grauman, who also stars as Mary, requested Massicotte’s permission to give the play a Métis interpretation.

“She did very little adaptation in shifting the lens to Métis culture. In the original, Mary was British. Still, the story is Stephen’s work,” Cloran said. The 90-minute play runs Nov. 28 to Dec. 20.

The third small-cast production running January 2021 will star Helen Belay. Since contract details are still under discussion, Cloran was keeping everything under wraps.

In keeping with Alberta Health Services guidelines, organizers hope to make patrons feel comfortable enough to enjoy the shared space. Taking pandemic proofing to heart, the Shoctor Theatre’s normal 681-seat capacity will only accommodate 100 patrons. Masks will also be required inside the theatre.

Cloran acknowledges that from the financial standpoint, it may be difficult to break even. However, with plans underway to also sell tickets for online performances, it could work.

Despite revenue setbacks, there is a great deal of optimism running through every department at the Citadel.

Northern Light Theatre has something special to celebrate
Oct 9, 2020 8:00 AM